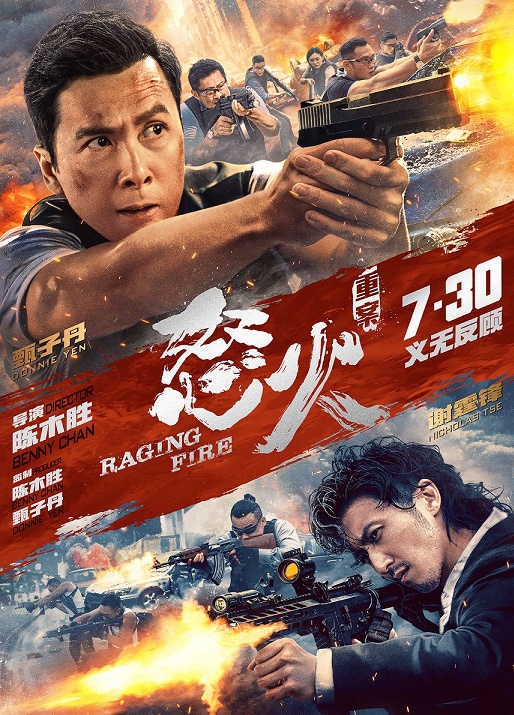 A poster of action film "Raging Fire". (Photo from the film's official account on Sina Weibo)

The film, telling a story about a police hunt for a gang of drug traffickers, ended its 23rd day of screening with daily earnings of 31.32 million yuan (around $4.82 million), accounting for 45.56 percent of the day's total.

It was followed by the animated film "White Snake 2: The Tribulation of the Green Snake," which raked in 7.03 million yuan on Saturday.