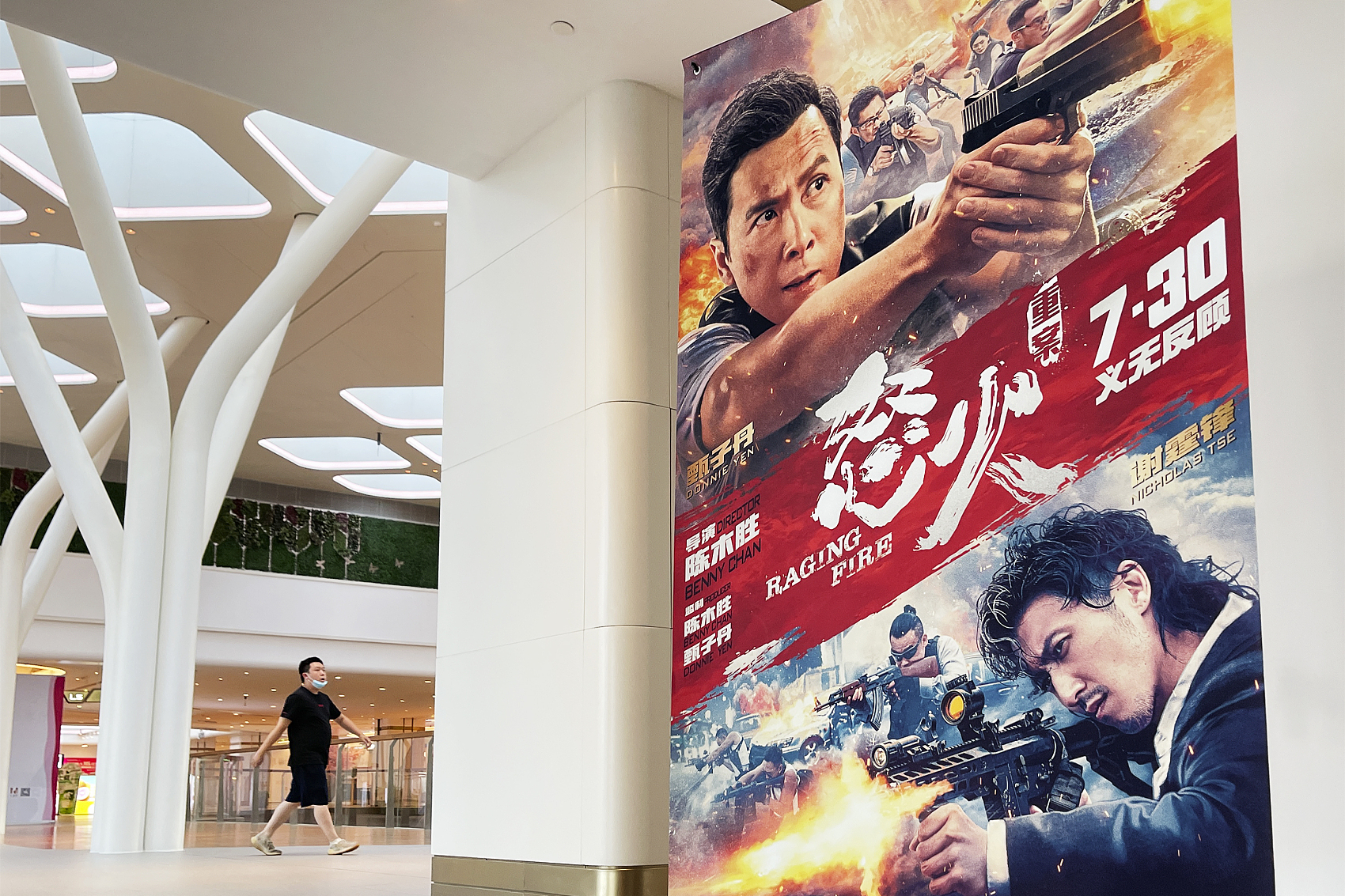 The film, telling a story about a police hunt for a drug-trafficking gang, ended its 27th day of screening with daily earnings of 14.37 million yuan (about 2.2 million U.S. dollars), bringing its total box office to 993 million yuan.

It was followed by Disney and Pixar's animation "Luca" which generated around 4.7 million yuan on its sixth day of screening.

Coming in third was domestic animated film "White Snake 2: The Tribulation of the Green Snake," contributing 4.06 million yuan to the box office on Wednesday.