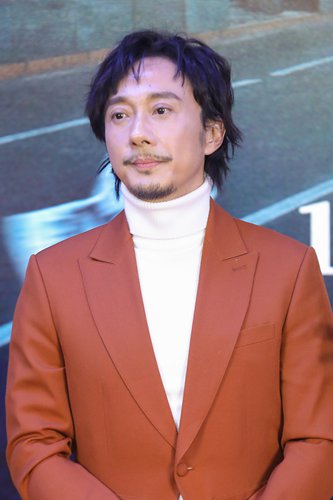 A Chinese-born actor is in hot water for "defending" Japanese invaders after he questioned on social media why they did not rob and destroy the Palace Museum in Beijing.  Netizens have accused Swedish actor Zhao Lixin, who was born in Central China's Henan Province and currently works in China, of excusing the Japanese for their war crimes. Well-known TV and movie actor Zhao, 51, asked on a Sina Weibo post on Tuesday "why didn't the Japanese steal relics from the Palace Museum and burn it down during the eight years the Japanese occupied Beijing? Is it in line with the nature of the invader?" which sparked heated controversy among netizens. Zhao was referring to the period between 1931 and 1945 when Japan invaded China.       The China Anti-Cult Association said Zhao's view is naïve, and clarified that in fact, there was an enormous effort in 1933 to save thousands of precious artifacts from the Forbidden City, in which many museum staff risked their lives to move them to southern China. However, many other relics did not escape destruction at the hands of Japanese invaders. Ziguangge, a Party magazine, also criticized Zhao's behavior on its Weibo account.  The posts circulated online as floods of netizens slammed Zhao. "Zhao does not only lack common sense about history but is also whitewashing the Japanese invaders' crimes," wrote one netizen.  Zhao on Wednesday deleted the post. He apologized and explained what he was trying to say.   He claimed his previous post came after he saw an article that said the Japanese invaders did not steal relics from the Palace Museum, and his question was intended to express his strong disagreement and shock.   He said his post was misunderstood by netizens. "I sincerely apologize for my inappropriately expressed post… I was not and will never defend the invaders… I strongly condemn the invaders," wrote Zhao. However, many netizens refused to buy it. The apology is more like surrendering to public pressure rather than someone showing true repentance, a Beijing-based entertainment agent surnamed Zhu told the Global Times on Wednesday. Celebrities should educate themselves and be self-aware rather than express opinions at will which cause chaos and mislead the public, Zhu said.  She said celebrities should help disseminate the idea of patriotism, respect the public and not deviate too much from mainstream social values.