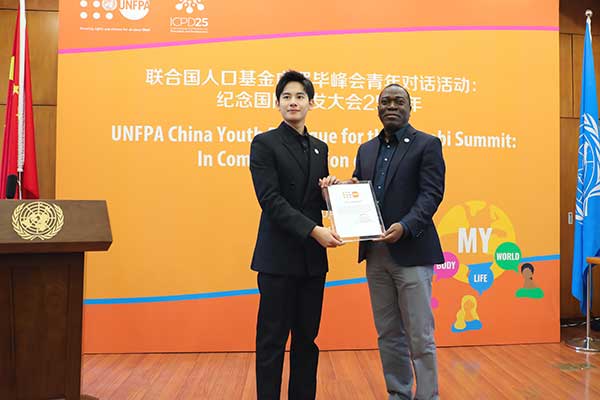 Hu Xianxu, a 19-year-old actor best known for the popular TV series A Love for Separation, was appointed by the United Nations Population Fund as a "China Youth Champion" in Beijing on Monday.

Now a sophomore at the Central Academy of Drama, Hu has participated multiple times in the UN organization's youth leadership program since last year.

In his speech at the Monday event, Hu encouraged youngsters to care about social and political issues, promote world peace and fight against violence and inequality.

"As far as I'm concerned, young people aged between 10 and 24 have surpassed 1.8 billion across the world, a number that is more than in any other period in history," he said, adding that it's important to expand youngsters' presence in social activities.

Hu, now followed by more than 3.1 million fans on the Twitter-like Sina Weibo, also said he will encourage more organizations and enterprises to attach more importance to youngsters and give them more support.

Next month, Hu will attend the Nairobi Summit held by the United Nations Population Fund in Kenya as a representative of Chinese young people. He and other young people from participating countries will exchange views about global sustainable development. 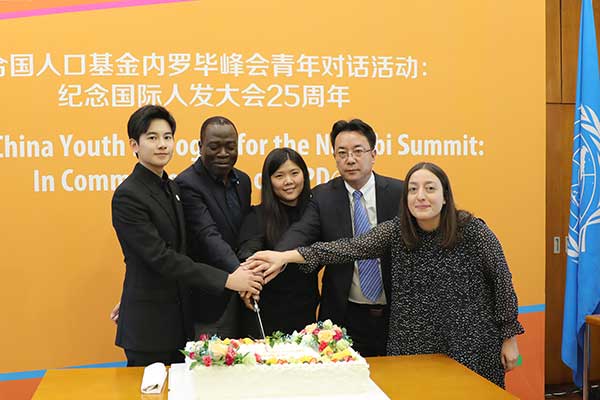