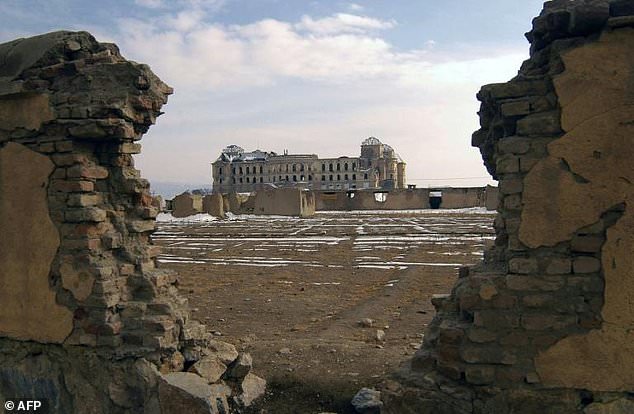 Inside an imposing building in Kabul, a team of welders hastily fuse a sweeping metal bannister to a grand staircase. Outside, gardeners spray torrents of water over the parched earth, willing the grass to grow.

They have just days to finish a total renovation of the once-ruined Darulaman Palace, a hulking showpiece of Afghan architecture that came to symbolise the country's turmoils during decades of war.

With questions looming over Afghanistan's future and a possible deal between the US and the Taliban imminent, the war-torn nation is this month hoping to briefly celebrate its past -- and Darulaman will be the centrepiece.

Work at the famed palace must be completed by August 19, the date marking 100 years of Afghan independence from Britain, when President Ashraf Ghani will inaugurate the newly renovated structure.

The final use for Darulaman -- which means "Abode of Peace" -- has not been finalised, but at least part will be turned into a museum.

Perched on a hill with an imposing view of Kabul, Darulaman was a total wreck until recently. Its roof was destroyed, its walls crumbling and pock-marked by bullet holes, and the once-magnificent neo-classical exterior covered in graffiti and appearing close to collapse.

But in 2016 Ghani ordered the palace's renovation and, after finalising design plans, construction work began in earnest in March 2018.

Project manager Javid Hammad said reconstructing Darulaman is vital to Afghanistan, as the work promises a new beginning after so much conflict.

"The message of the Darulaman Palace is a message of peace, security, brotherhood and coexistence," Hammad told AFP during a recent tour of the site, where about 500 workers are toiling round the clock to get the job done.

The $10.5-million renovation has been a boon to Kabul's workforce. Cedar trimmings in high-ceilinged rooms that come from Kunar province in the west, and marble fittings from the western city of Herat mean businesses around the country have benefitted.

Designed by German engineers for King Amanullah Khan in the early 1920s, Darulaman Palace was originally intended to be the location for Afghanistan's new parliament.

But over the years, due to shifting political currents, it has also seen a string of other uses including as a home for various government ministeries, a medical school and a museum.

It was gutted by fire in 1968, and since then has been repeatedly caught up in Afghanistan's conflicts.

It was again set ablaze during a coup attempt in 1978, and was subsequently shelled during fighting in the 1990s.

Afghans today are nervously awaiting the outcome of a deal between the US and the Taliban.

The Pentagon is widely expected to cut its troop presence in return for various guarantees from its longtime foe, but many in Afghanistan do not trust the insurgents and worry they will try to seize power.