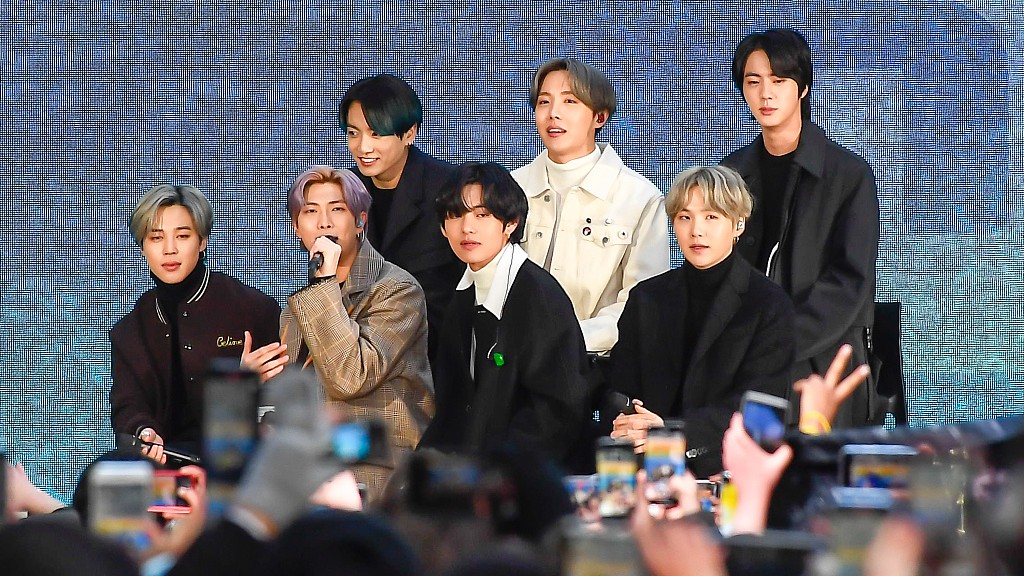 Fresh from scoring Korea's first-ever no. 1 hit on the main U.S. Billboard music chart, K-pop juggernaut BTS on Wednesday set its sights on a standalone performance at next year's Grammy Awards – and maybe a trophy or two.

Since its 2013 debut, the seven-member South Korean boy band has surfed the global K-pop craze to dizzying heights. On Monday it landed top spot in the Billboard Hot 100 chart with breezy disco hit "Dynamite," a first all-English language single that's been lapped up by mainstream U.S. pop fans.

For BTS, the global smash – with a YouTube video that's already racked up 275 million views – raises hopes of glory at the Grammies - the band performed there earlier this year alongside rapper Lil Nas X, but has never been nominated for an award.

"The Grammies is the place that all artists would dream of, and we're hoping that we will be able to stage our own performance, secure nominations and if possible, win an award," said band leader and rapper RM, 25, speaking alongside his bandmates during on online news conference on Wednesday. 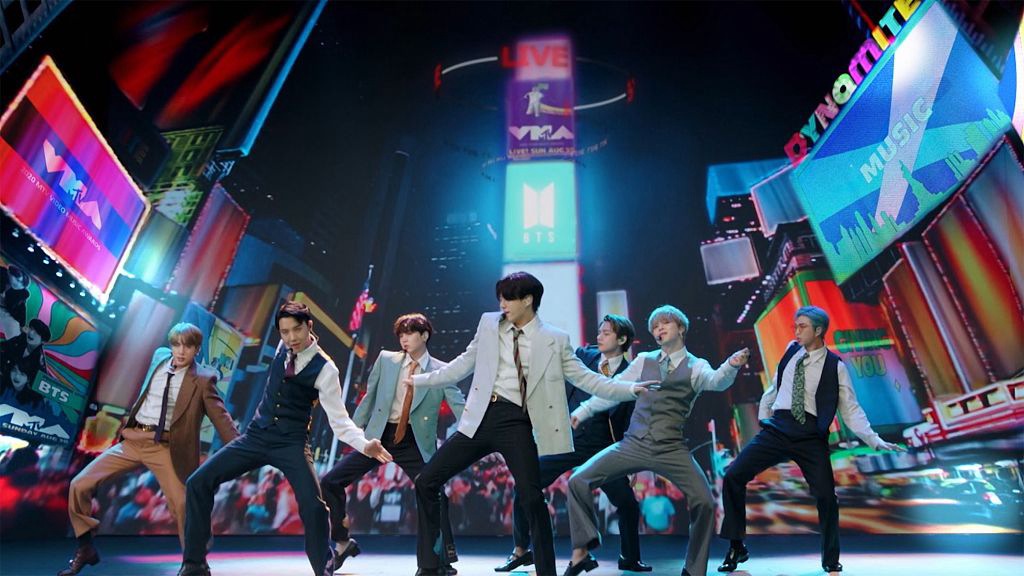 Handout image of K-pop boy band BTS performing from South Korea during the 2020 MTV Video Music Awards, being held virtually amid the coronavirus pandemic, broadcast on August 30, 2020 in New York.

Members said the Billboard achievement still didn't "feel real," lamenting being unable to celebrate it with fans as the coronavirus pandemic prompted them to cancel a scheduled world tour.

"All the performances and concerts we had always held have now become a dream," said RM, whose real name is Kim Nam-joon. "But we still want to do an outdoor show some day, inviting many people and throwing a festival at a big square."

BTS boasts an extensive global fanbase, collectively called "ARMY," who together with the band have been active on social media supporting social and humanitarian campaigns, as well as raising more than one million U.S. dollars in funds for the Black Lives Matter movement. 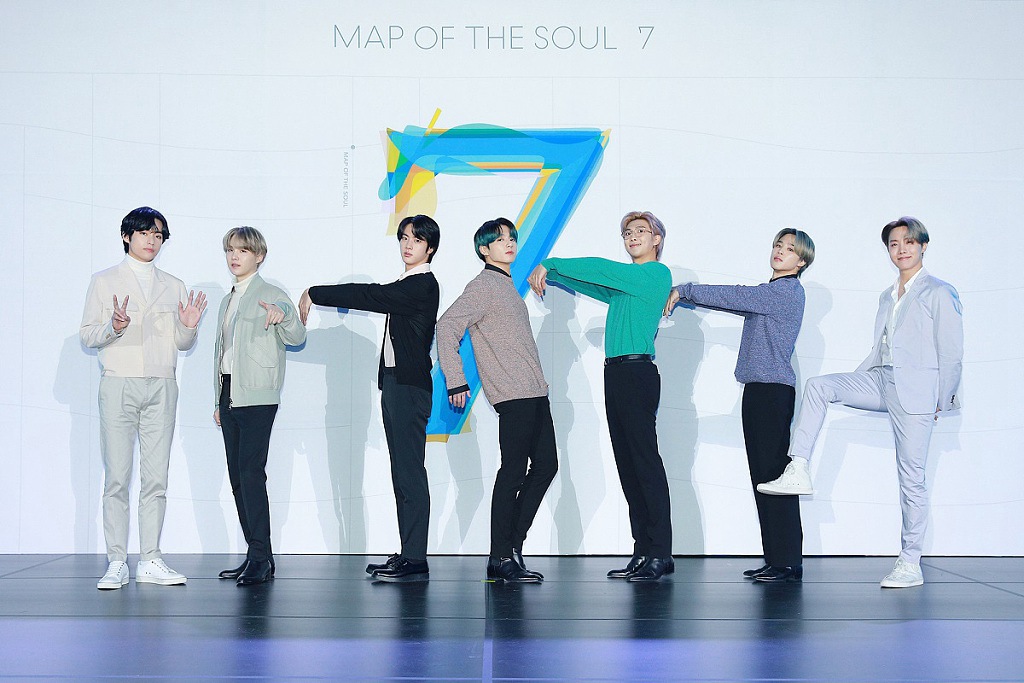 File of BTS members attending press conference of their new album "Map of the Soul: 7" in Seoul, South Korea.

While the group's introspective 2018 album "Love Yourself: Tear" was aimed at showing fans how the young stars dealt with and overcame doubts and fears, the new single was designed to give energy to fans who might be grappling with coronavirus gloom, the band said.

"Everyone should join hands to help fight the pandemic, in which lifting people's spirits is vital," said vocalist Jimin.

"What we should and can do is to give a bit of comfort and refresh them, that's another goal of ours," the 24-year-old said.