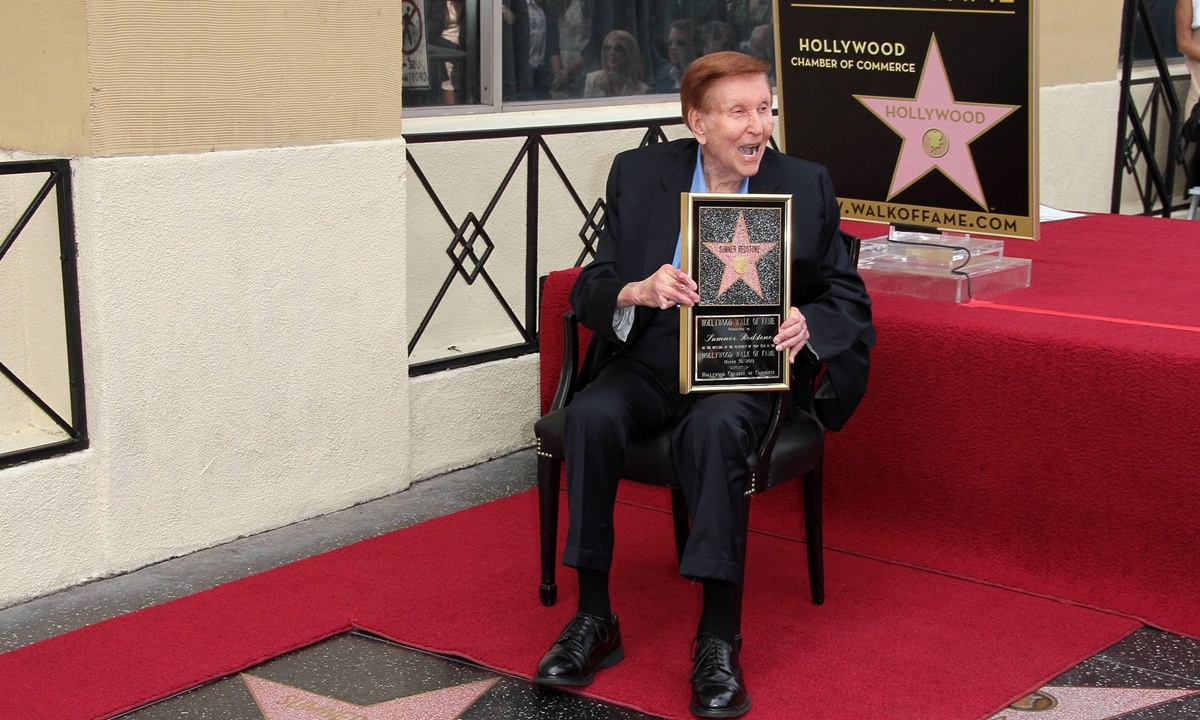 Sumner Redstone, who rose from modest beginnings to lead one of the most powerful Hollywood and television empires and became enmeshed in battles worthy of a TV soap opera, has died at age 97 after years of declining health.

Statements from ViacomCBS and his National Amusements holding company which holds a controlling stake in the media-entertainment group announced that Redstone died late Tuesday.

Redstone built his empire from a movie theater chain into a media-entertainment powerhouse, maintaining leadership of the enterprise and prominence in the industry well into his 80s.

In the 1980s, Redstone engineered a hostile takeover of Viacom, a spinoff of the CBS network that had become a major player in cable television and included the popular MTV music channel and the children's channel Nickelodeon.

He later acquired Paramount Pictures, one of the major Hollywood studios, Blockbuster Entertainment and then led a merger with CBS.

In 2006, Viacom spun off CBS, separating the faster-growing cinema operations from the more sluggish broadcast assets, but Redstone remained in control of both through his holding company.

The two firms reunited in 2019 to become ViacomCBS.

In recent years, Redstone had been involved in drawn-out litigation over his health and mental competency - amid a bitter family feud that often reached soap opera levels of drama.

His daughter Shari Redstone effectively controlled the empire with her father in reclusion, but other family members alleged he was manipulated by his daughter.

His granddaughter Keryn Redstone allied herself with the billionaire's ex-girlfriend Manuela Herzer, who had been waging a battle to have the ailing mogul declared incompetent.

At 92, Redstone stepped back from an operational role and became chairman emeritus at both CBS and Viacom amid a court battle over his mental fitness.

He was born in 1923 as Sumner Murray Rothstein to a Jewish family in Boston where his father worked as a linoleum salesman.

The family name was changed in 1940 to Redstone - a literal translation from Yiddish - amid anti-Semitism in the era.

In his 2001 autobiography, A Passion to Win, Redstone recounted selling hot dogs at the snack bar of a drive-in movie theater his father had acquired, calling it "my introduction to the high-powered world of media and entertainment."

He enrolled at Harvard University but left before graduating in 1943 to join the US army in World War II, working as a codebreaker.

In his book, he writes that his knowledge of Japanese had helped him to crack codes, contributing to the war effort.

After the war, he was awarded a degree from Harvard and later earned a law degree.

He then joined his father's company, which at that time managed a chain of cinema houses.

He renamed the group National Amusements and turned it into one of the largest movie house operators in the country, popularizing the "mulitplex" concept.

In 1987, Redstone led a hostile takeover of Viacom that pushed him into the national spotlight. He later won a bidding war for CBS.

In recent years, his mental competency was in the background amid battles for control of the two media giants, amid concerns the companies were losing ground in an industry shifting to online streaming services from Netflix, Amazon and others.

Another battle played out at CBS where the Redstone family fought to prevent a dilution of their voting shares, before the 2019 merger that left Shari Redstone as chair.