CULTURE Ahead of 'The Irishman', Scorsese and De Niro look back

Ahead of 'The Irishman', Scorsese and De Niro look back 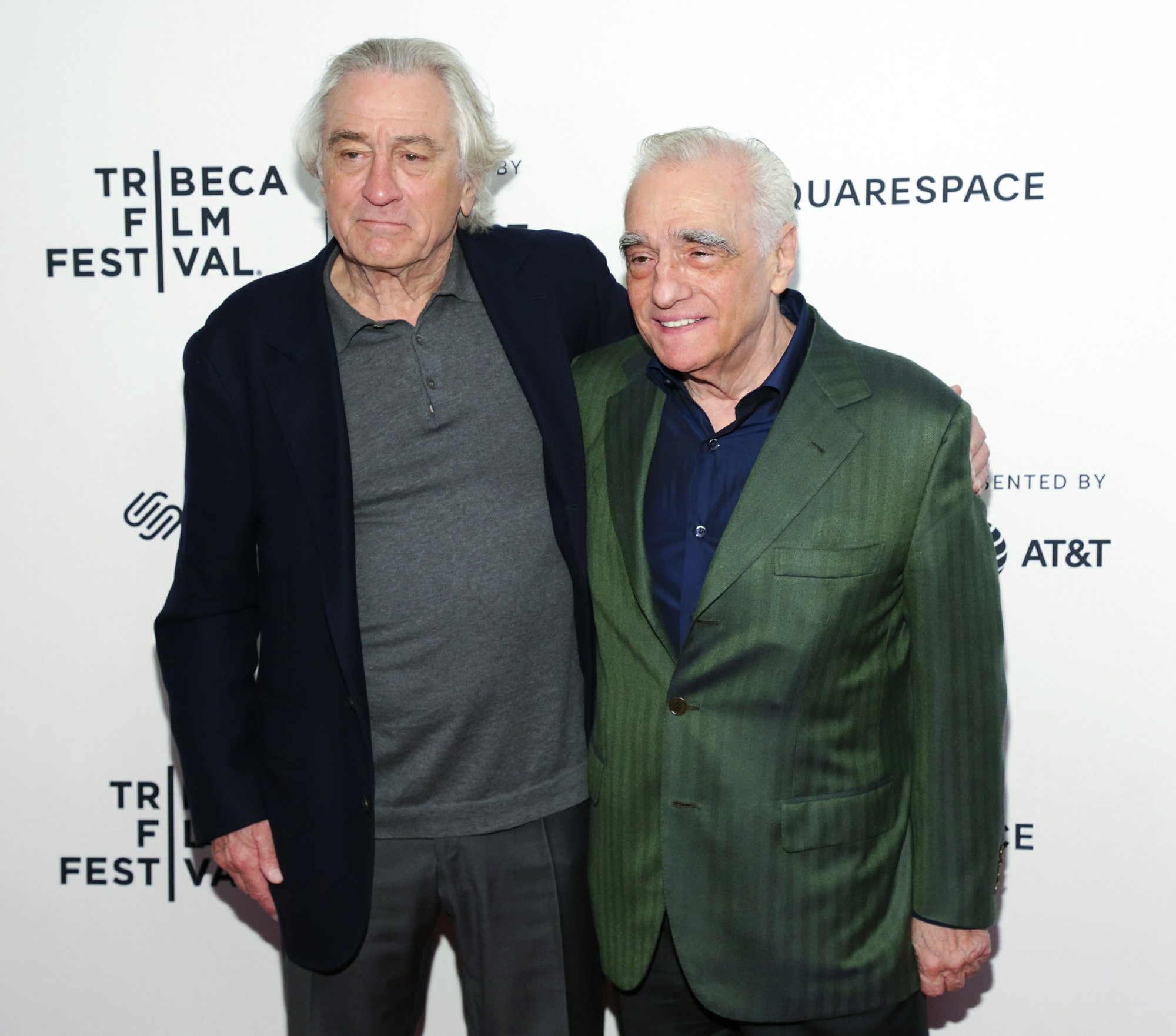 Ahead of their much-anticipated and most recent collaboration, “The Irishman,” Martin Scorsese and Robert De Niro convened at the Tribeca Film Festival to look back on their long partnership together.

The talk, staged Sunday at New York’s Beacon Theatre, gave De Niro, co-founder of the festival, one of his most unlikely roles to date: interviewer. With interstitial clips chosen by Scorsese from the director’s filmography, the famously terse actor didn’t so much pepper or prod the filmmaker as occasionally announce it was time to discuss “the next one.”

But if the conversation relied largely on Scorsese, it still offered a window into their long-running collaboration. Begun with 1973′s “Mean Streets” and stretching over nine feature films, it’s one of the most famous director-actor pairs in cinema. One of Scorsese’s other regulars, Leonardo DiCaprio, was among the full crowd, eager to see the legendary New York duo together.

“The Irishman,” which Netflix will release this fall, is their latest gangster film together, following “Mean Streets,” ″Goodfellas” and “Casino.” It’s based on the 2003 book “I Heard You Paint Houses” by Charles Brandt, which recounts the life of mob hitman Frank “The Irishman” Sheeran (played by De Niro). Al Pacino plays Jimmy Hoffa, whose disappearance some have traced to Sheeran.

“It’s in the milieu of the pictures we’ve done together and are known for, in a sense, but I hope from a different vantage point,” said Scorsese. “Years have gone by and we see things in a special way, I hope.”

Though its release is months away, “The Irishman” — one of Netflix’s biggest-budgeted films yet — has already become the new flash point of the ongoing battle between Netflix and movie theaters. The major chains have refused to play releases that don’t abide to the traditional exclusive 90-day theatrical window. Netflix has said that doesn’t serve the interests of its millions of members.

How Scorsese will navigate those divisions is being closely watched. The 76-year-old filmmaker is among the most respected in movies, and has long been a devoted advocate of film history and film preservation.

The director didn’t wade into those issues Sunday, but he spoke about how “Irishman” reverberates with themes that have long propelled him. “Casino,” he said, relates to what he considers a current “cultural explosion.”

“It’s the old story: How much is enough?” said Scorsese. “It has to do with our foibles and our pride. It just so happens (to be told with) gangsters and killers and prostitutes and gamblers.”

Scorsese said that “The Irishman” will, like “Casino” did with the score from Jean-Luc Godard’s “Contempt,” include music from another film. He also said his last feature, “Silence,” his 2016 religion epic about Jesuit priests in feudal Japan, connects with “The Irishman.”

“Terry Malick wrote me a letter when he saw the picture. He said: ‘What does Christ want from us?’” said Scorsese. “In the old neighborhood, I saw some of the people doing terrible things. But they still had something in them. They cared for each other.”

Scorsese is also prepping the release of his documentary “Rolling Thunder Revue: A Bob Dylan Story,” which will debut on Netflix on June 12. The film will play in a concurrent Oscar-qualifying release in a handful of theaters, as well as “road show” screenings the night before release in some 20 cities.

Music was a constant theme to Scorsese on Sunday — he said it often tells him how to move the camera — as was his enduring interest in gangster films. Alluding to “The Irishman” while discussing “Goodfellas,” Scorsese said the genre can contain everything.

“We find that we keep going back to that world because I think we’re trying to get to what’s essential,” said Scorsese. “The microcosm is a macrocosm.”