Paris (AFP) - Urban air pollution, mostly from vehicles, is associated with an increased risk of dementia, according to research published Wednesday. 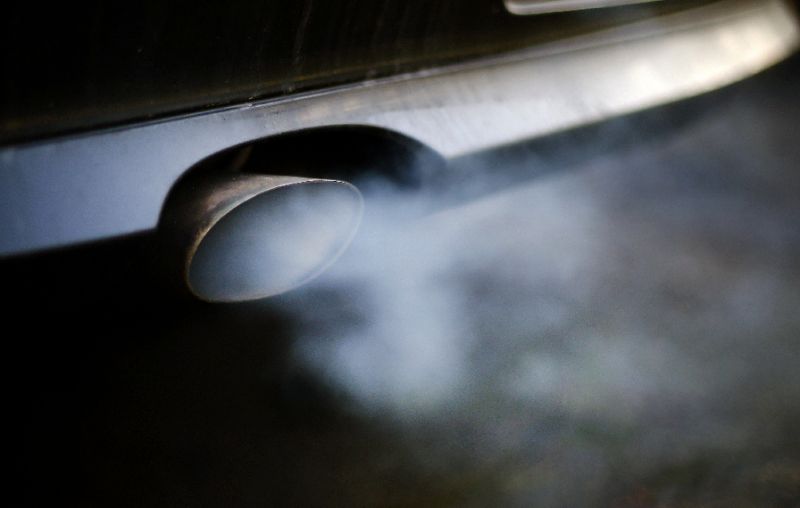 Chemicals cast off by tail-pipe pollution such as nitrogen dioxide (NO2) and soot are known to boost the risk for heart disease, stroke and respiratory problems (Photo: AFP)

The link remained even after heavy drinking, smoking and other well established risk factors for dementia were ruled out, the researchers reported in medical journal BMJ Open.

Worldwide, about seven percent of people over 65 suffer from Alzheimer's or some form of dementia, a percentage that rises to 40 percent above the age of 85.

The number afflicted worldwide is expected to nearly triple by 2050, posing a huge challenge to healthcare systems.

"Primary prevention of all dementia is a major global public health concern for the coming decades," the researchers wrote.

Chemicals cast off by tailpipe pollution such as nitrogen dioxide (NO2) and soot are known to boost the risk for heart disease, stroke and respiratory problems, especially asthma.

But whether they also make Alzheimer's and other kinds of dementia more likely has remained unclear.

To find out more, a team of researchers led by Iain Carey of the University of London's Population Health Research Institute combed through health records for 131,000 people living in Greater London who, in 2004, were aged 50 to 79.

None showed signs of dementia when the study began.

Based on residential addresses, the scientists estimated yearly exposure to both NO2 and fine particulates known as PM2.5, and then tracked the health of the participants over a seven-year period.

During that time, nearly 2,200 patients -- 1.7 percent of the total -- were diagnosed with dementia.

The fifth of these patients living in the most heavily polluted areas were 40 percent more likely to be afflicted than the fifth residing in areas with the least NO2 and PM2.5.

Because the study was based on after-the-fact analysis rather than a clinical trial in an experimental setting, no firm conclusions can be drawn as to cause-and-effect, the authors cautioned.

But the findings strongly suggest that the chemical byproducts of burning diesel and petrol can damage brain function.

"Traffic-related air pollution has been linked to poorer cognitive development in young children," the study noted.

And even if the impact of air pollution remains relatively modest, they added, "the public health gains would be significant if it emerged that curbing exposure might delay progression of dementia."

The study was welcomed by experts who reviewed it before publication.

"There is a growing body of evidence of the link between air pollution and brain health, including dementia and Alzheimer's," said Martie Van Tongeren, a professor of occupational and environmental health at the University of Manchester.

Kevin McConway of the Open University praised the study but noted that it only estimated exposure to pollutants at home, and did not account for NO2 and PM2.5 levels at or near places of work, or the amount of time spent away from home.

In September 2015, the US Environmental Protection Agency revealed that German car manufacturer VW has installed so-called "defeat devices" in its cars to cheat in emissions tests.

The European Environment Agency estimates that more than 400,000 people in Europe's urban areas die prematurely every year due to outdoor air pollution.