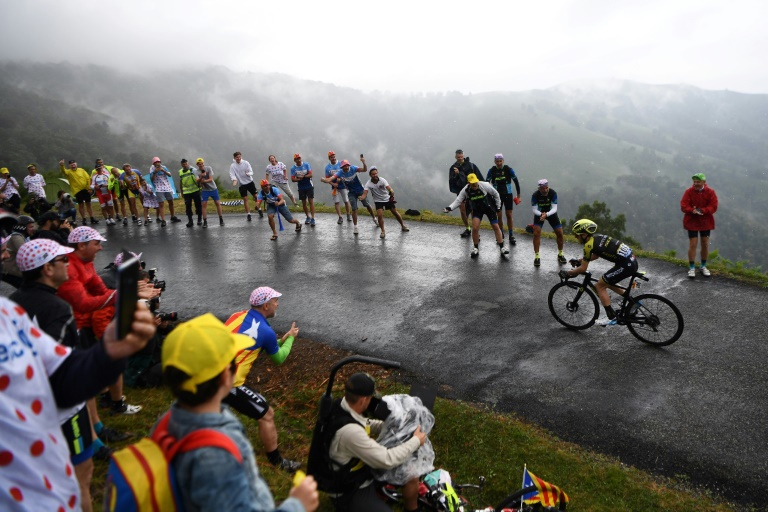 Few believed Frenchman Alaphilippe would emerge from two daunting summit finishes in the Pyrenees with the lead, but at the Foix Prat d'Albi finish he donned the yellow jersey for an astonishing 11th time as reward for his swashbuckling performances that have lit up this tour.

Thomas struggled on the final climb into the clouds, but then closed the gap on the leader to 1min 35sec, launching a late burst afer initially looking like he was going to drop precious time.

French fans could argue that Thibaut Pinot, who now stands at 1min 50sec behind Alaphilippe in fourth spot, had an argument for performance of the day after winning Saturday's stage and then leaving all the chief contenders behind him after attacking halfway up the Prat d'Albi 11km ascent.