CULTURE All you need to know about United Nations Day

All you need to know about United Nations Day 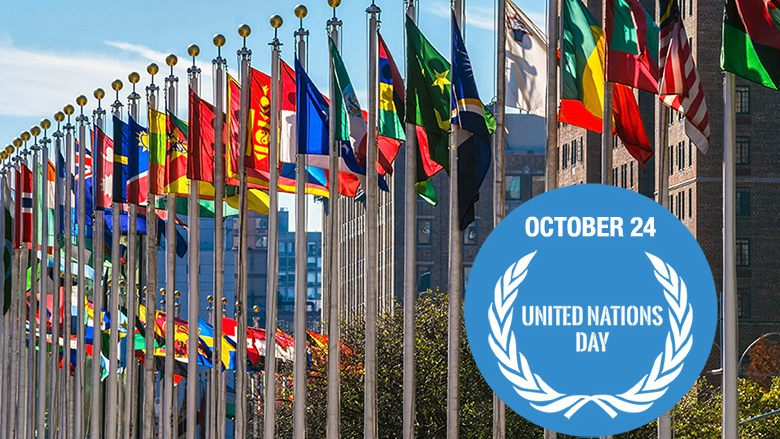 Wednesday marks the United Nations (UN) Day, which commemorates the anniversary of the entry into force of the UN Charter in 1945. With the ratification of this founding document by the majority of its signatories, including the five permanent members of the Security Council, the UN officially came into being.

As the world's only truly universal global organization, the UN has become the designated place to address issues that transcend national boundaries and cannot be resolved by any one country acting alone.

Since its establishment, the interstate organization has made considerable achievements in food aid, assistance, refugees, children protection, peacekeeping, and counter-terrorism, among other causes.

However, it is also facing challenges from growing unilateralism as the US, under the leadership of President Donald Trump, looks with contempt at the UN and tends to bypass it.

Why do we celebrate UN Day?

The UN Day is celebrated to bring awareness to what the UN does.

The purpose of the UN is to "preserve peace, advance justice and constitute a permanent structure for international cooperation." In other words, it acts as a world forum to help countries work together to achieve peace and human rights.

It provides food and assistance to 80 million people in 80 countries, supplies vaccines to 45 percent of the world's children, assists and protects 65.3 million people escaping war, famine and persecution, and works with about 195 nations on climate change-related issues, among many others.

hallenges facing the UN in the age of Trump

Trump once wrote on Twitter that "The United Nations has such great potential but right now it is just a club for people to get together, talk and have a good time. So sad!"

Trump's unilateral decisions include pulling the US out of series of international organizations or agreements.

Since January 2017, the US has withdrawn from the UN Population Fund, the Paris Accord on climate change, the UN-led Global Compact on Migration, the UNESCO, and the UN Human Rights Council, and has proposed drastic cuts in voluntary contributions to UN agencies. Washington's latest unilateral move is its departure from the UN Universal Postal Union.

There's no denying that the UN has been plagued by corruption and mismanagement, which Trump has often complained about.

However, Trump's defiance of the UN will affect the body's authority when the world still needs the UN to resolve complex collective problems, which are not confined within national borders.

In a video message released ahead of the UN Day, Secretary-General Antonio Guterres said despite the odds and obstacles, and growing inequality, "We don't give up because we know by reducing inequality we increase hope and opportunity and peace around the world."

The UN chief made clear the organization's determination to implement climate action, fight for human rights and peace that everyone deserves to enjoy.

"On United Nations Day, let us reaffirm our commitment. To repair broken trust. To heal our planet. To leave no one behind. To uphold dignity for one and all, as united nations."