Almost half World Heritage sites could lose glaciers by 2100: study 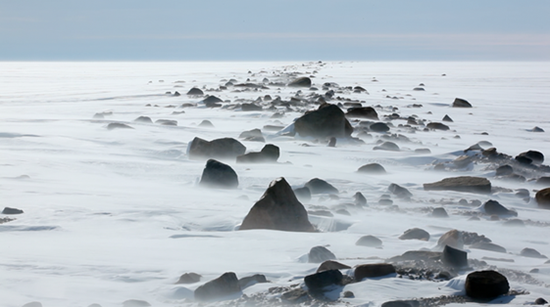 Glaciers are set to disappear entirely from nearly half of World Heritage sites if current emissions continue, the first global study of glaciers at those locations said Wednesday.

Co-authored by scientists from the International Union for Conservation of Nature (IUCN) in Gland near Geneva, the study is published in full in the journal Earth's Future.

The authors predict glacier extinction by 2100 under a high emission scenario in 21 of the 46 natural World Heritage sites where glaciers are currently found.

The study also expects that 33 percent to 60 percent of the total ice volume present in 2017 will be lost by 2100, depending on the emission scenario.

Even under a low emission scenario, 8 of the 46 World Heritage sites will be ice-free by 2100, it forecasts.

"Losing these iconic glaciers would be a tragedy and have major consequences for the availability of water resources, sea level rise, and weather patterns," said Peter Shadie, Director of IUCN's World Heritage Program.

"This unprecedented decline could also jeopardize the listing of the sites in question on the World Heritage list. States must reinforce their commitments to combat climate change and step up efforts to preserve these glaciers for future generations."

The IUCN said the sites are home to some of the world's most iconic glaciers, such as the Grosser Aletschgletscher in the Swiss Alps, Khumbu Glacier in the Himalayas or Greenland's Jakobshavn Isbrae.

The study is titled "Disappearing World Heritage glaciers as a keystone of nature conservation in a changing climate".

It combines data from a global glacier inventory, a review of existing literature and sophisticated computer modeling to analyze the current state of World Heritage glaciers, their recent evolution, and their projected mass change over the 21st century.

The authors of the study also developed the first ever inventory of glaciers on the UNESCO World Heritage list, documenting about 19,000 glaciers present in 46 out of the 247 natural World Heritage sites.