CULTURE Alongside Cannes mainstays, fresh faces try to stand out

Alongside Cannes mainstays, fresh faces try to stand out 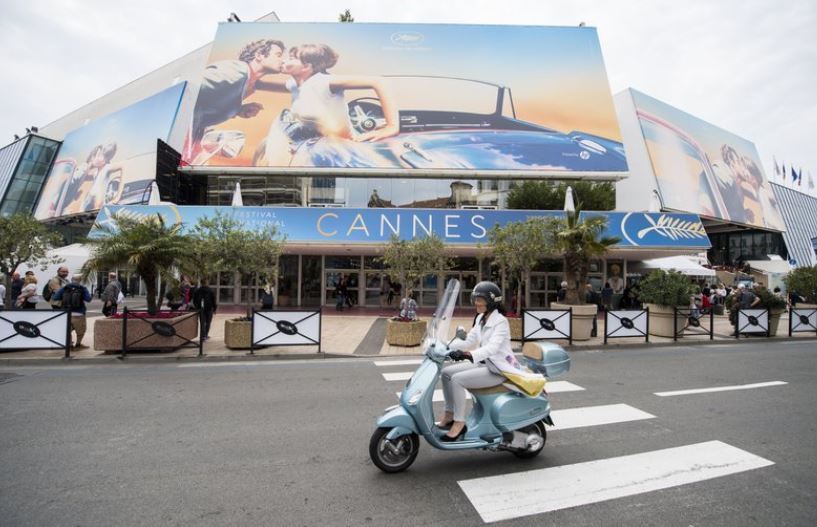 Mati Diop only realized long after her Dakar-set “Atlantics” had been selected to premiere at the Cannes Film Festival that she had made history. Diop, the 36-year-old French-born filmmaker of Senegalese heritage, is the first black woman in competition for Cannes’ top honor, the Palme d’Or.

The 72nd Cannes Film Festival, which opens Tuesday will feature a lot of familiar faces who have long made Cannes their home, including Pedro Almodóvar, Ken Loach and Jim Jarmusch, whose zombie comedy “The Dead Don’t Die” will open the festival and mark the director’s ninth time in competition in Cannes.

But Cannes is also where a new cinematic voice can be catapulted onto cinema’s world stage. Diop, who has made a number of acclaimed shorts and who starred in Claire Denis’ “35 Shots of Rum,” will make her feature film debut in Cannes. She’s one of four female directors in the festival’s 21-film main slate, which ties Cannes’ previous high, in 2011.

“I’ve been through all kinds of different emotions from the announcement until now,” said Diop by phone in Paris where she was busy putting the finishing touches on “Atlantics.” ″But it’s very stimulating for me to be part of this specific edition that is remarkable for its novelty. It’s a selection in which there are more women, in which there are first feature films, where Africa is represented.

“This gives me the feeling of being part of some new excitement,” she added. “In a way, it’s a turning point for the festival.”

Whether this year’s edition of Cannes will indeed open a new chapter in the prestigious 72-year history of the French Riviera festival remains to be seen. Certainly, the tremors of last year’s Cannes — where 82 women protested gender inequality on the red-carpeted steps of the Palais des Festivals — are still being felt.

One of the primary figures of that demonstration was Agnes Varda, the French New Wave pioneer who died in March at 90. As a tribute, this year’s official Cannes poster is a picture of Varda shooting her first feature, 1955′s “La Pointe Courte,” peering through a raised camera while standing on the back of a man.

Whether Cannes has done enough to adjust to the #MeToo era is sure to be a prominent subject throughout the festival. This year’s selection committee, for the first time, was half women. Still, some have criticized the festival’s selections — about 25 percent directed by women, in total — as a slight and unconvincing improvement. (By comparison, women directed 40 percent of the Berlin Film Festival’s selections, and 46 percent of those at Sundance.)