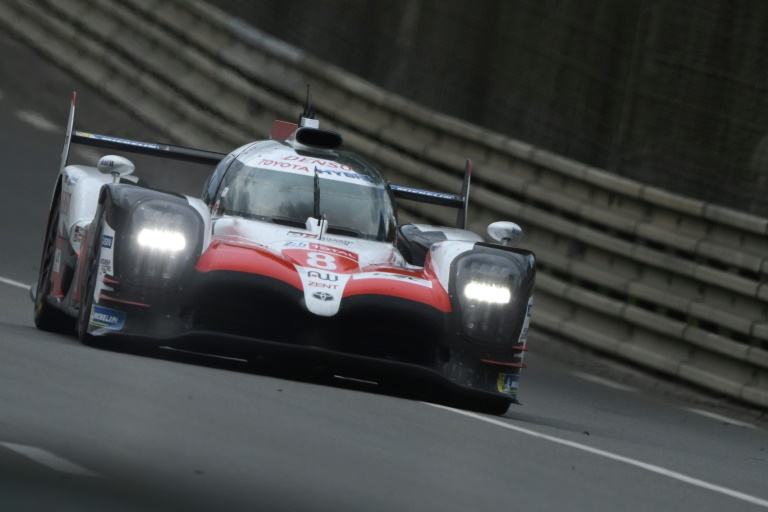 The fact Formula 1 star Fernando Alonso is racing the 24 Hours of Le Mans has focussed many people's attention on the endurance race, his Toyota teammate Sebastien Buemi said on Wednesday (Photo: AFP)

The fact Formula 1 star Fernando Alonso is racing the 24 Hours of Le Mans has focussed many people's attention on the endurance race, his Toyota teammate Sebastien Buemi said on Wednesday.

"It's a bit like a restaurant. When it's empty nobody goes in, but when it's full, people will queue outside," the Swiss driver said.

Alonso, the 36-year-old F1 world champion in 2005 and 2006, is scheduled to race six legs of the World Endurance Championships with Toyota this season, including Le Mans.

The Spaniard is serious about his ambition of becoming only the second driver to complete motor-racing's triple crown of the Monaco GP, the Indy 500 and Le Mans, after Britain's Graham Hill.

But he has some stiff competition this weekend as nine former or current F1 drivers are on the Le Mans grid.

"It's really cool," said Buemi, formerly of F1 team Toro Rosso. "It's a beautiful race with better and better cars."

Alonso won the Six Hours of Spa, his first race in the World Endurance Championship in May, sharing the driving with Kazuki Nakajima of Japan and Buemi.

Alonso also shone at the Indy 500 in the United States last year before his Honda suffered engine failure.

The McLaren driver said he would have to learn to curb his F1 instincts in the endurance races.

"In Formula 1 you go flat out on everything but here (at Spa) it's often the opposite, for example on braking," he explained in Belgium.