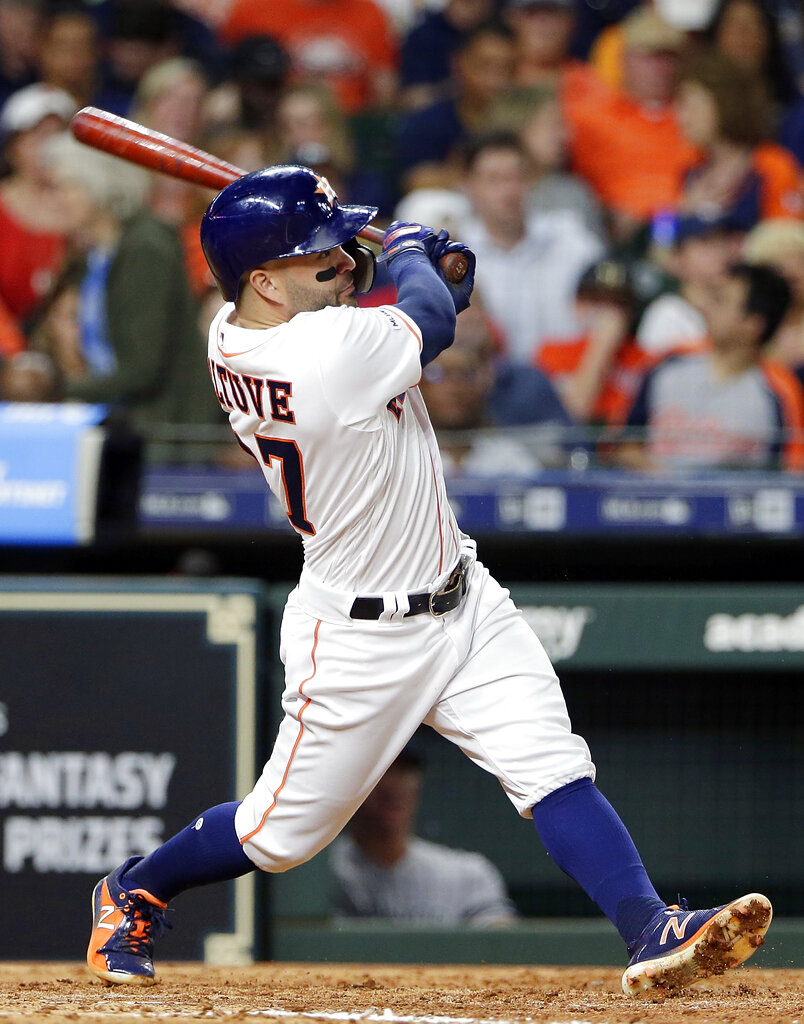 The Astros needed late-game comebacks to win the first two games of the series but used a four-run fifth inning to break the finale open and held on for their sixth straight win despite a big eighth inning by the Yankees.

It's the first time since 2004 the Astros have swept a homestand of at least two series. They beat the Athletics three times this weekend before the Yankees arrived.

Altuve, who has homered in three straight games, hit his first one off James Paxton (1-2) to tie it at 1 in the first inning after Brett Gardner hit a leadoff homer for New York.

The Astros were up by 1 with no outs in the fifth inning when Altuve connected off Paxton again. The towering shot clanged off the light pole atop the wall in left field to make it 4-2. 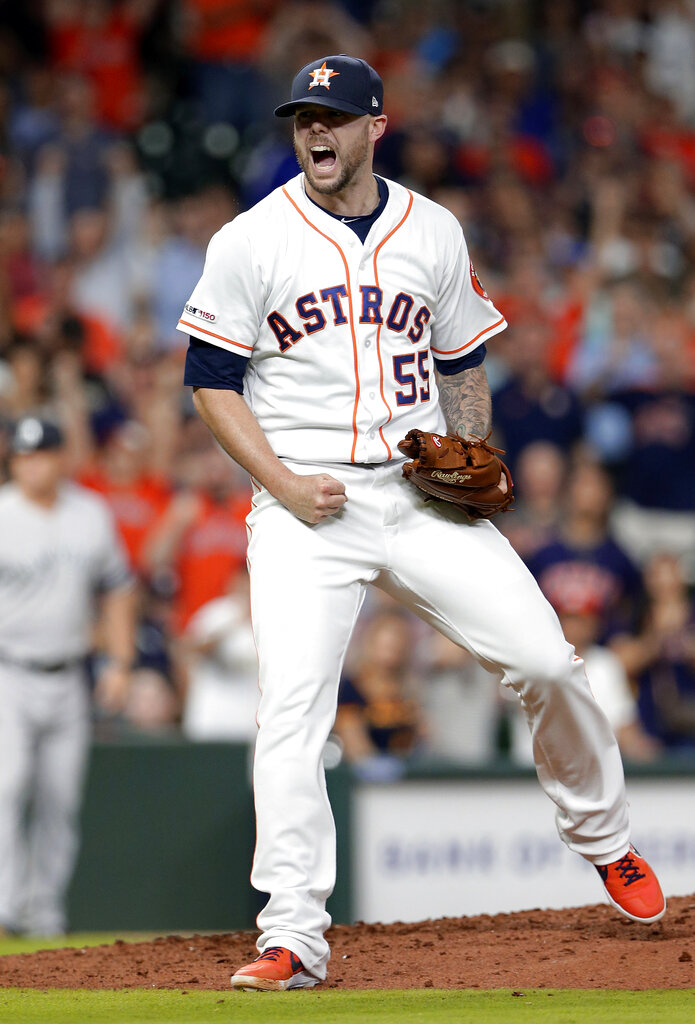 A single by Michael Brantley chased Paxton, who was replaced by Tommy Kahnle. He was greeted by a two-run home run by Correa that extended Houston's lead to 6-2. Houston made it 7-2 on an RBI single by Jake Marisnick with two outs in the inning.