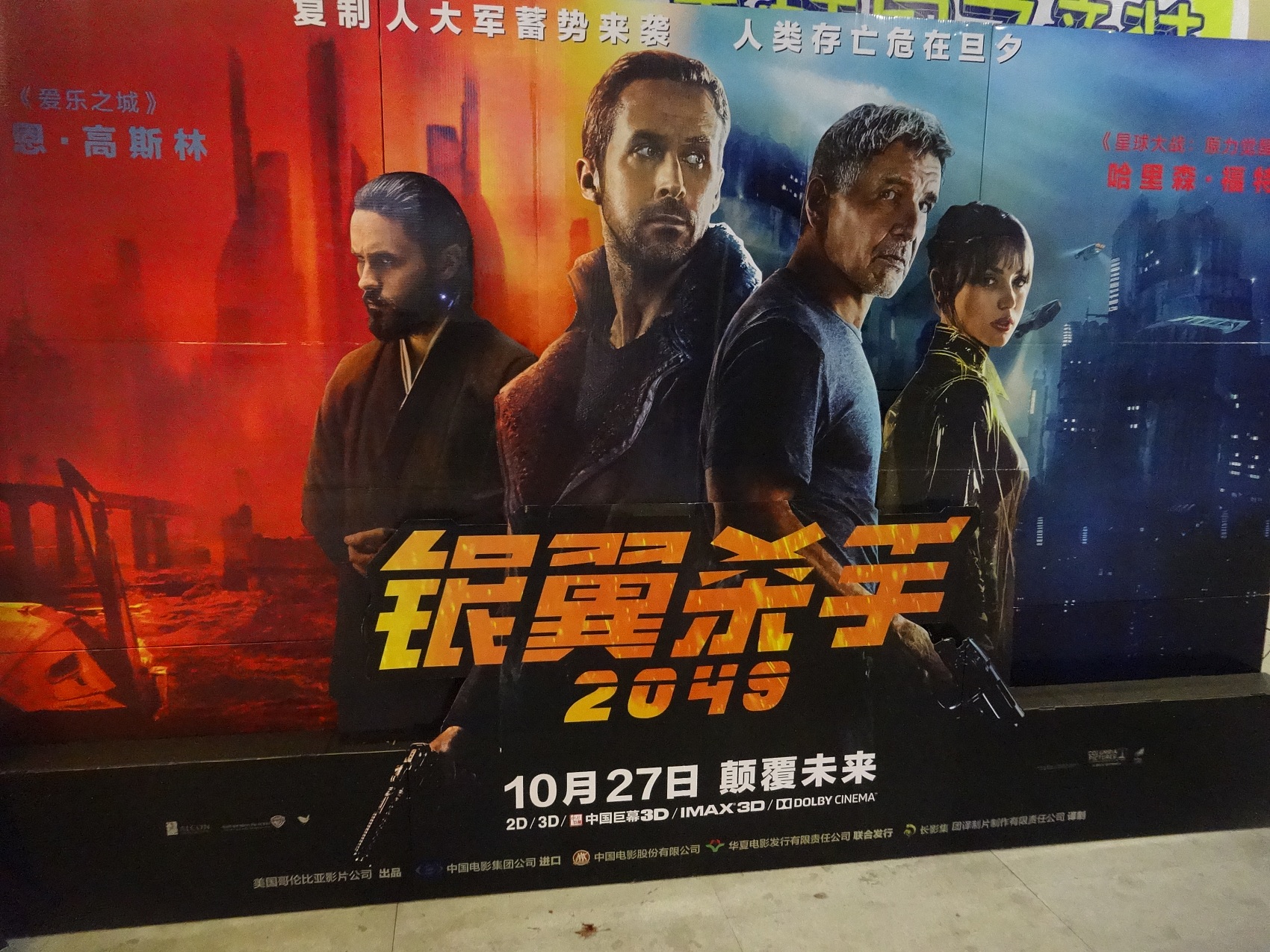 As the interlude between the peak seasons on China's film calendar, November is not usually a busy time for Chinese moviegoers. But this year, a number of high quality Hollywood productions are delivering good performances to invigorate the market.

Among the big-name blockbusters, "Blade Runner 2049" is something of an anomaly. Despite its moderate box office performance -- more than 74 million yuan (about $11 million) in the Chinese mainland -- the science fiction thriller has been widely acclaimed by both Chinese film critics and moviegoers, some of whom are calling it a "masterpiece" or "instant classic."

American sci-fi films enjoy a large fan base in China, with "Interstellar," "Inception" and "Avatar" all becoming widely popular after their releases in the country.

Dunkirk, the war film by Christopher Nolan released in September, raked in nearly 340 million yuan (about $50 million) and has been one of the most talked about foreign films on Chinese social media this year.

Another war film, Hacksaw Ridge, was the biggest dark horse in Chinese film market in 2016. It grossed 426 millon yuan (about $64 million) at the Chinese box office and was granted an extended theatrical release, beyond the 30-day run given to most foreign films.

China and the United States fought on the same side during WWII and that shared history has made American war films popular with Chinese audiences.

"Hollywood's visual effects and narrative techniques are crucial in making their films, especially sci-fi, war and superhero films, more attractive to the audience. Depth of imagination is also one of the things I like most about American films," said Hao Yupeng, a Beijing moviegoer.

China's box office sales will reach 55 billion yuan (about $8.3 billion) in 2017 and the Chinese film market is expected to be the world's largest by 2020, the State Administration of Press, Publication, Radio, Film and Television said in August.

As Chinese moviegoers are increasingly willing and financially able to spend on entertainment and leisure, the Chinese market has never been more important for Hollywood film companies. A growing number of American studios are setting up offices in China.

But cultural exchange is not a one-way street. Chinese companies are also looking to extend their presence in Hollywood.

With more Chinese companies participating in Hollywood, American films are becoming increasingly relevant to Chinese audiences, as additional cultural elements are being included in the stories, which in return helps boost their box office performance.

In 20th Century Fox's sci-fi thriller "The Martian" released in 2015, the Chinese space agency and its technology played a crucial part in bringing the protagonist back home from Mars.

Chinese faces are more frequently being seen in Hollywood films. "Rogue One," an installment of the legendary Star Wars Anthology series, featured Chinese actors Jiang Wen and Donnie Yen as two heroic figures. Hitting screens across China in January this year, the film pocketed more than 470 million yuan (about $72 million) in the mainland.

Films co-produced by China and the United States have been successful in combining Chinese cultural elements and American visual effects and storytelling.

"Kung Fu Panda 3," a 2016 animated action-comedy film, is a quintessential Sino-U.S. co-production. Featuring China's beloved animal and Hollywood-style heroism, the film was both a critical and box office success.

Jackie Chan, China's most internationally recognized actor, has starred in several Sino-US co-productions. "The Foreigner," an action-thriller film released recently, received good feedback in both China and America for its well-combined storyline and action scenes.

This month will also see the release of "The Chinese Widow," another film co-produced by China and the United States. Without the hype and big name actors, its reception is set to be tested in the world's largest film market. More Sino-US cooperation in the film industry is something worth looking forward to.