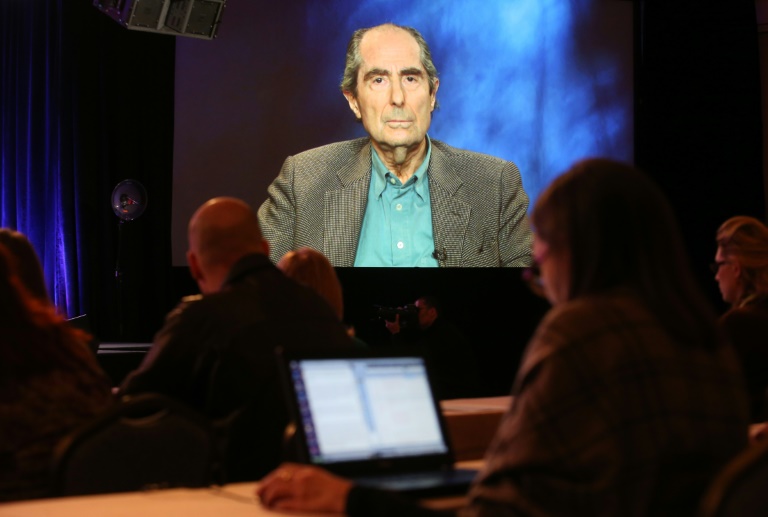 Prolific novelist Philip Roth, a dominant force in American literature throughout the latter half of the 20th century, has died at the age of 85.

Roth's death on Tuesday, first reported by the New Yorker and The New York Times, was later confirmed by Roth's literary agent Andrew Wylie. He said the cause was congestive heart failure.

Roth won the 1998 Pulitzer Prize for fiction for his acclaimed novel "American Pastoral."

"I'm in a state of shock. I'm stunned and speechless. He was a truth teller," Roth's friend Judith Thurman, also a writer, said.

A prolific essayist and critic, Roth was best known for mining the Jewish-American experience in his work.

His titanic stature on the post-World War II literary scene came from the universality of his message -- in his own words: "I don't write Jewish, I write American."

He long managed to sustain his literary output both in terms of quality as well as quantity, as exemplified by his widely admired political trilogy that included "American Pastoral", "I Married a Communist" (1998) and "The Human Stain" (2000).

The decorated author won most top literary honors, but the coveted Nobel Literature Prize eluded him.

Being snubbed for the Nobel every year had "become a joke" for the author, said his friend French writer Josyane Savigneau on Wednesday.

"Every year we talked about it, it became funny," Savigneau said, adding that great writers such as Marcel Proust and James Joyce had also missed out on the prize. 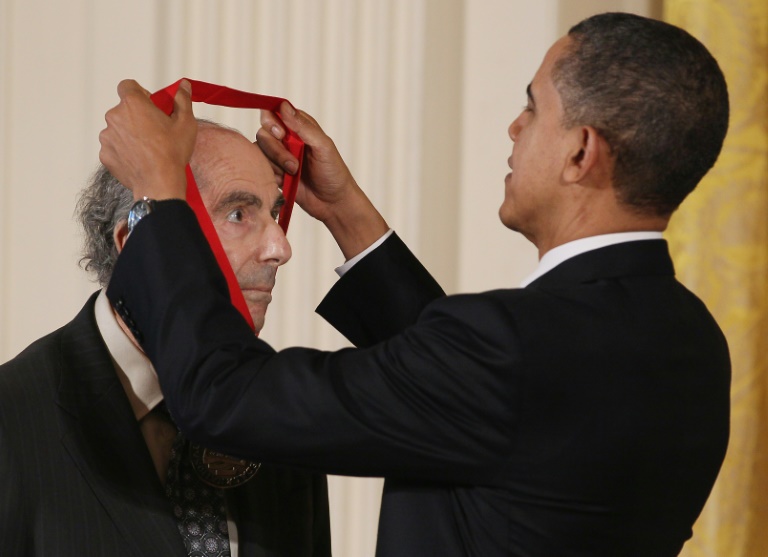 Then US President Barack Obama presents the 2010 National Humanities Medal to Roth.(Photo: Getty)

Philip Milton Roth was born on March 19, 1933 in Newark, New Jersey, the grandson of European Jews who were part of the 19th-century wave of immigration to the United States.

In 2012, Roth said that his most recent book, "Nemesis," published two years earlier, would be his last, after having reread all his books.

"I decided that I was done with fiction," he said.

"I don't want to read any more of it, write any more of it, and I don't even want to talk about it anymore... It's enough. I no longer feel this dedication to write what I have experienced my whole life."

Thurman said that after he stopped writing Roth spent his free time reading and swimming, and meeting friends.

"He was such a driven perfectionist, so when he felt his power ebbing, he wanted to quit at the top of his game, and he did," she said.

Roth said he was worn out in an interview this year with The New York Times.

"I was by this time no longer in possession of the mental vitality or the physical fitness needed to mount and sustain a large creative attack of any duration," Roth said.

The newspaper remembered Roth as "a passionate student of American history and the American vernacular. And more than just about any other writer of his time he was tireless in his exploration of male sexuality."