Mikaela Shiffrin awed her rivals Saturday by taking a big opening-run lead in the first women's World Cup slalom of 2019. 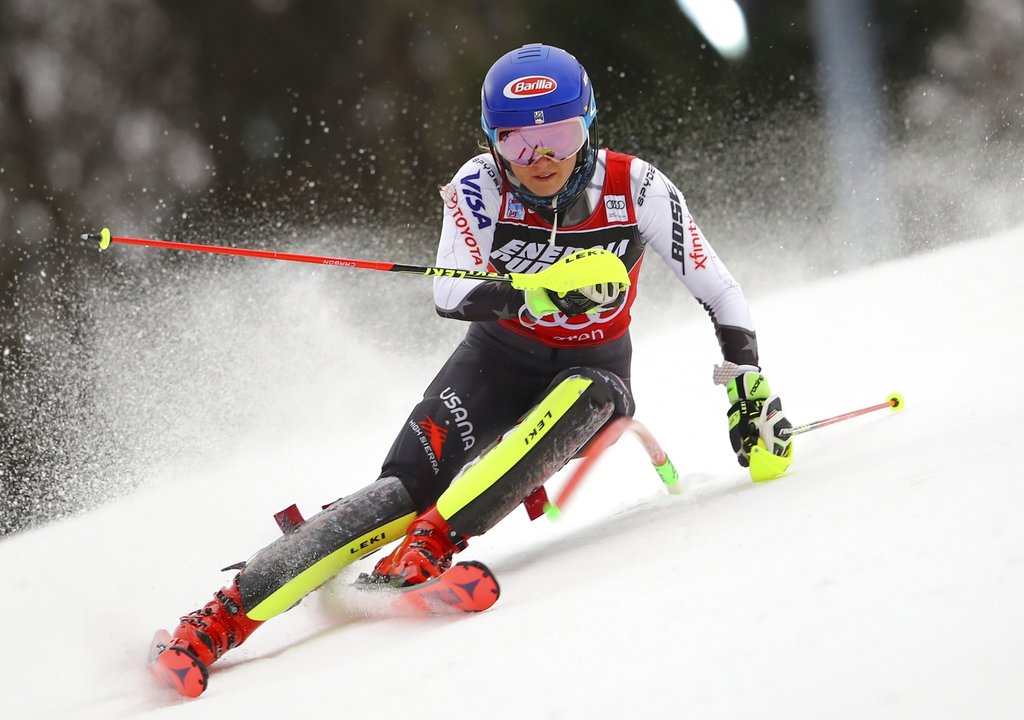 The American two-time overall champion used an attacking yet flawless run on the Crveni Spust course to finish more than a second ahead of her nearest competitors.

Sitting in the leader box, the Swiss skier looked to the video wall with a smile of disbelief and a brief shake of the head when Shiffrin crossed the finish.

Holdener has racked up 18 podiums in her slalom career but is yet to win a race in the discipline. No racer, male or female, has had more podiums without winning a race.

Petra Vlhova, who edged Shiffrin in a parallel slalom in Oslo on New Year's Day, was 1.34 behind in third. The Slovakian is the only skier beside Shiffrin to have won a women's World Cup slalom since the start of last season.

Anna Swenn Larsson of Sweden in fourth and Olympic slalom champion Frida Hansdotter in fifth had more than two seconds to make up in the final run.

Shiffrin's big lead meant that even racers with a deficit of nearly five seconds ranked in the top 30 and qualified for the second run.

Shiffrin has won the race on the outskirts of the Croatian capital three times. She is after her seventh straight slalom victory, which would equal her personal best streak from two years ago. The two-time overall champion has won 11 of the last 12, and 27 of the last 33 World Cup slaloms she competed in.