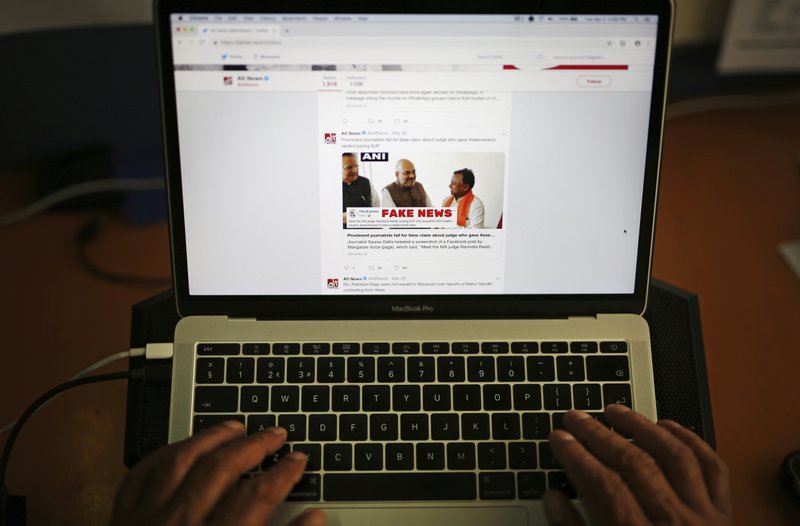 Half of US adults consider fake news a major problem, and they mostly blame politicians and activists for it, according to a new survey.

A majority also believe journalists have the responsibility for fixing it. Differences in political affiliation are a major factor in how people think about fake news, as Republicans are more likely than Democrats to also blame journalists for the problem.

The question of how to deal with made-up or misleading stories has embroiled politicians, civil-rights organizations and tech companies in the aftermath of misinformation campaignsby Russians and others aimed at undermining democratic institutions in the US and Europe .

A survey from the Pew Research Center, released Wednesday, finds that 68% of US adults believe fake news affects confidence in government institutions. Misinformation was cited more often as a major problem than sexism, racism, illegal immigration or terrorism.

Pew typically left the definition of “made-up news and information” open-ended, though some questions specified that it was information “intended to mislead the public.”

As for who’s to blame for false information, 57% pointed the finger at political leaders and their staffs, while 53% said activist groups bore responsibility. Journalists and foreign actors such as Russia each got the blame from more than a third of survey participants, who were able to name multiple parties.

Republicans were more likely than Democrats to report seeing made-up news and were more pessimistic that it could be fixed. Pew noted that Republicans tend to be more skeptical about the media and more likely to think coverage is one-sided.

President Donald Trump, who often makes remarks that aren’t true, regularly accuses media organizations of making up news he doesn’t like. He has often criticized CNN and prefers Fox News. On Monday, he called CNN “fake news” in a tweet and even suggested a boycott of its parent company, wireless carrier AT&T.

“He tends to see anything that’s politically inconvenient as made-up news or fake news,” said Nina Jankowicz, a fellow at the Wilson Center who studies Russian influence campaigns. “I wouldn’t be surprised if that kind of transferred to his followers as well.”

Republicans take the idea of made-up news to “mean news that is critical of Trump,” rather than nonsense stories, said Yochai Benkler, a Harvard Law School professor who wrote a book on disinformation and right-wing media.

Roughly half of Republicans and Democrats alike said they have unknowingly shared fake news, and about 1 in 10 said they have shared stories they already knew were untrue.

While the government has pressured Facebook, Google and other tech companies to rid their services of misinformation, the majority of those polled, 53%, said that journalists have the biggest responsibility to reduce made-up stories. Another 12% said that fell to government, and only 9% said tech companies had the duty. One-fifth said the public had the greatest responsibility to reduce fake news.

“It’s surprising that people didn’t think the tech sector and the government should be responsible,” Jankowicz said, because journalism has its limits in its ability to stamp out wrong information. “As someone who specializes in responses to disinformation, I know that fact-checking doesn’t always work.” Readers are more likely to remember incorrect information than the correction, she said.

The survey polled 6,127 US adults from Feb. 19 to March 4 and has a margin of sampling error of plus or minus 1.6 percentage points.