CULTURE An American's love affair with a Chinese city

An American's love affair with a Chinese city 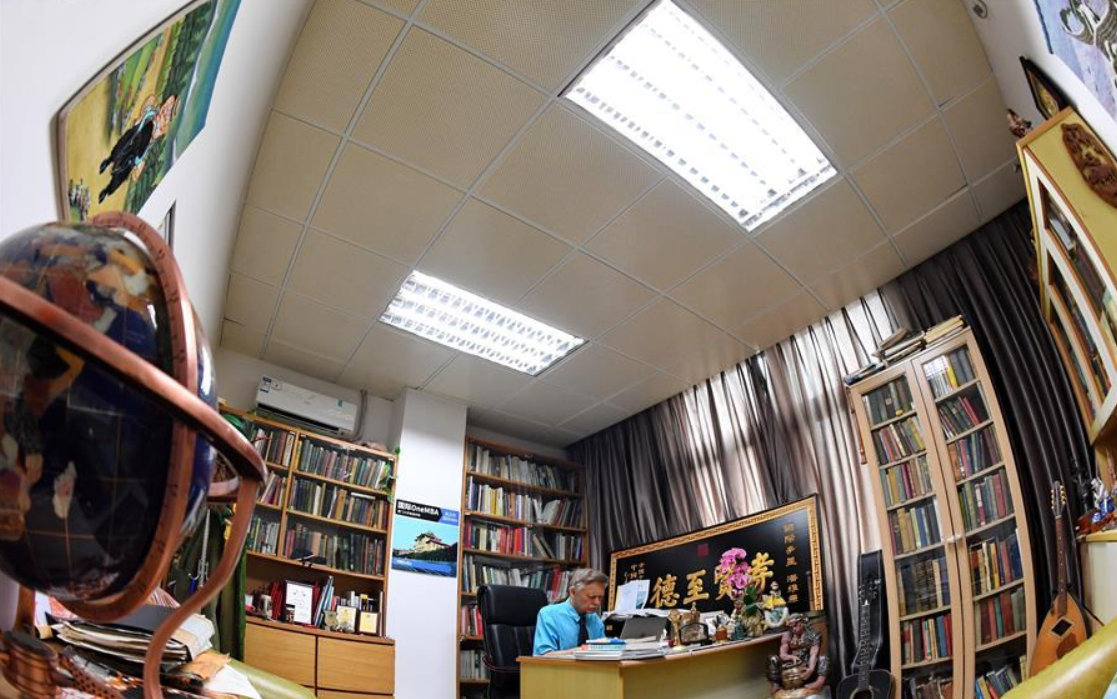 Living in the city of Xiamen, southeast China's Fujian Province, for 30 years, Brown has witnessed the hardships and development of not just Xiamen but the entire country.

Xiamen was one of China's five earliest special economic zones. With heavy investment from Taiwan and Hong Kong, as well as foreign countries, it has been at the forefront of China's reform and opening up.

Brown's love of Xiamen started in the 1970s when he was in the U.S. Air Force stationed in Taiwan. "I was curious of what the people were like in Chinese mainland. Xiamen is right across the Taiwan Strait."

"When I got back to the United States and met my wife, we talked about China the very first time we met. We found we were both so interested in the Chinese mainland. So I like to say China was our matchmaker!" said Brown.

In 1988, Brown sold his company and moved to Xiamen with his wife and two sons.

"I chose Xiamen University because it was the only university that allowed foreigners to bring their families with them to learn Chinese at that time," Brown said.

The trip to Xiamen was difficult, he remembered. After a long flight from Los Angeles to Hong Kong, his family took an 18-hour overnight boat trip up the coast to Xiamen.

There were a lot of inconveniences in daily life. Electricity was sometimes out for days, and so was the tap water. There were only three bus routes in the whole city. "The floor of the buses was made of wood, and the bus exhaust fumes came into the bus," he said.

Despite all that, Brown foresaw the country was changing rapidly and working on all-around improvements from economics to social regulations.

When Brown became the first foreigner to obtain permanent residence in Fujian Province in 1992, many people were amazed and asked him why, since many Chinese were eager to go abroad at that time.

Brown told people future opportunities were not overseas but in China.

On the trip from the Gobi Desert to Tibet, the Brown family saw China was changing in every corner. Newly built roads lead to inland places like Gansu Province and Ningxia Hui Autonomous Region, where schools and hospitals were built in rural areas.

As Xiamen's spokesperson, Brown told the judges in Stuttgart, Germany, that in the 14 years since he arrived in the city, he had witnessed how Xiamen transform into one of the most livable cities in the world, with a unique balance in growth and greening. Xiamen later won the honor.

Now besides teaching, Brown is committed to developing English language websites and has published more than 10 books about Xiamen and Fujian Province.

Once, when he walked into a bookstore, he found young students reading his books with dictionaries in their hands. "The young people love their city and wanted to know a foreigner's perspective on it," Brown said.

With the awareness, he started publishing his books bilingually, in both Chinese and English, starting with Discover Gulangyu. The small island in Xiamen, known as "The richest square mile on earth" 100 years ago, was added to the UNESCO World Heritage List in July 2017 for its cultural history and historic buildings.

Brown was excited when Xiamen hosted the BRICS Summit from Sept. 3 to 5, 2017. In his opinion, China has achieved the great changes because of the reform and opening-up policies since 1978. The country has learned much from the world but, today, the world also has much to learn from China, such as its bullet trains.

"The first time I took a bullet train was from Xiamen to Fuzhou [capital city of Fujian Province] with my wife and sons. It was so fast and so smooth that we did not feel like we were traveling at all! It is amazing that China now has one of the best highway and rail systems in the world," he said.

Every time someone says Xiamen is Brown's second hometown, he corrects them immediately. "Xiamen is my first hometown because, in the U.S., the longest I lived in one place was seven years but I've lived in Xiamen for 30 years."

When asked about his future, Brown smiles and says, "I'm staying in Xiamen!"

"China is so charming," he said, "and with continued reform and opening up, I cannot even imagine what it will be like in the next 40 years. I want to stay and be a part of it."