CULTURE An invitation to Swiss rock with Stevans

An invitation to Swiss rock with Stevans

Join us at "Mars en Folie" and discover the French-speaking musical scene in Beijing. 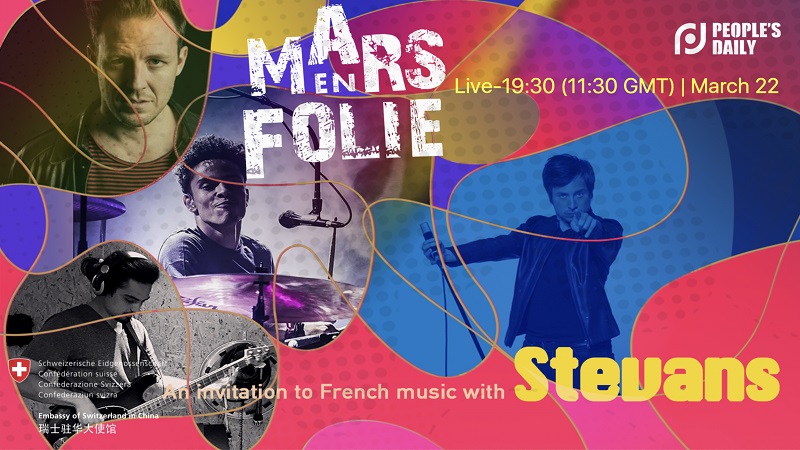 With 3 albums and thousands of radio passes from "The Backyard" (RTL2, RFM) and "Diamond Rain" (Virgin radio), Stevans has managed to mark the music scene. As the opening act at concerts of renowned bands such as Coldplay, Deep Purple, and Snow Patrol and many others, Stevans has played on the most famous stages in the world - London, Paris, Lisbon, New York and Ho Chi Minh City.

For ten years, they have performed in Switzerland and other countries, on the greatest stages, from Montreux Jazz to Paléo. The soul of the band, music pioneer Yvan Franel and guitar genius Yann Secrest have worked together to create a unique musical style. In their latest album, the aesthetic effects of electronic pop are perfectly displayed, with the retro melody of the 1980s, the rhythm of funk, and the temperament of British rock.