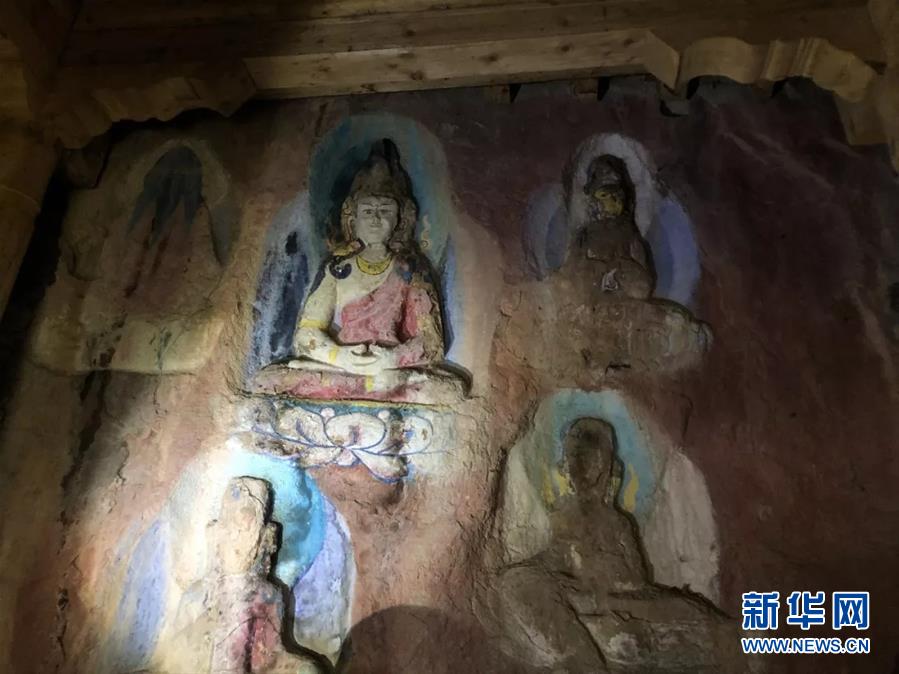 CHENGDU (Xinhua) -- The relics of Buddhist cliff carvings dating back about 1,200 years have been found in southwest China's Sichuan Province, local authorities said.

The Buddha figure carvings were found in Baiyu County of Garze Tibetan Autonomous Prefecture, the first time in the county's history. Archaeologists believe they were created in the late Tibetan Tubo Kingdom (about 618-842), based on their style.

Luo Wenhua, director of the Tibetan Buddhist cultural relics institute of the Palace Museum, said the carvings' style resembles that of the Tubo stone carvings discovered in some places in Tibet Autonomous Region and Qinghai Province.

The discovery may give evidence to the view that the ancient road linking the Tang Dynasty (618-907) and the Tibetan Tubo Kingdom is not a single road but a road network. "Baiyu might be located on one road in the network, but this needs further proof," Luo said.

"The carvings provide important materials for us to rethink the distribution of cliff carvings from the Tibetan Tubo Kingdom," Luo added.