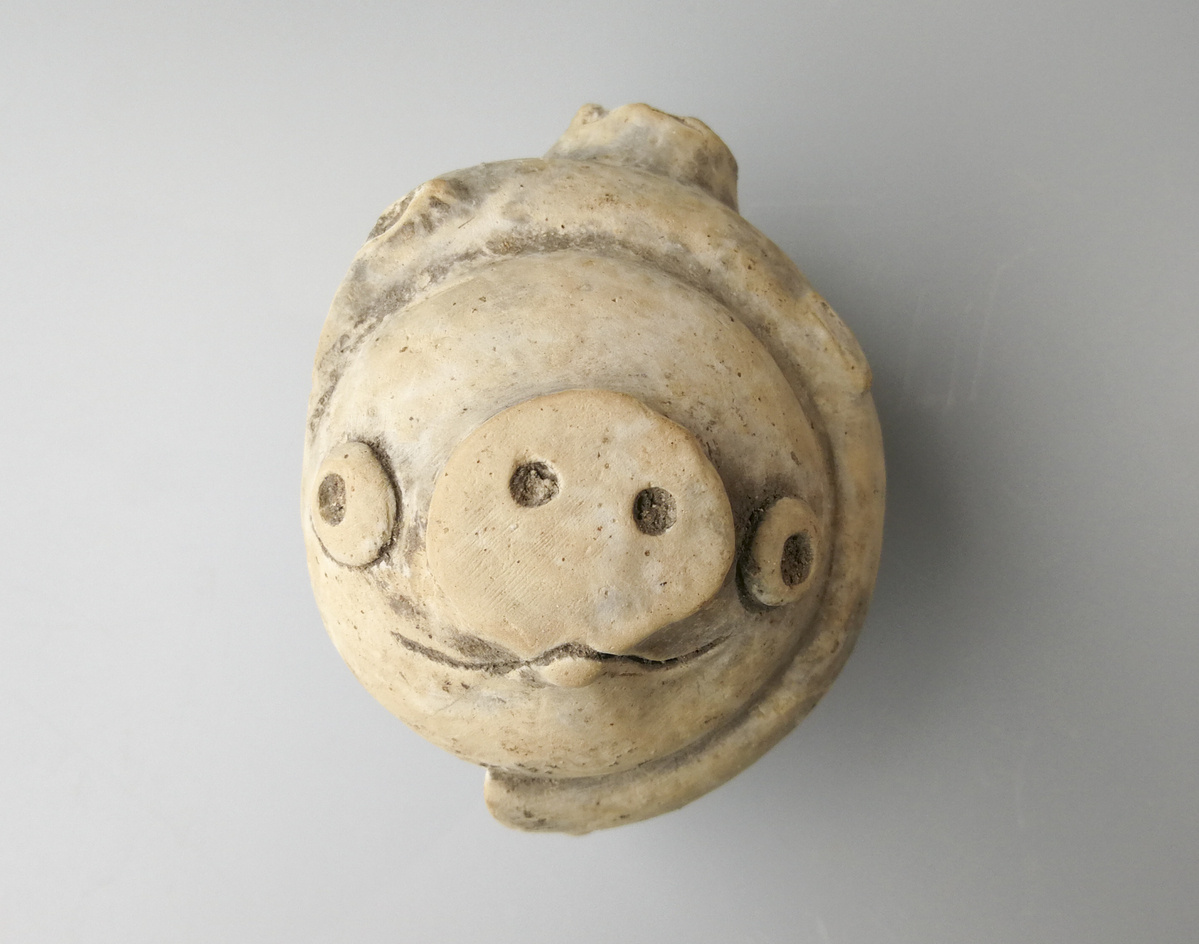 At the mention of pigs, Liu Bing made a face and covered her nose with her hand.

"Whenever I approach the pigsty, it is smelly," said the middle school student from the suburbs of Chengdu, Sichuan province, who helps keep pigs at home.

But she had a change of heart after seeing a 3,000-year-old ceramic pig recently unearthed from an archaeological site not far away that bears an uncanny resemblance to the green piggies in The Angry Birds Movie. Now she thinks pigs are cute.

"I am familiar with The Angry Birds Movie and was surprised to find that the adorable piggy ancestor was from Sichuan," Liu giggled.

Digging in Lianhe has yielded relics spanning nearly 5,000 years, from the Neolithic Age to the Qing Dynasty (1644-1911). Finds include ash pits, tombs, porcelains and stoneware.

The most eye-catching find is a pottery pig that has a strong resemblance to the green piggies of the imported computer-animated comedy film.

Pig figures are common among the relics from ruins in the Shang and Zhou dynasties (c. 16th century-256 BC). They were domestic animals back then.

"True-to-life pigs have been found in the Sanxingdui Ruins. But the pottery pig from the Lianhe Ruins is artistic and adorable," said Xin Zhonghua, a deputy research fellow with the Sichuan relics institute who is in charge of excavating the Lianhe Ruins.

He guessed that the pottery pig was part of an ornament of some kind. 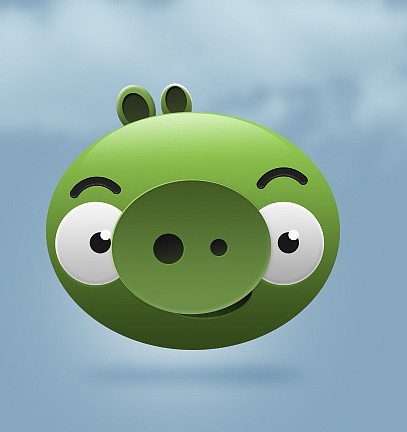 An image of one of the green piggies in The Angry Birds Movie.

Though a few netizens have joked that green piggies originated in China and that The Angry Birds Movie borrowed the image, more of them seemed to show genuine interest in the cultural relics at the Sanxingdui Museum.

The Sanxingdui Ruins were discovered by accident in 1929 by a farmer digging in his field. Since then, more than 10,000 relics have been unearthed.

The discovery of the Sanxingdui Ruins－which is believed to have served as a capital for several kings of Shu, the ancient name for Sichuan－offers strong evidence of the diverse origins of Chinese civilization.

Researchers say ancient China had several cradles－particularly in the Yellow River and the Yangtze River valleys. Before the Sanxingdui Ruins excavation, it was believed that the Yellow River Valley was the sole point of origin. Sichuan is in the upper reaches of the Yangtze.

Relics from those ruins, including gold, jade and bizarre bronze masks with protruding eyes, are in the Sanxingdui Museum, which opened in 1997.

Liu Bing had visited the Sanxingdui Museum. But the pottery pig rekindled her interest.

"Because of COVID-19, I cannot travel far. The museum is nearby," she said. "It will be my ideal getaway this summer to see the bronze masks with the bulging eyes and the pottery pigs' brothers－the realistic ones I ignored on my previous visit to the museum."