The earliest Chinese money appeared at least in the Western Zhou Dynasty and developed in the Eastern Zhou. During the Qin period, the Emperor unified various currencies. 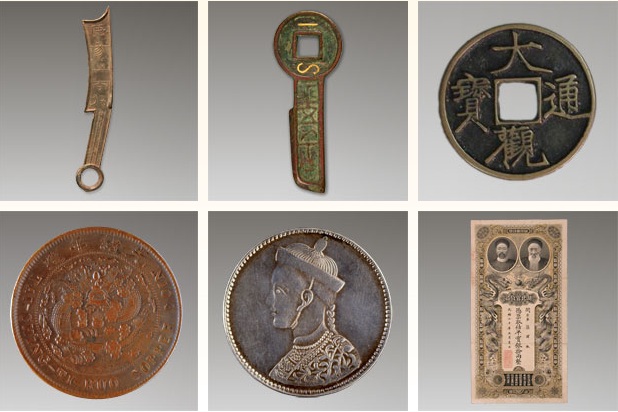 After a 2,000-year evolution, the colourful Chinese monetary system now embodies the interesting history of ancient politics, economy, and folk culture. Chinese money is also noted for its excellent calligraphy and casting skills.

The National Museum of China is known for its rich collection of money from ancient China. The exhibition, Ancient Chinese Money, is one of the major exhibitions on regular display organized by the museum. It aims at displaying the history, culture, calligraphy, and art of  Chinese money. On display in this exhibition are more than 1,700 objects, including early cowrie shells, knife-shaped coins, round coins, coins with a square hole in the middle that were in use for over 2,000 years, and machine-made copper or silver coins of the late Qing period.