A bust of the ancient god s, in good condition, was discovered in central Athens during sewage work, authorities said Sunday. 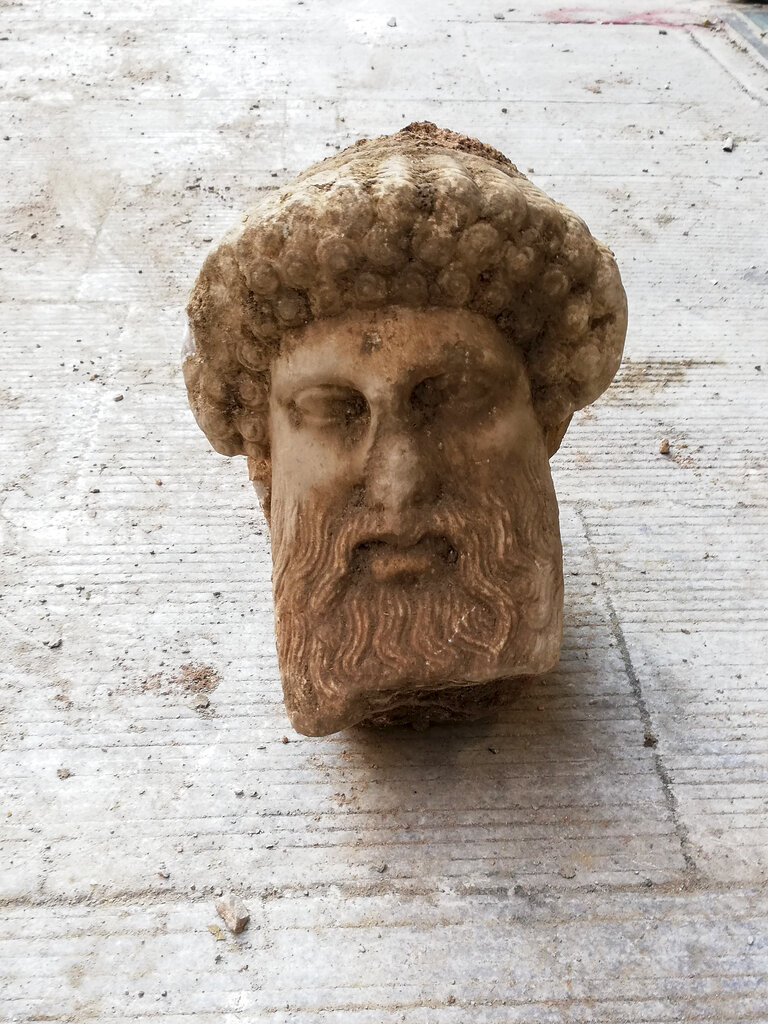 In this undated photo, provided by the Greek Culture Ministry on Sunday, Nov. 15, 2020, a head of the ancient god Hermes is pictured after being found during sewage works in central Athens. (Photo: AP)

The Greek Culture Ministry said that the head, one of many that served as street markers in ancient Athens, was found Friday and it appears to be from around 300 B.C. — that is, either from the late fourth century B.C., or the early third century. It depicts Hermes at “a mature age,” the ministry said, in contrast to his usual depictions as youthful.

The head is in the style of famed Greek sculpture Alcamenes, who flourished in the second half of fifth century B.C., the ministry said.

After serving as a street marker, the head, at some point, had been built into the wall of a drainage duct, the ministry said.