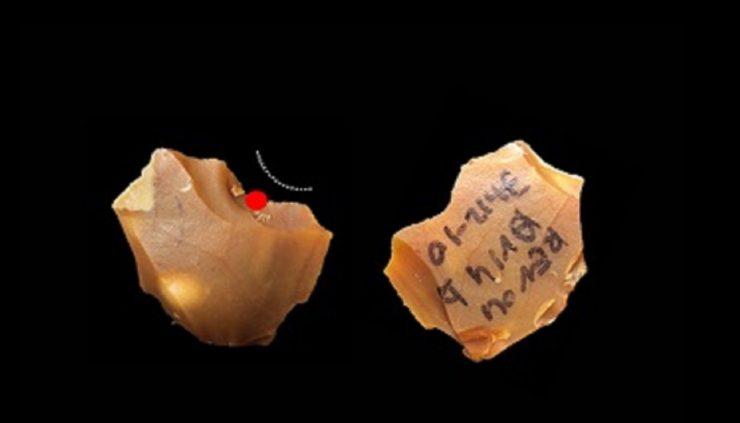 JERUSALEM, Sept. 11 (Xinhua) -- A multinational research team, led by Tel Aviv University (TAU) in central Israel, has found evidence of the use of tiny recycled tools half a million years ago, TAU reported on Wednesday.

According to the study, published in the journal Scientific Reports, ancient humans took out-of-use flint items and recycled them for other purposes.

The study is based on expert analysis of 283 tiny flint items some 300,000-500,000 years old -- which were found in the prehistoric site of Revadim in central Israel.

This site refers to the Homo erectus species and the Acheulian culture of stone tool industry in the Old Stone Age.

This culture, which was prevalent also in Africa, Europe and Asia at the time, was characterized by the standard production of large impressive stone tools, mainly used in the butchery of the enormous animals.

The analysis, which included microscopic observations of use-wear as well as organic and inorganic residues, revealed that the flint specimens were not merely industrial waste left over from the production of larger tools. In addition, they were the deliberate product of recycled discarded artifacts and intended for a specific use.

Experiments carried out with reproductions of the tools showed that the tiny 3-cm-long flakes must have been used for delicate tasks, performed in tandem with larger butchery tools.

Ancient humans depended on the meat and especially the fat of animals for their existence and well-being, so the quality butchery of the large animals and the extraction of every possible calorie were of paramount importance to them.

"The study shows that nothing was wasted, reflecting a refined, accurate, thoughtful, and environmentally conscious culture. This ecological awareness allowed ancient humans to thrive for thousands of years," the researchers concluded.