CHENGDU, Feb. 14 (Xinhua) -- More than 200 artworks of the ancient Maya civilization are on display in Jinsha Site Museum in Chengdu, capital of southwest China's Sichuan Province. 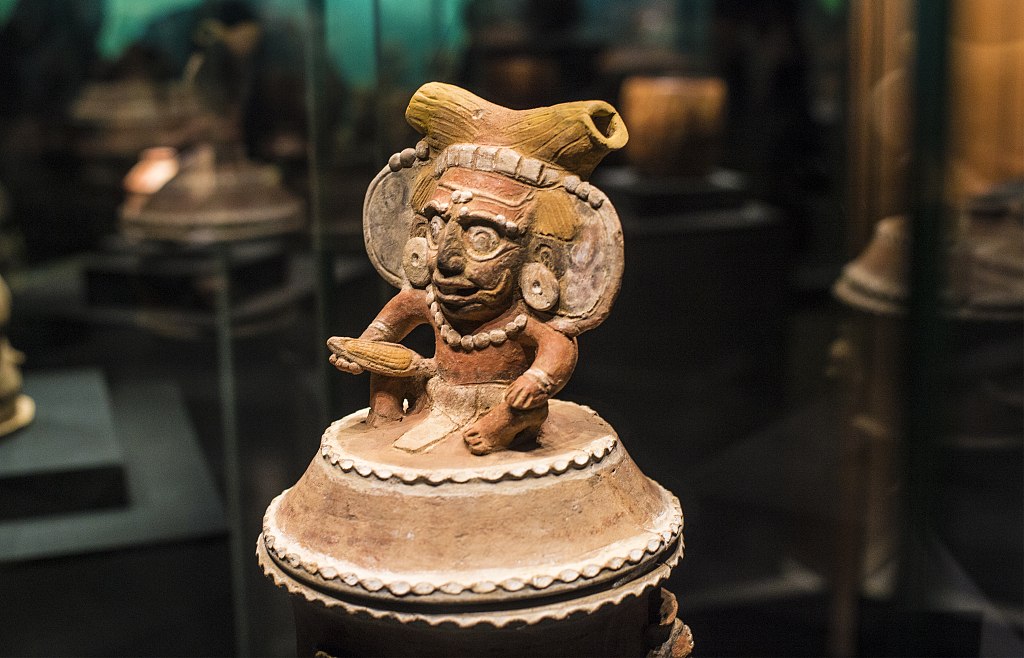 The collection spans nearly 2,000 years and showcases the cosmology, religion, culture and society of the Maya civilization. The artworks are from Los Angeles County Museum of Art (LACMA) in the United States.

The exhibition, named "Forces of Nature," opened on Dec. 18 and will last till March 17. It is jointly hosted by Jinsha Site Museum, Hubei Provincial Museum and Shenzhen Museum in China as well as the LACMA.

The exhibition has become a hit with Chinese visitors and will further boost the exchanges between different cultures, said Wang Yi, vice director of Sichuan Provincial Department of Culture and Tourism.

Wang added he was amazed by the similarities between the Maya civilization and the Chinese civilization of Shu, an ancient kingdom located in today's Sichuan.

Though hundreds of thousands of miles apart, the two civilizations share profound reverence for nature and attach great importance to sacrifices for ancestors and deities, he said, adding that worship of the sun and holy trees can be found in many artworks of both civilizations.

A variety of cultural activities are also held on the sidelines of the exhibition, including the Jinsha Sun Festival that opened on Feb. 3. The festival features traditional Chinese lanterns decorated with common motifs in the Maya arts such as the sun.

As of Wednesday, the festival had received over 320,000 visitors.