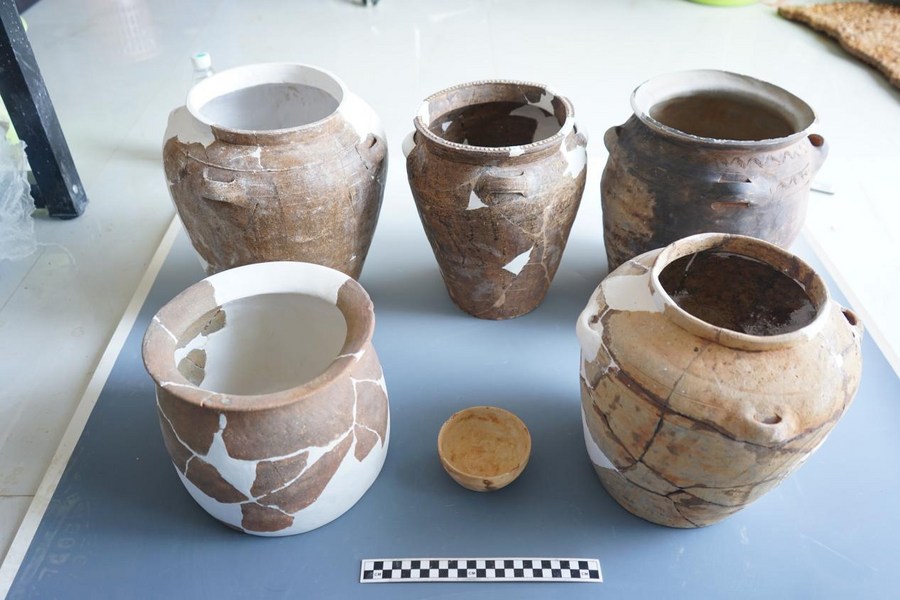 Covering an area of 70,000 square meters, the cluster of some 200 tombs is located in Dashugen Village, Fucheng Township of Beihai City, according to the museum of Beihai City.

The most prominent feature of the cluster is that most tomb chambers were constructed with stone pieces, but some tombs were made of brick and stone.

Relics including potteries with diversified patterns, ironware and bricks with inscriptions were excavated from the tombs.

Experts said that these archaeological discoveries are of great research value.