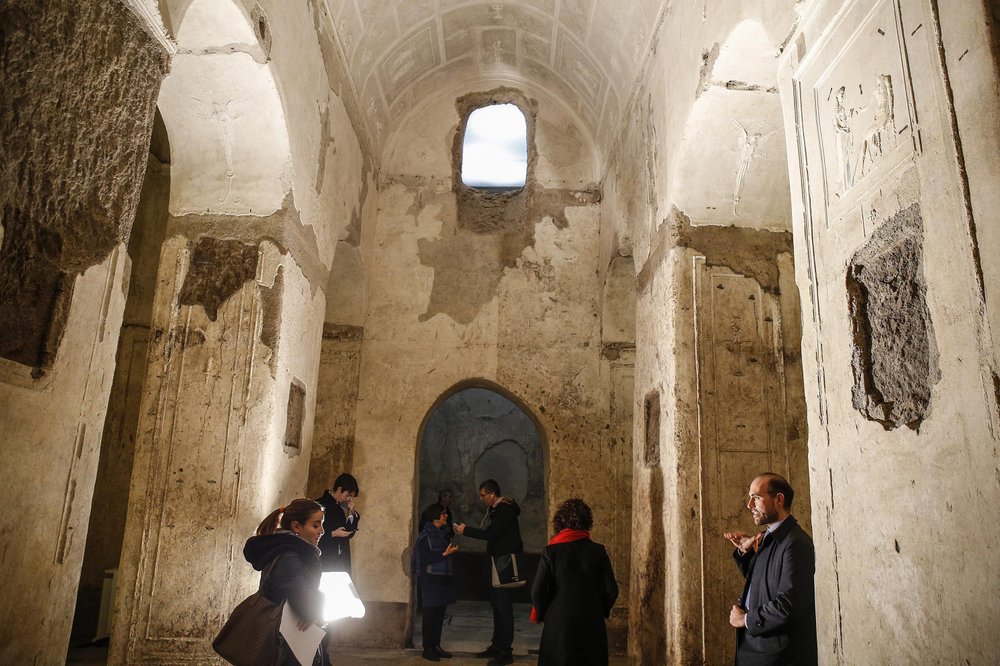 An inside view of the underground Basilica of Porta Maggiore following restoration work, in Rome, Tuesday, Dec. 10, 2019. (Photo: AP)

An ancient underground basilica that only came to light a century ago has gotten a face-lift in Rome, with its refreshed splendor unveiled on Tuesday.

The structure, near a gateway to ancient Rome known as Porta Maggiore, dates from the 1st century.

Its original use is a mystery.

Some scholars think the underground space served as a place for followers of a cult. Others say it likely was a funerary hall.

Water, infiltrating from above, had left its inner walls encrusted with mold, bacteria and calcium deposits. The basilica is decorated with splendid stucco work depicting mythological figures and daily life scenes.

Discovered in 1917 during excavation for a nearby rail line, its layout is considered the earliest known architectural example in Rome of the famed basilica layout.

A Swiss foundation dedicated to the restoration of artwork and monuments paid for the cleaning of the basilica.

Tourists can visit the underground basilica on the second, third and fourth Sundays of each month upon reservation.