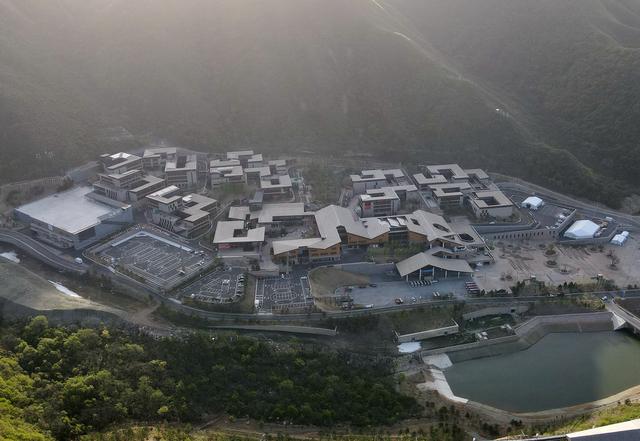 BEIJING - Located at the Beijing Winter Olympic Village in the Yanqing competition zone, the historical site of Xiaozhuanghu village, abandoned more than 80 years ago, impressed the athletes from all over the world during the 2022 Games and attracted many visitors after it opened to the public.

"The Yanqing competition zone was in a mountainous area, so we tried to design the Olympic Village here in accordance with the local landform. When we started the fieldwork in early 2017, to our surprise, some relics of an ancient village were discovered, which were not marked on the map before," recalls Li Xinggang, chief planner and design principal of the Yanqing competition zone and its venues.

The site of Xiaozhuanghu village covers an area of about 3,300 square meters, which includes the relics of houses, cellars, stone mill pans, walls and roads. "The name Xiaozhuanghu can be found in the Yanqing local history files. There were people living here until the early 20th century," says Fan Xuexin, director of the cultural heritage department at the Yanqing bureau of culture and tourism.

In June 2019, the village was recommended as a general immovable cultural relics site by archaeologists, who also suggested developing it into an exhibition area of Chinese culture for the 2022 Winter Olympics and Paralympics in Beijing.

"The concept of traditional Chinese landscape was integrated into our design. We would like to build a natural Olympic Village in a sustainable and eco-friendly way to achieve harmony between people and nature," Li says. "Our team retained the village's original layout as much as possible, trimmed the vegetation, and added the drainage and lighting system."

"During the Games, the village served as a window for participants from different countries to gain a direct and better understanding of Chinese culture. Since the Yanqing Olympic Zone opened to the public on April 29, going forward, more people can experience the charm of this historical site," Fan says.

"During the Labor Day holiday this year, the Yanqing Olympic Zone received over 7,500 visits. The Xiaozhuanghu village, a lasting cultural heritage and Olympic legacy with a profound history, connects the past and our shared future," says Wu Shige, a general manager of the venues' operation company.