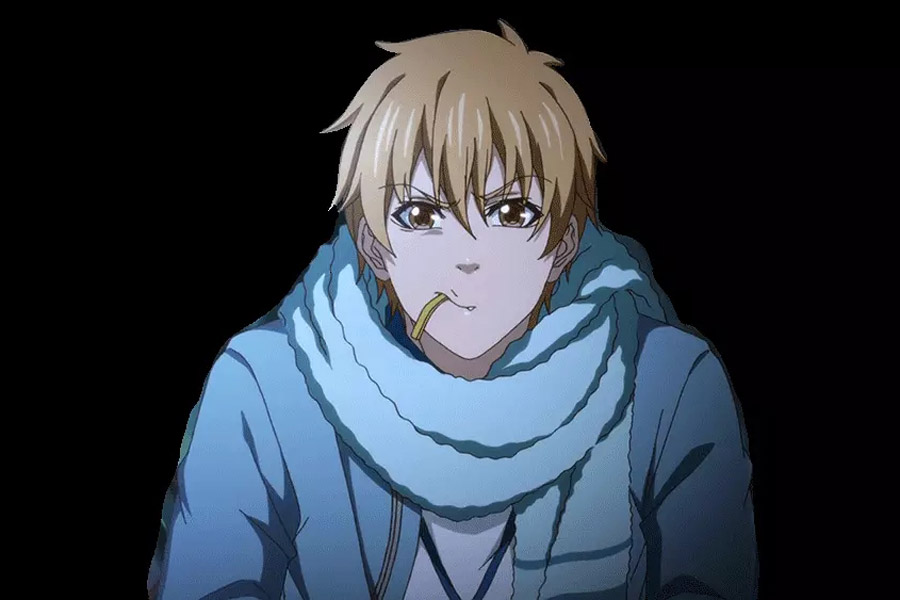 A still from the animation The King's Avatar [Photo/Mtime]

This year's festival was marked by a record high turnout since its establishment in 2005.

The six-day event attracted 2,641 organizations and institutes as well as 5,760 traders, exhibitors and professional viewers from 85 countries and regions.

This year's animation festival also shattered its record on turnover, which amounted to 16.3 billion yuan ($2.56 billion).

Here are three key takeaways on Chinese animation industry from the festival. Let's take a look.

A still from the animation Fights Break Sphere [Photo/Mtime]

Chinese animation on a massive rise

The year 2017 witnessed Chinese animation industry on a trajectory of explosive growth in terms of both market performance and capacity, with the industry worth up to 150 billion yuan ($23.63 billion).

Among a great number of quality animated films and series produced in 2017, several phenomenons like Fights Break Sphere and The King's Avatar were the highlights of last year's Chinese animation industry.

"The domestic animation industry has stepped up its efforts to shift from quantity-oriented growth to quality-oriented growth. Some 244 animated cartoons, a total of 83.6 thousand minutes, were produced throughout 2017," noted Gao Changli, director of the publicity department of the State Administration of Radio and Television at the festival.

China's population of nijigen (people who are fans of anime, cartoons and games from Japan) has exceeded 300 million, according to a report published in September 2017 by Entgroup Inc, an entertainment industry tracker.

"As pay-to-watch is gaining more popularity and China's animation industry chain is being perfected, the nijigen group's consumption potential will be further unlocked. Therefore, the value of IPs (intellectual properties) is experiencing a dramatic increase," noted Wei Wei, manager of Tencent Animation & Comics.

In the meanwhile, v.qq.com launched dozens of heavyweight IPs on its Super IP Day at the festival. These IPs, featuring domestic animated cartoons for both youth and children, use brand-new approaches to present traditional Chinese culture so as to better engage the younger demographic. 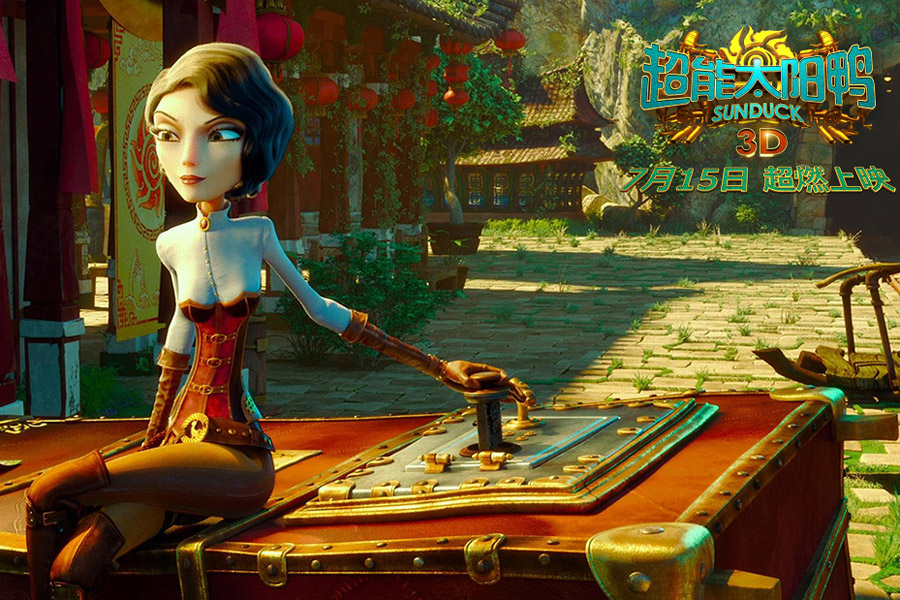 A still from the animation Snow Queen 3 [Photo/Mtime]

For Chinese animators, their biggest harvest from this year's event is having developed a global vision and deepened international exchanges. Revolving around the theme of "Cooperation and Win-Win", the 2018 International Cartoon & Animation Alliance Hangzhou Summit saw organizers of 11 of the world's top animation festivals discuss the operational strategies used for promoting their animation festivals globally.

The animated cartoon, a universal cultural language, is serving as a new carrier for Chinese culture to go global.

For example, in April 2018, at the MIPTV/MIPCOM held in France, more than 200 new shows, including 38 cartoons, from 34 Chinese animation companies were on display at the festival, where animations and documentaries were quite popular.

Recent years have also seen the boom of Sino-foreign animation coproductions which are increasingly adored by international audiences.

Apart from the success of the China-US-Russia 3D animated flick Sun Duck and the China-Russia film Snow Queen 3, many other coproductions are performing strongly at the global market.

"Go Brother, an animated series produced by v.qq.com, is reported to have once topped a popular Japanese anime website," said Wang Juan, editor-in-chief of v.qq.com. "The domestic animated series SuperBOOMi has been released in Canada and CoNaBlue has gained the BBC's favor soon after its presale in South Asian countries."

"Exporting quality animated shows can help Chinese culture resonate across the globe. Presented in a way that can be easily accepted by younger audiences, Chinese culture can be subtly exchanged with the world's other cultures," added Wang.

Lee Unkrich, director of the 2017 hit Coco, showed intense interest in Chinese culture at the summit. "Chinese culture, with its profundity, can be a rich source of inspiration for me. I'm looking forward to telling 'Chinese stories' in my own way," he said. 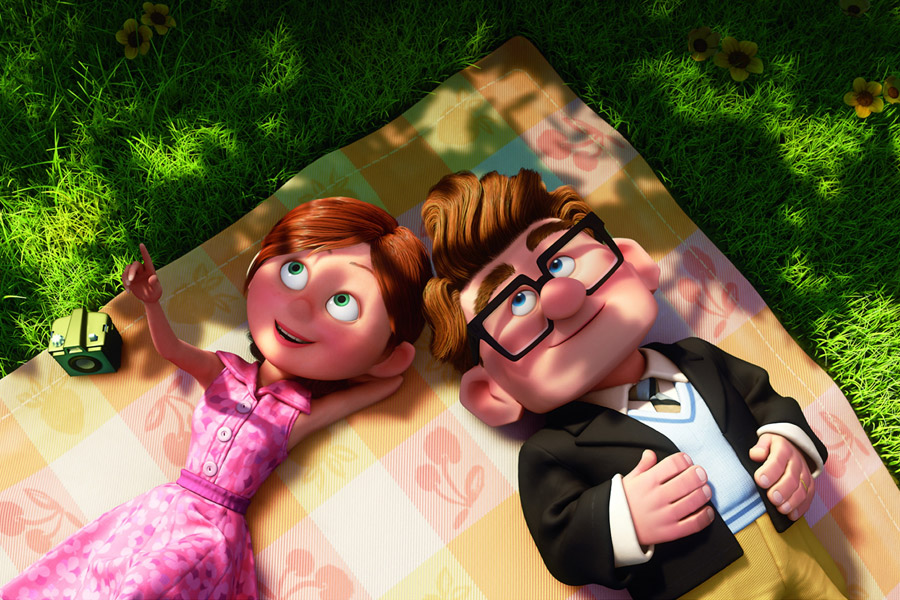 A still from the animation Up [Photo/Mtime]

Cliched as it may sound, the aphorism "content is king" has been proven by the past animation festivals and is also true of this year's event as more original Chinese animated cartoons have won the hearts of overseas buyers.

Meanwhile, The Annual Report on Development of China's Animation Industry (2017) released in April 2018, shows that Chinese media professionals are alert to the bottlenecks in the industry among which weak storytelling is urgently needing to be eliminated.

The report points out most of the animated films produced in 2016 showed inadequacies in story content, world building and characterization. Apart from these problems, animation creators' abilities to adapt literature classics and showcase traditional cultural subjects were far from satisfactory.

As the backbone and even the soul of commercial animated films, storytelling can never be overemphasized for only by clear and engaging storytelling can the messages of a film be effectively communicated and readily accepted.

"Haste should never be pursued in creating animation and what should be truly valued by Chinese animators are their love, patience, childlike curiosity and strong sense of responsibility," Gao emphasized at the summit.

It's not hard to recognize that brilliant content is a sure formula for all Disney Pixar hits as "content is king" has long been the consensus in the Pixar Animation Studios. From Toy Story and Up to Monsters University, in addition to constantly pushing the envelope of graphic technologies, Pixar has always kept outstanding storytelling and vivid characterization at the heart of every animation they have ever created.

Director Unkrich shared at the festival that "For every animated film, it usually takes several hundred artists five or six years' efforts."

Nora Twomey, director of The Breadwinner, a nominee for Best Animated Feature at the 90th Academy Awards, also revealed at the event that like Up, The Breadwinner also took as long as six years to complete.

"Instead of dreaming about catching up with the animation industries in US and Japan, Chinese animators should get down to earth, honing skills in storytelling and improving animation techniques and technologies. Hence, someday we can also create animations with both huge economic and social benefits, which can rival the ones produced by the world's animation giants."

Yang Xiaoyu contributed to the story.