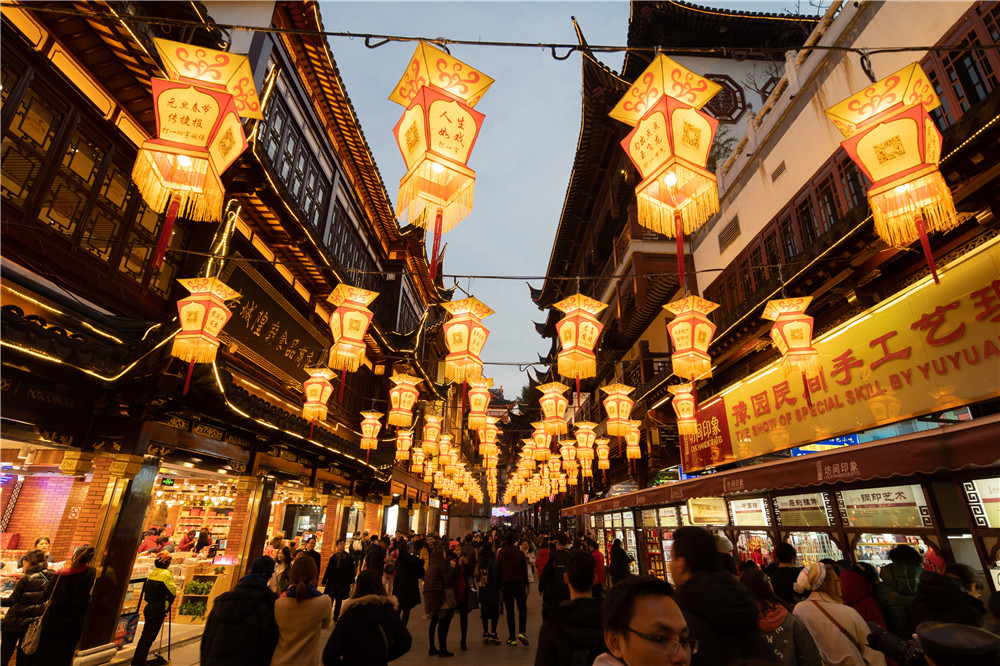 The annual lantern show at Shanghai's historical and renowned tourist site Yu Garden started on Monday and will run for 33 days till Feb 22.

A celebration of the Lantern Festival, one of the most important Chinese holidays, the show attracted more than 5 million visitors last year. 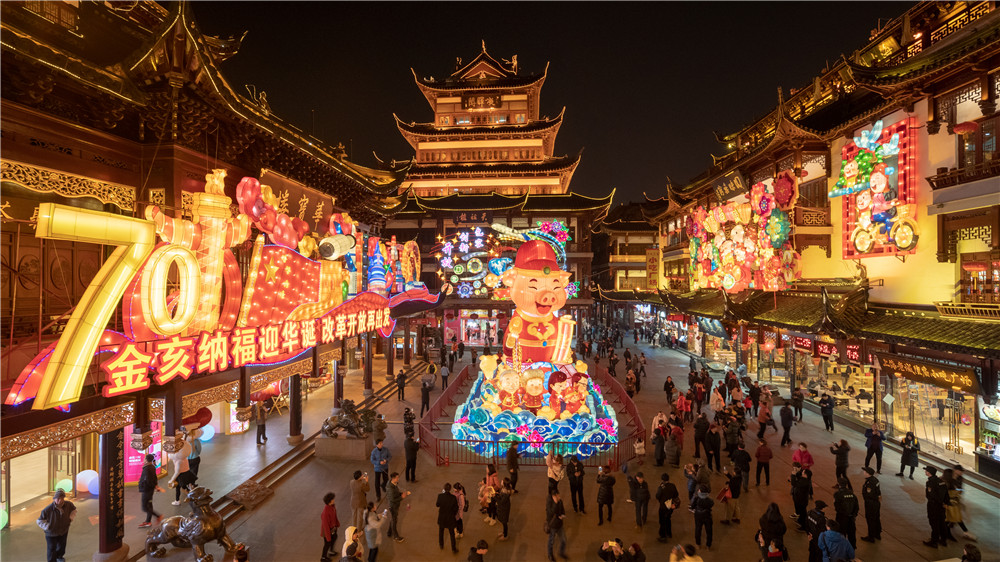 The theme of this year's lantern show is centered on the celebration of the 70th anniversary of the founding of the People's Republic of China and the stepping up of reforms and opening-up efforts. (Photo by Gao Erqiang/chinadaily.com.cn)

The centerpiece of the event this year is a 9-meter-high lantern in the shape of a pig – 2019 is the Year of the Pig according to the Chinese zodiac.

The design features the pig as the Chinese god of wealth holding a gold sycee or yuanbao, a type of currency used in imperial China, while surrounded by a happy human family, which symbolizes harmony and wealth. 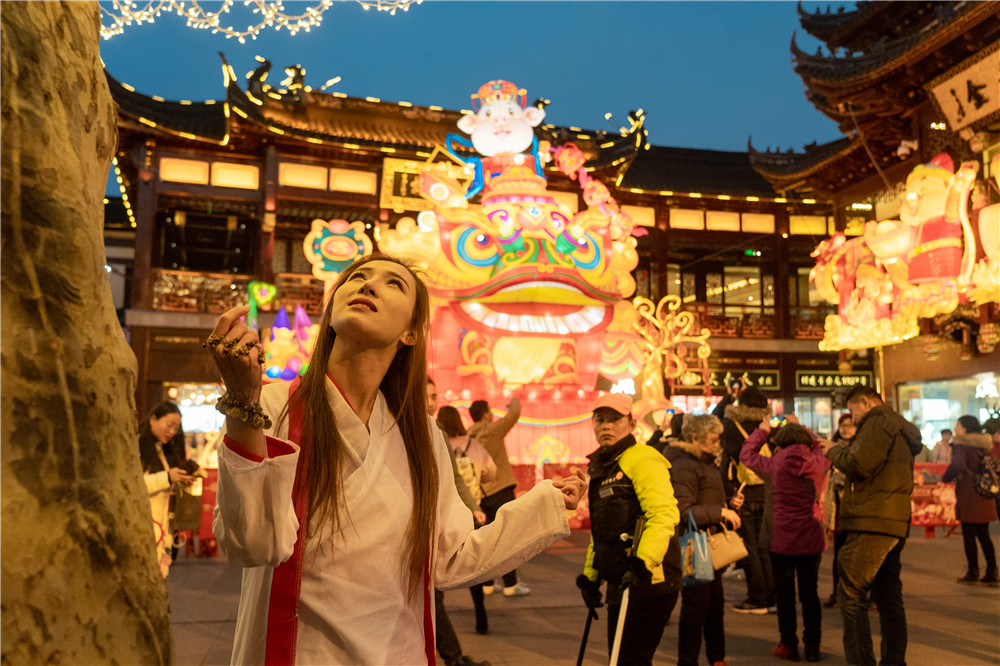 Visitors admire the lanterns on Jan 21, 2019. (Photo by Gao Erqiang/chinadaily.com.cn)

Lanterns depicting China's development in the past decades will also be showcased as 2019 marks the 70th anniversary of the founding of the People's Republic of China.

Also found in Yu Garden is a group of lanterns arranged to form a 40-meter-long set illustrating Shanghai's growth during the 40 years of reform and opening-up. 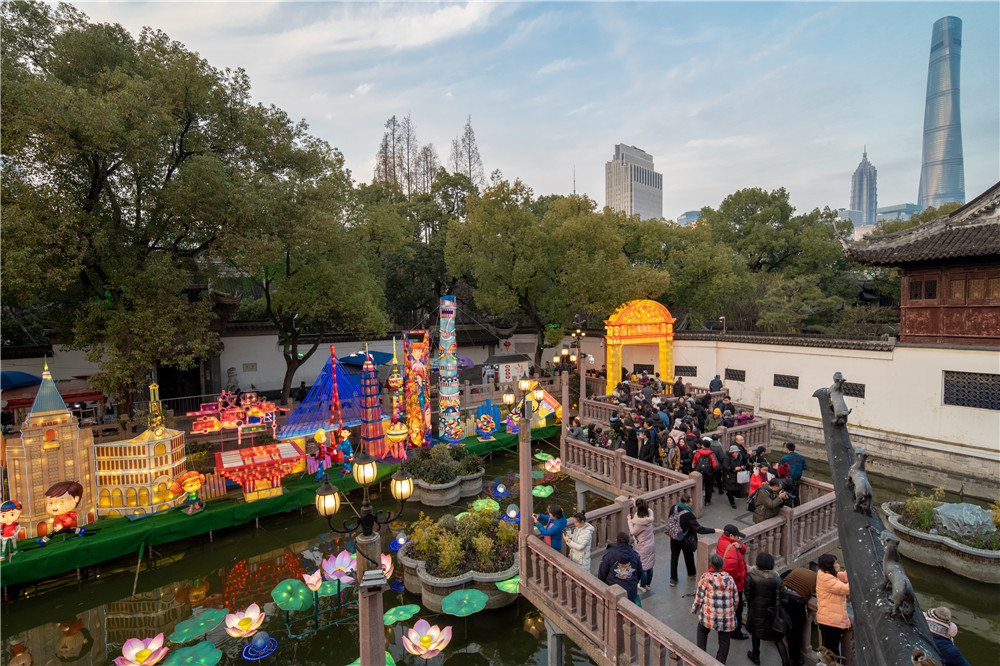 The city's iconic buildings, such as the Shanghai Tower, Shanghai World Financial Center and Oriental Pearl Tower, are featured in this year's show. (Photo by Gao Erqiang/chinadaily.com.cn)

In addition, a pop-up store called Peppa Pig Celebrates the Spring Festival has been opened on the first floor of Tianyu Tower in the garden and will last till March 31. Here, parents and children can play indoor games and purchase gifts themed around this popular animated character. 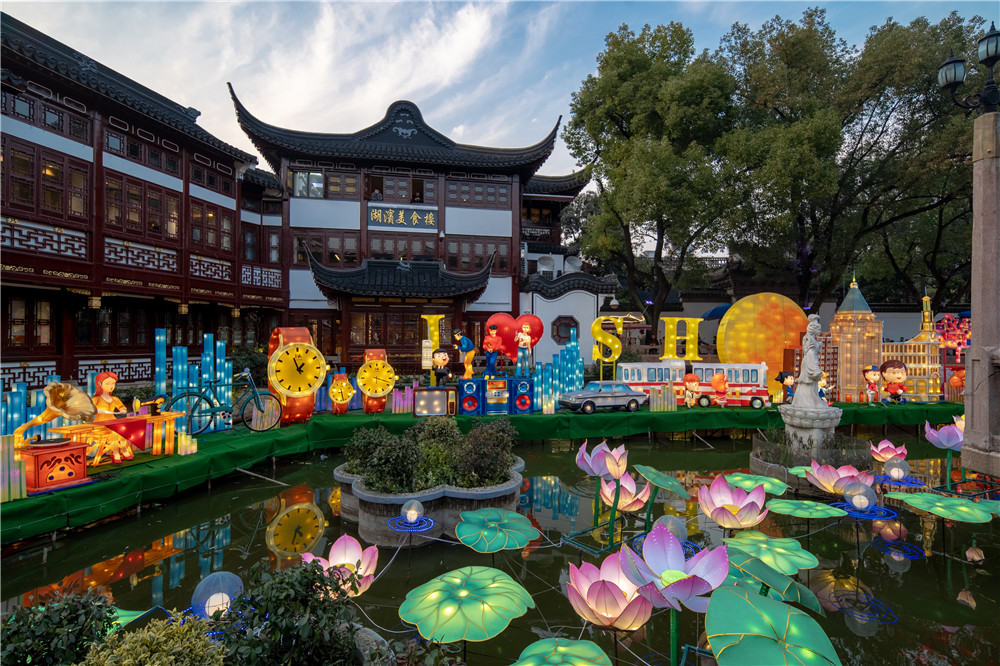 Admission to the show is free except for the night of the Lantern Festival. (Photo by Gao Erqiang/chinadaily.com.cn)

Admission to the show is free except for the night of the Lantern Festival.

This year is the first time an online ticket booking service is being offered. Tourists can purchase discounted tickets to the show on the official website of online travel agency Ctrip as well as through its app. Customers will then be issued with QR codes that can be used at the entrance to the show.