American and Dutch scientists found that yearly ice mass loss in Antarctica increased sixfold in the past 40 years. 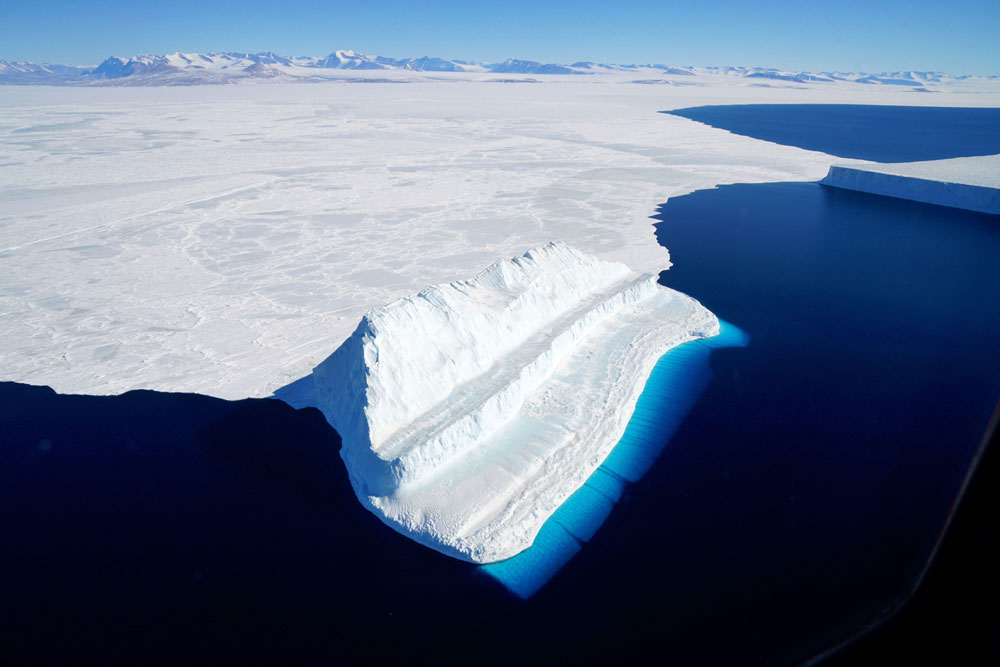 This file NASA image released on December 20, 2017 and acquired on November 29, 2017 by Operation IceBridge during a flight to Victoria Land, shows an iceberg floating in Antarctica's McMurdo Sound. (File photo: NASA/AFP/Chris Larsen)

The study published on Monday in the Proceedings of the National Academy of Sciences showed the accelerated melting elevated global sea levels more than 1.2 centimeters during 1979 to 2017.

It is the longest-ever assessment of Antarctic ice mass, covering 176 basins and surrounding islands.

The researchers compared snowfall accumulation in interior basins with ice discharge by glaciers at their grounding lines.

"As the Antarctic ice sheet continues to melt away, we expect multi-meter sea level rise from Antarctica in the coming centuries," said the paper's lead author Eric Rignot, professor of Earth system science at the University of California, Irvine.