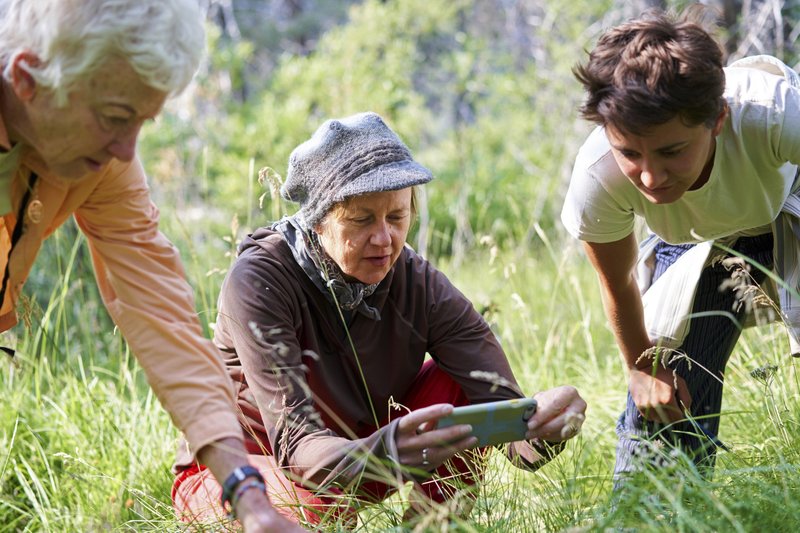 More challenging than birdwatching and not nearly as popular, insect-watching — noting and sharing exactly what one sees and where — is nevertheless on the rise.

Concern about dwindling native insect populations is one reason why. And new technology has made it easier to log insect sightings and become part of wide-reaching “citizen-scientist” projects.

A worldwide project called “Never Home Alone: The Wild Life of Homes,” for example, aims to photograph and catalog the insects, spiders and other tiny creatures that share our homes. It was created by Rob Dunn, author of “Never Home Alone: From Microbes to Millipedes, Camel Crickets, and Honeybees, the Natural History of Where We Live” (Basic Books, 2018).

In the equally global City Nature Challenge, meanwhile, cities compete for how many sightings residents can log. The idea is to see which city can make the most observations of nature (of any sort, not just insects), find the most species and engage the most people. The first year, it was just San Francisco versus Los Angeles. The second year, 16 cities joined in. Last year, 68 cities around the world took part. Over 100 cities internationally have signed up to participate this year.

Both challenges — and many others like them — make use of the ever-evolving iNaturalist app and iNaturalist.org , a joint initiative by the California Academy of Sciences and the National Geographic Society.

“It gets people and communities to make observing all forms of nature part of their lifestyle,” says Scott Loarie, co-director of iNaturalist, based at the California Academy of Sciences.

iNaturalist lets you log sightings of all kinds of plants and animals, and confirm other peoples’ identifications. A more kid- and novice-friendly version, Seek by iNaturalist (without the social networking component), helps identify species on the spot.

“If you think about the roughly 2 million living things that are named, about half of them are insects. So if we really want to get a handle on the diversity in the world, and changes under way, we need to start paying closer attention to insects,” says Loarie.

“When you look at birdwatching, it’s super-popular. We asked ourselves why that isn’t happening with insects or plants, and what we could do to help the situation,” he says.

“With birdwatching, one person goes out and says, ‘Oh, it’s a warbler.’ It’s really tough for a regular person to just go out and identify insects. iNaturalist uses photo-sharing and networks to help them tap into that naturalist’s sense of curiosity,” he says.

It’s a much more detailed and useful tool than the so-called windshield test. Most baby boomers can remember road trips of their childhood when a drive through the countryside resulted in a car windshield or front grille covered in splattered bugs. That happens a lot less these days, a realization that tipped off entomologists early on to what seems a marked decline in insect populations.

A number of recent studies have shown precipitous declines in some invertebrate populations. The number of monarch butterflies in the country has declined by 90 percent in the last 20 years, according to one study. Another study found a 76 percent decrease in flying insects in the past few decades in German nature preserves. As alarm over the situation grows, so does the importance and popularity of citizen-scientist projects involving insects.

Other efforts to engage people in insect-watching include National Moth Week, a global event to promote the understanding and enjoyment of moths and raise awareness about biodiversity. It’s slated to run from July 20-28 this year.

And there are important local programs, such as the New York Botanical Garden’s monthly, city-wide EcoQuest Challenge, part of the New York City EcoFlora Project. Each month, the challenge involves a different plant, often in combination with an insect. In the first year, 2017, organizers asked participants to look for monarch butterflies on milkweed one month. “We give people links with lots of references,” says Brian Boom, vice president for conservation strategy at the Botanical Garden. “It’s been quite successful, and since we’ve started, we’ve enrolled over a thousand people who have made 57,000 observations, many of which involve insects.”

He says there has long been a widespread “invertebrate blindness. Most people probably don’t have a positive relationship with insects. Except for maybe bees, people either see past them or consider them unworthy of notice.”

He cites the great entomologist Edward O. Wilson, who once called insects “these little things that run the world.”