CULTURE Aquarium seals must be wondering: Who’s that masked trainer?

Aquarium seals must be wondering: Who’s that masked trainer? 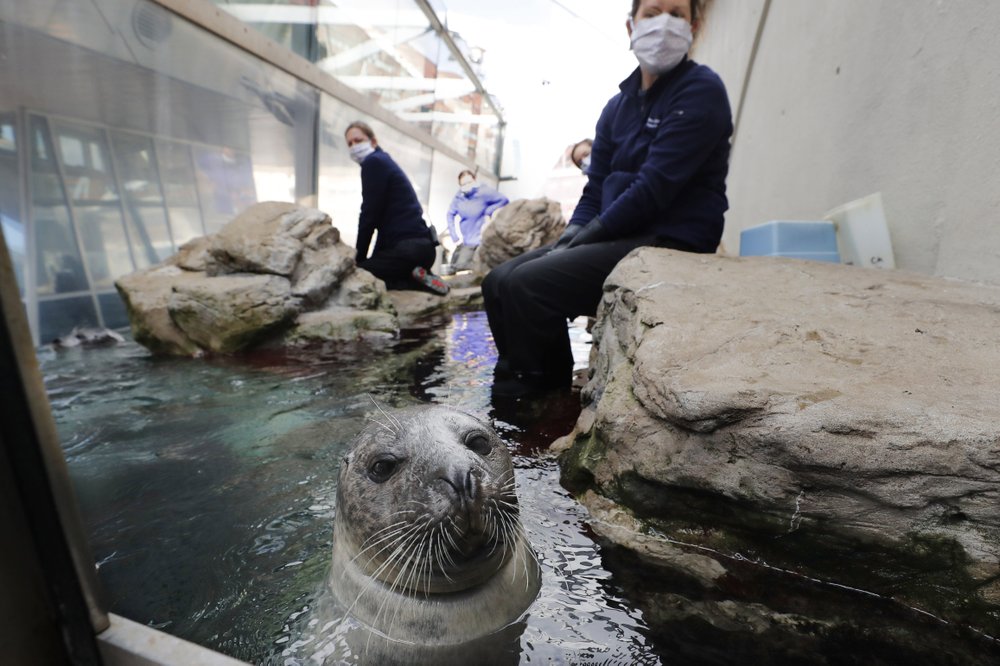 In this Friday April 10, 2020 photo, mammal trainer Patty Schilling, right, and her coworkers wear protective masks as they feed and check the health of Atlantic harbor seals in an outdoor exhibit at the New England Aquarium in Boston. (Photo: AP)

Humans can’t always recognize each other in face masks, so imagine the confusion that wild animals in captivity must feel.

At the New England Aquarium in Boston, workers who feed and train Atlantic harbor seals have been donning masks as a safeguard to avoid the unlikely scenario of unknowingly infecting the animals with the coronavirus.

And the New England Aquarium is next door to the harborside hotel where Biogen, a Boston biotech company, held a conference in February where dozens of people became infected with the virus.

“Everyone who is working currently at New England Aquarium is wearing a face mask,” said the aquarium’s marine mammals supervisor, Patty Schilling.

But getting the seals used to the masks takes some doing.

“We want them to be comfortable with the fact that we have this on. So initially we do a process called desensitization, and basically that just means that we teach them to get used to something in small steps,” Schilling said.

During a recent training session, a handful of passersby reveled in the distraction of watching seals getting their teeth brushed, eating, clapping their hands and dancing playfully in the water.

Underscoring how intelligent the animals are, one seal even made a vocal attempt to mimic a trainer saying, “How are you?”

“The most important thing that we do initially is build a relationship with them so that they have trust in us,” Schilling said.