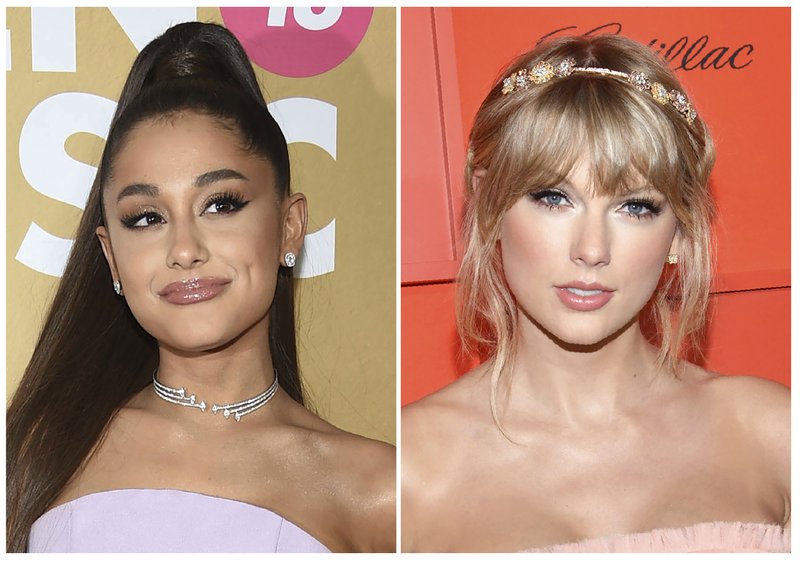 Ariana Grande and Taylor Swift are the top contenders at the 2019 MTV Video Music Awards, each scoring 10 nominations.

MTV announced Tuesday that Grande and Swift will compete in eight of the same categories, including video of the year. Swift’s gay pride anthem “You Need to Calm Down” and Grande’s breezy hit about her breakups “thank u, next” are nominated for the top prize alongside Billie Eilish’s “Bad Guy,” Lil Nas X and Billy Ray Cyrus’ “Old Town Road,” 21 Savage and J. Cole’s “A Lot,” and Jonas Brothers’ “Sucker.”

Eilish, 17, came in second with nine nominations, including artist of the year. Other nominees are Grande, Cardi B, Shawn Mendes, Halsey and Jonas Brothers.

Lil Nas X, whose “Old Town Road” tied the record for most weeks at No. 1 with 16 on the Billboard Hot 100 chart this week, earned eight nominations.

The 2019 VMAs will take place at the Prudential Center in Newark, New Jersey, on Aug. 26. Post Malone was surprisingly snubbed: He received zero nominations despite dominating on streaming services, radio and the Billboard charts in the last year.

And late rapper Nipsey Hussle, who posthumously won best male hip-hop artist and the Humanitarian Award at last month’s BET Awards, picked up a nomination for best hip hop for “Higher,” his song and video with DJ Khaled and John Legend.

Swift will drop her album, “Lover,” three days before the VMAs on Aug. 23, making it likely that she will attend and possibly perform at the show. Scooter Braun, who now owns Swift’s music catalog, will likely be in attendance, too: He manages top nominee Grande as well as Justin Bieber, who earned a nomination for best collaboration with Ed Sheeran for “I Don’t Care.”