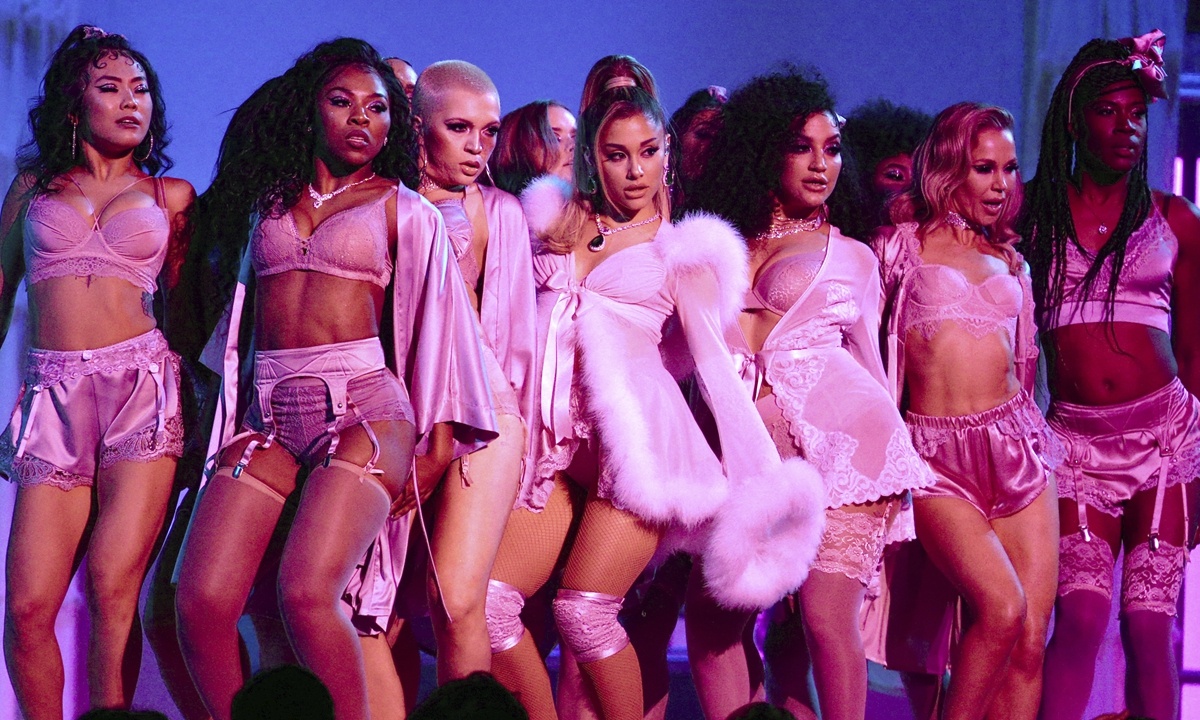 Ariana Grande had the twitterati abuzz Friday after dropping her third album in three years, a pandemic-era meld of juicy pop and soulful R&B that sees the superstar's soaring vocals turn increasingly carnal.

After releasing the title track "positions" last week along with a presidential cosplay music video - in which Grande and her all-female aides conduct White House business looking very Jackie O - the 27-year-old issued her sixth studio album days before a US election playing out during a still-raging pandemic.

"Love u so much i am so so grateful and excited," she wrote on Instagram hours before the album's release.

Grande's album drop comes at a devastating moment for the music industry, with the lucrative tours artists rely on indefinitely stalled.

The particularly thirsty "34+35" had social media flushed. Tracks including "nasty," "obvious" and collaborations with The Weeknd, Doja Cat and Ty Dolla $ign also jumped out as fan favorites.

"Baby pardon my French, but can you speak in tongues," Grande sings in "love language," swinging between her signature breathy lilt and impressive four-octave range.

And "my hair" is a sensual jazz number in which Grande instructs her listeners how to stroke her waist-length locks.

The video for "positions" brought Grande glam to the Oval Office - but the song itself was more about politics of the heart.

"Boy, I'm tryna meet your mama on a Sunday / Then make a lotta love on a Monday," she sings.

But in speaking to her nearly 300 million followers between Instagram and Twitter, Grande has made her electoral views clear and encouraged fans to get out and vote.

"Me on my way to remind u all to vote early and also on my way to switch them positions for u," the Italian-American New Yorker posted along with a promo clip of her strutting through an ersatz West Wing, in a clear nod to Democrat Joe Biden.

"What's your favorite look from the positions video ?" she wrote alongside a mirror selfie.

"lmk and vote for Biden."

In addition to pulling together her new album, Grande has spent the pandemic collaborating with Lady Gaga on the hit "Rain on Me" and Justin Bieber for the quarantine single "Stuck With You."