Arsenal's Granit Xhaka and Sokratis Papastathopoulos say they want to win the Europa League title for their teammate Henrikh Mkhitaryan, who is missing the final for political reasons. 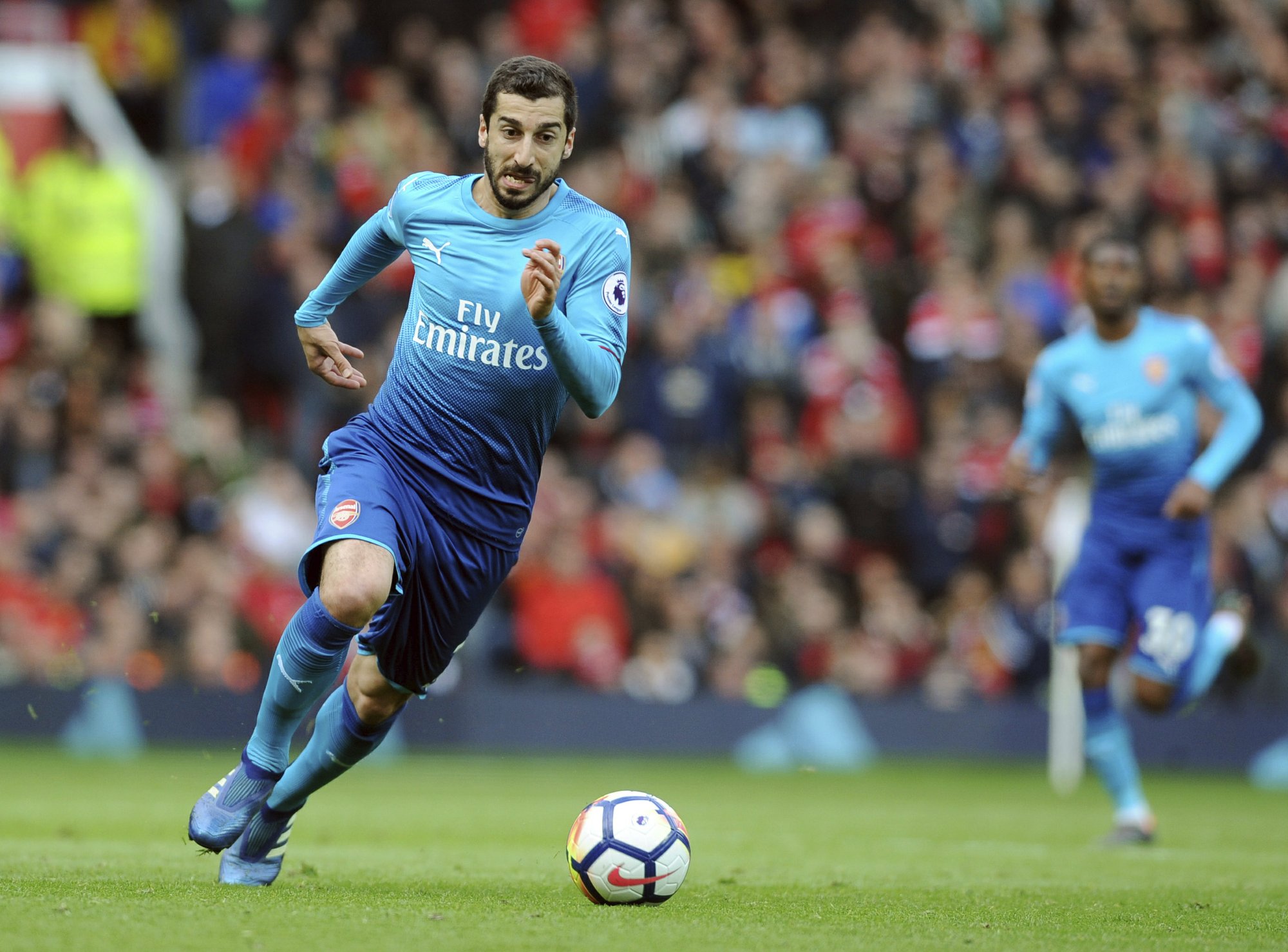 In this Sunday, April 29, 2018 file photo, Arsenal's Henrikh Mkhitaryan runs with the ball during their English Premier League soccer match against Manchester United at the Old Trafford stadium in Manchester, England. (Photo: AP)

Xhaka says "of course we're disappointed he's not here," adding that "we want to give him a trophy too."

Papastathopoulos says "we have also to play for him and for the players who are injured. Tomorrow if we win this game it's also for them."

Mkhitaryan is from Armenia, which has a tense relationship with neighboring Azerbaijan. Before Mkhitaryan said he wouldn't travel, Arsenal had asked Azerbaijan for security guarantees for him, something Azerbaijan says it gave.

Nagorno-Karabakh is a region of Azerbaijan which has been under the control of ethnic Armenian forces backed by Armenia since a war there ended in 1994.