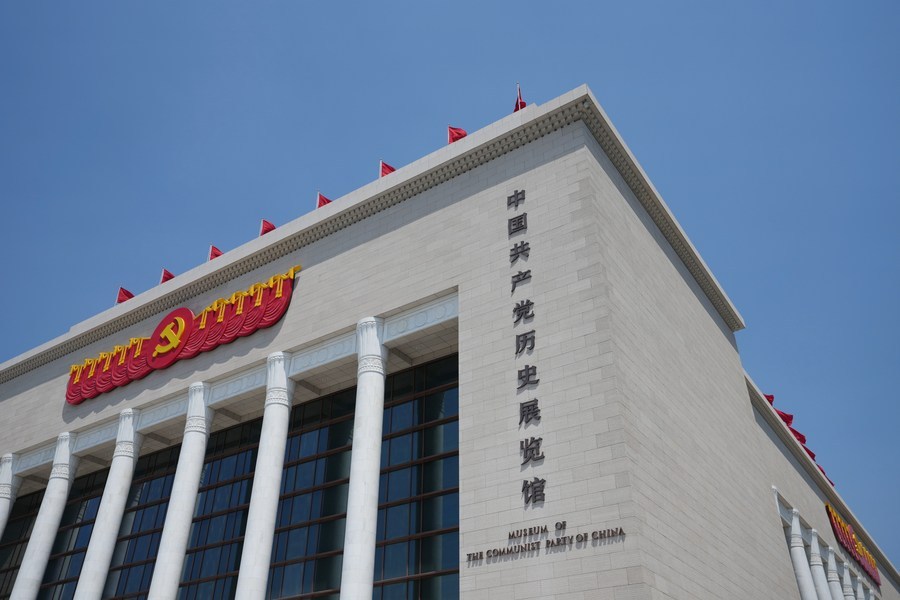 Photo taken on June 22, 2021 shows an exterior view of the Museum of the Communist Party of China in Beijing, capital of China. (Photo: Xinhua)

An art exhibition opened on Sunday in Beijing to celebrate the 100th anniversary of the founding of the Communist Party of China (CPC).

The event, held at the Museum of the CPC, will run until December this year.