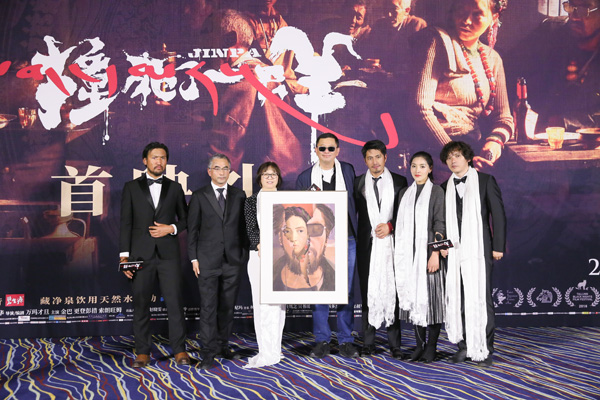 Iconic Hong Kong director Wong Kar-wai revealed that the decision to stick to the opening date for Jinpa, an art-house film produced by his studio, Jet Tone Films, was the result of "rational analysis", despite clashing with the release of Hollywood blockbuster Avengers: Endgame.

As the sixth feature by ethnic Tibetan director Pema Tseden, Jinpa premiered on April 26, just two days after the release of Endgame, which has dominated over 80 percent of China's 60,000-plus screens.

Several films previously planned for similar release dates ahead of the lucrative Labor Day holiday have seen their premieres postponed. These include the action movie Made in Kowloon, featuring kung fu star Max Zhang and mixed martial-arts star Anderson Silva, and the gangster flick Once Upon a Time in Northeast China.

Fueled by millions of enthusiastic moviegoers flooding into theaters, Marvel's latest smash raked in 2.3 billion yuan ($342 million) across China by Monday, accounting for 99 percent of the country's total box-office takings, according to industry tracker Maoyan.

"While the success of Endgame is certainly a milestone for US blockbusters, it will be a success for us if Chinese films are able to follow their own path," Wong says at a promotional event for Jinpa in Beijing on April 22.

Shot in the Hoh Xil National Nature Reserve, the road movie plots the story of a trucker and a killer, whose destinies become mystically interwoven. Its complex yet appealing narrative won the movie the best screenplay award at the Orizzonti (Horizons) program at the 75th Venice International Film Festival in September.

The movie has the support of the China Film Archive and is released in theaters under the China Arthouse Movie Screening Alliance, a chain launched by the archive in 2016 to promote highbrow titles and festival winners.

"We chose to stay with the opening date as we trust our audience has the taste to admire this film," says Wong. 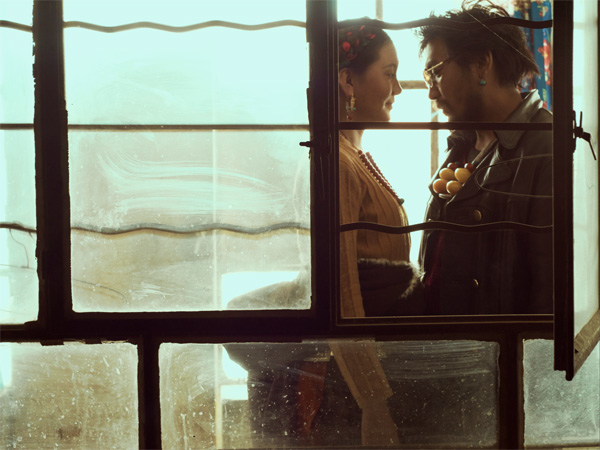 "Making a film is like falling in love with someone. You need impulse and persistence. I hope China's young filmmakers will not be scared off by today's situation (the dominance of the Marvel release in the movie market). If you have the courage and focus to create quality work, I believe art-house films can earn a bigger slice of the market," he adds.

Wong is also the executive producer of Jinpa. He recalls that his crew had wanted to shoot a film about the Tibet autonomous region.

"We needed to recruit a Tibetan director to give the movie an authentic local flavor. I have seen many of Tseden's films and really love his work. The films are very personal and always told in a calm tone," recalls Wong.

As Tseden conceived of the script of Jinpa nearly two decades ago, Jet Tone set their own ideas aside and switched to financing Tseden's story, which was adapted from the combination of The Slayer, a novel penned by Tibetan writer Tsering Norbu, and Tseden's own story, I Ran Over a Sheep.

Through their cooperation, Wong says he has come to understand more about Tibet, its people and their unique lifestyle.

"Tibet is no longer remote to us," he says, adding that the film showed him how Tibetans respect life and nature.

Despite Jinpa being met with online critical acclaim and achieving 7.5 points out of 10 on review site Douban, the film has still struggled to reach just 1.5 percent of the country's screens by Monday. With its opening day box-office takings reaching just 1.33 million yuan, the number of screenings is likely to fall in the coming days.

"China has more than 60,000 screens-seemingly enough to release many different kinds of films. But unfortunately, it seems this still remains a distant dream for us now," says Rao Shuguang, president of the China Film Critics Association.