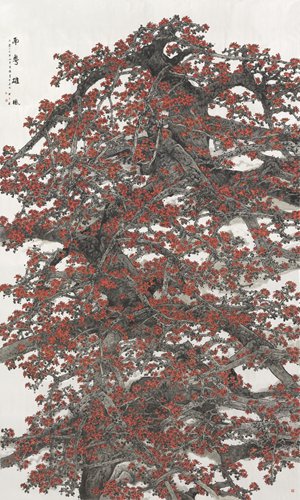 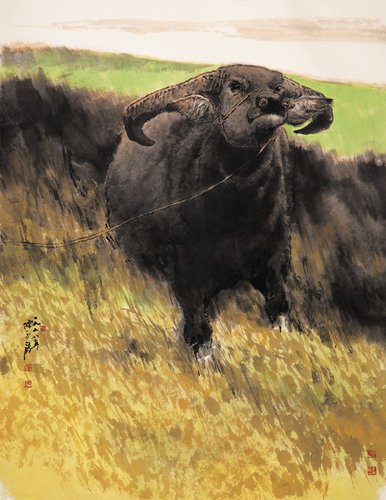 Bird-and-flower painting holds a special place in the modern development of traditional Chinese painting. As a traditional technique, bird-and-flower painting does not shoulder any of the heavy responsibility in art theory or practice that figure and landscape paintings do. The reason is that there is a natural distance between the aesthetic value of birds and flowers and social and historical development.However, although the style cannot play an equally important role as figure and landscape painting, bird-and-flower painting represents the purity of ancient visual art and offers a glimpse into the inner world of the artist and his feelings about nature. This is perhaps a part of the reason the genre has continuously developed over the past five decades.It is reasonable to view Chen Yongqiang's works as an extension of the evolving thoughts and art expression surrounding Chinese painting over the last 100 years. Lin Yong, a famous artist of traditional Chinese painting, wrote in one of his articles that Chen is "harmonious in nature and reality." Nature and reality here not only refer to Mother Nature but also to Chen's personal life experiences and rich sense of history, the latter of which is especially important for an artist. If an artist lacks a sense of history, he or she would be very confused.The realism in his paintings also represents Chen's self-respect and self-abasement, two harmonious but complementary elements. It also provides a standard to evaluate his personal contribution and the value of his life as an artist.Chen's personality, which is free and romantic, can easily give people the impression of an untrained artist who has a knack for painting. However, Chen received extensive training in both poetry and painting, which was quite rare among his peers at that time. Chen learned from many literature and art masters, including Zhu Yongzhai, Li Gemin, Liang Zhanfeng and Chen Ludi. 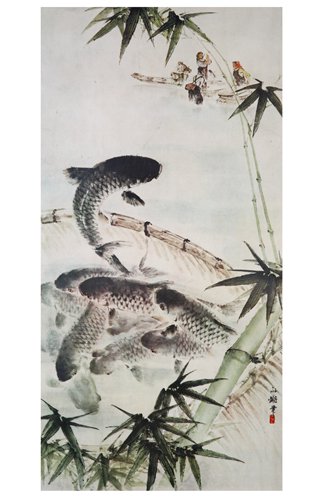 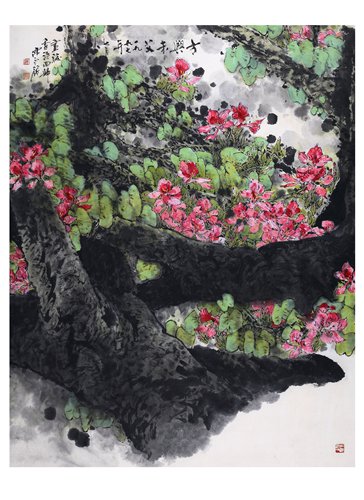 Having studied the traditional Chinese style, Chen also applied himself to a modern academic education at university. According to Professor Yang Zhiguang at Guangzhou Academy of Fine Arts, although Chen majored in bird-and-flower painting, he could sketch and figure paint as good as anyone, even those who majored in figure painting.Freedom and romance are not the only elements influencing Chen's life. Intellect and passion also play a significant role and are the source of his endless energy. Chen is inspired by the modern Lingnan School of Painting's bird-and-flower paintings, which require representing birds and flowers based on an all-around observation of nature. In essence, he never limits himself to a specific area. As a result, he is different from other artists of the Lingnan School. Chen's art practice is more tolerant and independent. He likes to read ancient poems and articles and loves to read translated Western classical literature, modern free verse and essays. He is also interested in landscape and figure painting and ceramic art. His diverse interests help him approach his work from different angles and allow him to observe himself objectively.Chen repeatedly tastes the hardship of life and has a strong will and desire to live. Also not a stranger to sorrow, Chen often draws an ugly old pumpkin in many of his paintings as a kind of "self-portrait." 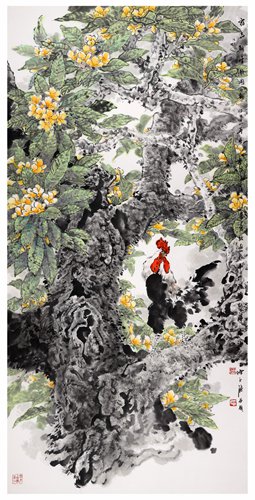 "Land, sunshine and life" are eternal themes in his art and can be interpreted as Chen's singing praise to the glory of life and his choice to become an artist. Several of his works depict typical folk scenes of Lingnan.Among contemporary bird-and-flower painters, Chen stands out as someone who creates his works to represent his life experiences. It is a challenge for a bird-and-flower painter, and it is very brave of him to do so. He surpassed the boundaries of traditional bird-and-flower painting and has found its soul and spirit.Before entering Guangzhou Academy of Fine Arts, Chen had earned a lot of fame as an amateur painter in South China. He was very familiar with the drawing techniques of many masters like Li Gemin and Liang Zhanfeng, and he practiced sketching daily. Chen's mid-1970s work Yu Yue Tu (Jumping fish) shows his keen eye and skill in artistic expression and realism.At the beginning of the 1980s, Chen went to Northwest China for a trip and experienced the charm of the stone carvings of the Han Dynasty (206BC-AD220) and the Tang Dynasty (618-907). The trip inspired him to strengthen his skill in realism, which later made his works different from the Lingnan style.Chen is an outstanding artist because he cherishes the experiences of past traditional artists, constantly enlarges his personal aesthetic and is always interested in and passionate about improving himself. His interest and passion are mostly rooted in his urgent wish to pursue his personal art style. Also, the challenges he faces in life can also gain harmonious resonance when he tries to promote structural strength through creative expression. Having rich life experiences, strong emotions and feelings and fluent in natural, verbal and written expression, Chen could be an independent poet. He is good at seeing the hardship and glory of life in very small things, like a blade of grass, a flower, a tree and so on. Chen's unique style comes from his innate feeling that all creatures are of one family and are essentially the same. Chen's Mo Die (Ink butterfly) can remind people of the theory of Zhuangzi. The butterfly Chen painted flying in the wind and rain, suggests a life that cannot be decided by people alone. While it may not be related to either Taoism or Buddhism, it emphasizes that persistence, both in spirit and in art, and being natural are essential.

Introduction to the artistChen Yongqiang was born in 1948 in Guangzhou, Guangdong Province. He graduated from the Guangzhou Academy of Fine Arts' traditional Chinese painting department with a postgraduate degree in 1981. He is the vice president of the Chinese Painting Institute, head of the Guangdong Province Chinese Painting Institute, a researcher at the Chinese National Academy of Arts and the China National Academy of Painting, and a national level A artist who enjoys the State Council's special allowance.