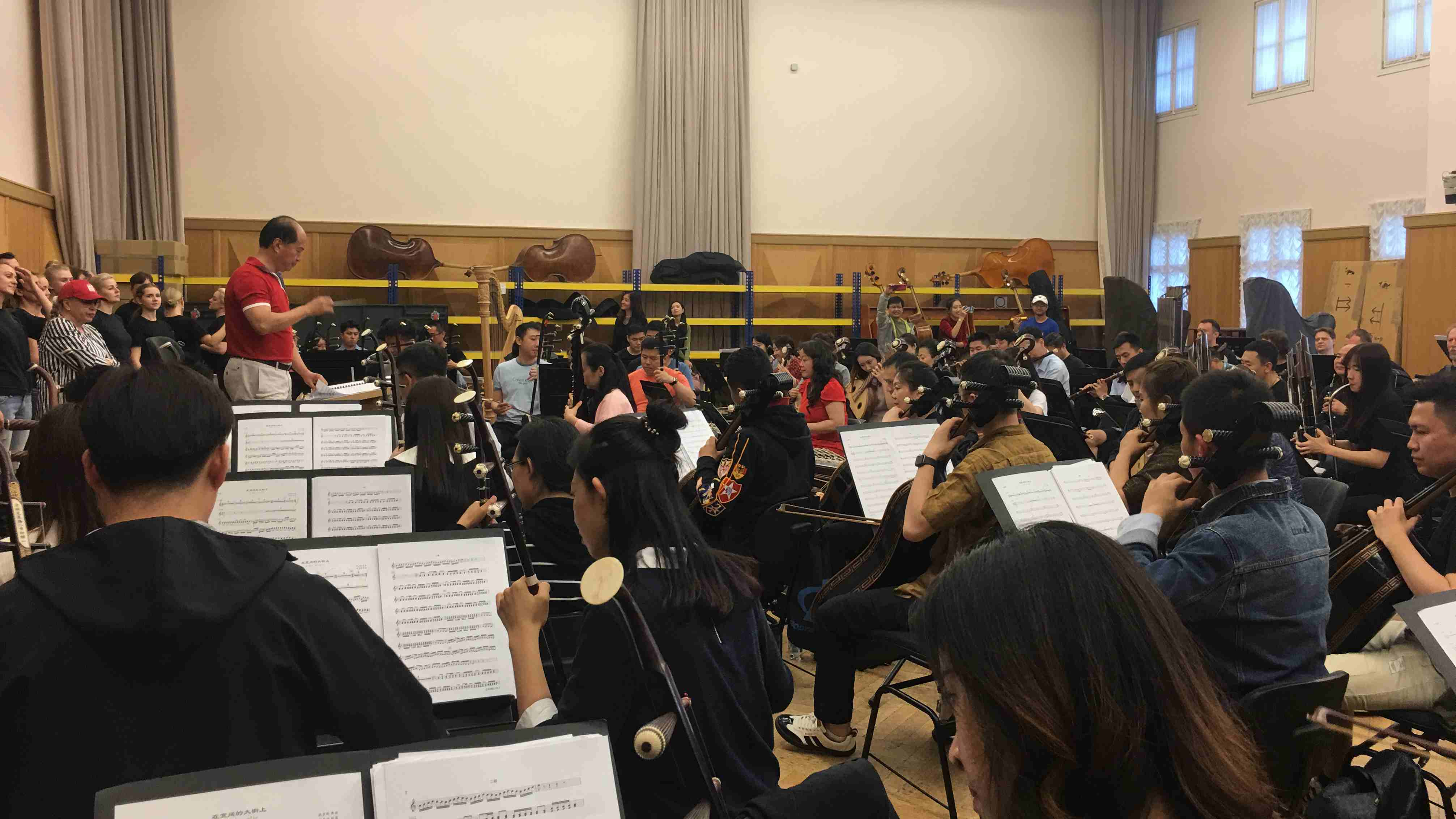 Artists are preparing for the performance to celebrate the 70th anniversary of China-Russia diplomatic relations. (Photos: CGTN)

A performance celebrating the 70th anniversary of diplomatic ties between China and Russia will be staged at the famed Bolshoi Theater during Chinese President Xi Jinping's state visit to Russia.

Nearly 100 Chinese artists and 80 Russian artists are holding a joint rehearsal for Wednesday's performance. They are preparing eight programs, featuring traditional music and instruments from both countries.

"We use classic traditional music of the two countries, then rearrange them, and recompose. We've also composed new music just for this performance," said Zhao Dongsheng, the deputy head of China National Traditional Orchestra.

Talented artists from the two countries will closely cooperate, in an innovative way. 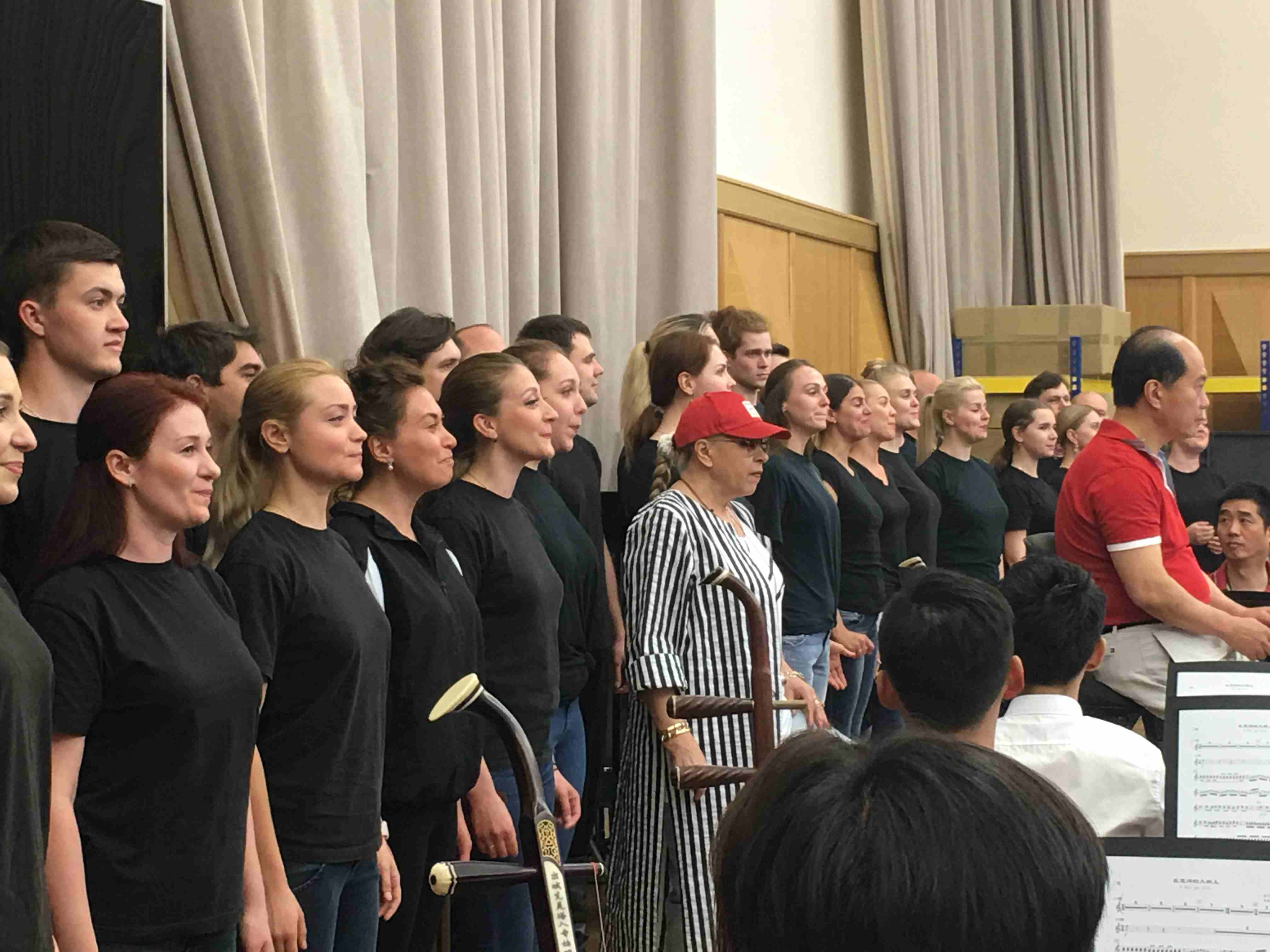 Artists are preparing for the performance to celebrate the 70th anniversary of China-Russia diplomatic relations.

"I'm playing the pipa, which is called the king of Chinese folk music. The Russian musicians will play balalaika. We play dual. The music is a combination of two Chinese tunes, but we have added a little Jazz style. I was really surprised that when we play together, it was extremely harmonious," Zhao Cong said.

"I'm feeling fantastic because we have an incredible merge of timbres, with string instruments, and wind instruments. The musicians are incredibly talented. It's a pleasure to participate, and we are doing our best to be on par with them," said Alexei Vrodlivets, a balalaika player with the Osipov Balalaika Orchestra.

The performance is a critical item on President Xi's agenda while in Moscow. It highlights the cultural exchange between the two countries.

"I feel excited, and it's a big honor for me, as I will play for the president of my country and the Chinese president," said Alexandr Nikolaichuk, a balalaika player with the Osipov Balalaika Orchestra.

The performance will be held in the world-renowned Bolshoi Theater in Moscow.