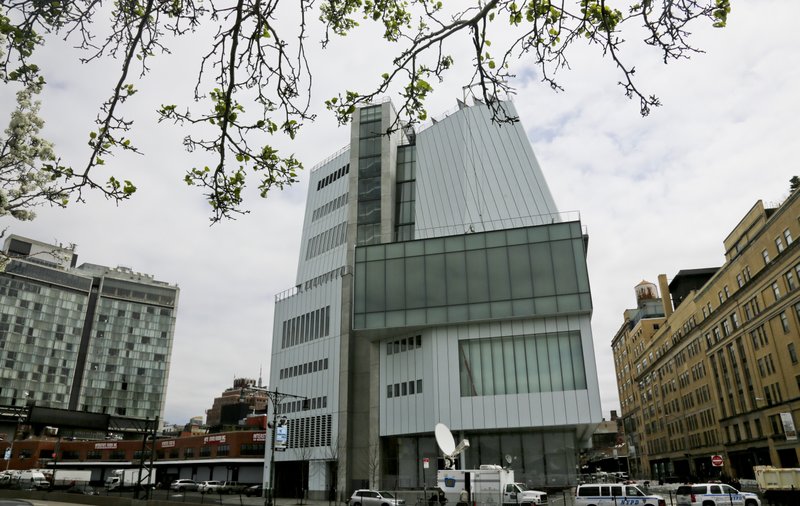 FILE- This April 30, 2015 photo shows an exterior view of the Whitney Museum of American Art in New York. (Photo: AP)

Seven artists have asked New York City’s Whitney Museum to remove their work from its biennial showcase of American art over a museum board member’s ties to the sale of law enforcement supplies including tear gas.

The artists are protesting Warren Kanders’ role as vice chairman of the Whitney’s board. Kanders is the owner of the Safariland Group, which sells body armor for police officers as well as tear gas. Critics of Safariland say the tear gas has been used against migrants at the US-Mexico border.

“The Museum’s inertia has turned the screw, and we refuse further complicity with Kanders and his technologies of violence,” four of the artists said in a letter the showcase’s curators published in Artforum on Friday.

Three additional artists said Saturday that they were withdrawing their work in solidarity. Spinello Projects, a gallery that represents two of the artists, said on Facebook that Safariland “manufactures tear gas and other weapons of repression.”

Adam D. Weinberg, Alice Pratt Brown Director of the Whitney Museum of American Art, said in an emailed statement that the Whitney “respects the opinions of all the artists it exhibits and stands by their right to express themselves freely.”

“While the Whitney is saddened by this decision, we will of course comply with the artists’ request,” he added.

An email seeking comment was also sent to Safariland on Saturday.

Removing the artwork would leave large empty spaces in the exhibit, which runs through Sept. 22. One of the works, Nicole Eisenman’s “Procession,” takes up most of the museum’s sixth-floor terrace.

Artists and the Whitney’s own staff members have been speaking out against Kanders’ presence on the board since November, when more than 100 staff signed a letter calling for his resignation.

Kanders defended Safariland in his own letter addressed to “the Whitney community.”

The Biennial, a survey of new American art that began as an annual show in 1932, typically featured politically charged art and has often sparked controversy.

The 2017 Biennial saw sustained protests over “Open Casket,” a painting depicting the corpse of Emmett Till, a black teenager who was murdered in Mississippi in 1955 after being falsely accused of flirting with a white woman. Protesters said it was exploitative for white artist Dana Schutz to use Till’s image in her work. The painting was not removed from the exhibit.