CULTURE As offerings dwindle, some US churches fear for their future

As offerings dwindle, some US churches fear for their future 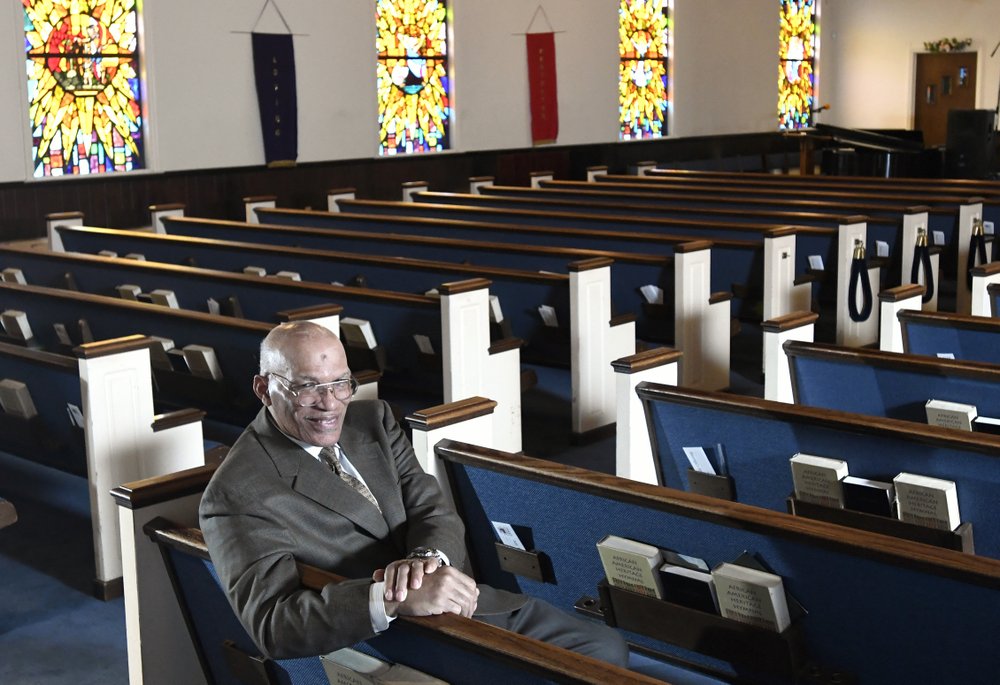 As in-person worship services are canceled or downsized amid the coronavirus outbreak, some churches across the US are bracing for a painful drop in weekly contributions and possible cutbacks in programs and staff.

One church leader, Bishop Paul Egensteiner of the Evangelical Lutheran Church in America’s Metropolitan New York Synod, said some of the 190 churches in his region were unlikely to survive because of a two-pronged financial hit. Their offerings are dwindling, and they are losing income from tenants such as preschools which can no longer afford to rent church venues.

“As much as I’d like to help them, everybody’s reserves are taking a hit because of the stock market,” Egensteiner said,

At Friendship Baptist Church in Baltimore, a mostly African American congregation of about 1,100, the Rev. Alvin Gwynn Sr. bucked the cancellation trend by holding services last Sunday. But attendance was down by about 50%, and Gwynn said the day’s offering netted about $5,000 compared to a normal intake of about $15,000.

“It cuts into our ministry,” he said. “If this keeps up, we can’t fund all our outreach to help other people.”

There was a brighter outcome at the Church of the Resurrection, a large United Methodist Church congregation that operates out of five locations in the Kansas City area.

Cathy Bien, the church’s communications director, said about 25,700 people logged in to join online worship last Sunday after in-person services were canceled. That compared to normal Sunday participation of 14,000 worshippers -– 8,000 in person and 6,000 online.

“It blew our minds,” Bien said. “They were coming from all over the country -– a lot of Methodists from other churches.”

The huge turnout didn’t translate into a larger than normal offering, although the church is still processing checks that were sent by some of the worshippers, Bien said. She expressed hope that financial support will remain robust as the church stresses the need to bolster food pantries and other community programs in the face of COVID-19.

At Trinity Presbyterian Church in Charlottesville, Virginia, giving was down modestly last weekend as the church canceled in-person worship and made the service available online.

The pastor, Walter Kim, said some of his roughly 1,000 congregants have grown accustomed to online giving in recent years, but many worshippers still give in person at the services - an option not available for now.

“We’ll be asking them to sign up (for online giving) or mail a check,” said Kim. He will be urging congregants to bolster the church’s “mercy fund” for use assisting hard-up members of the community as job losses multiply.

In addition to his pastoral duties Kim is president of the National Association of Evangelicals, which represents more than 45,000 evangelical churches. The NAE will be co-hosting a two-day digital summit next week featuring videos from church leaders advising other pastors nationwide how to respond creatively and effectively to the virus outbreak.

The co-host is the Humanitarian Disaster Institute at Wheaton College in Illinois, which already has offered resources to churches in response to COVID-19.

“Some changes are going to be required,” Kim said. “The church is a very creative institution. In the end, it will find ways of fulfilling its mission.”

In Western Massachusetts, the Roman Catholic Diocese of Springfield has indefinitely canceled all public Masses, and recently rescinded permission for parishioners to pray individually at their churches.

Funeral Masses were still allowed with a maximum attendance of 25; the diocese said the times of those Masses were not to be shared in the media,

“Lack of access to the churches and Eucharist is particularly difficult for many older parishioners whose entire daily routine is built around getting up, out of the house, and going to Mass,” said the Rev. Mark Stelzer, who has served in the diocese as a parish priest and college chaplain.

The Rev. William Tourigny, the pastor of Ste. Rose de Lima Church in Chicopee, Massachusetts, said his parish had a solid financial foundation and expected it could maintain all programs and staff payroll for the time being.

“For smaller faith-based communities with little or no reserved funds, difficult decisions will need to be made,” he said.

Joe Wright, executive director of the Bivocational and Small Church Leadership Network in Nashville said many pastors in the network have been holding regular in-person services while monitoring the spread of the virus.

“Once the coronavirus rises to the level where it starts hitting smaller groups, then we’ll see even the smaller groups back away and seek ways to gather, probably electronically,” he said.

When that happens, Wright said, financial giving will depend on the church, especially the age of the congregations.

“Some churches with older congregations do not give electronically so the transition to that will be a little bit harder,” he said.

Ron Klassen, executive director of Rural Home Missionary Association, said it’s too early to say how the rural churches he represents are being impacted.

“My sense is that in the past, people rise up and, if anything, the giving might increase,” he said. “People are going to give. They’ll take care of their church and their community.”

In Baltimore, pastor Gwynn worries that tensions might rise past the point that church outreach programs can help.

He even envisioned the possibility of a stampede toward the goods being doled out after church’s annual food drive.

“My biggest fear right now is what’s happening to the minds of our people,” Gwynn said. “How long can we hold them together?’