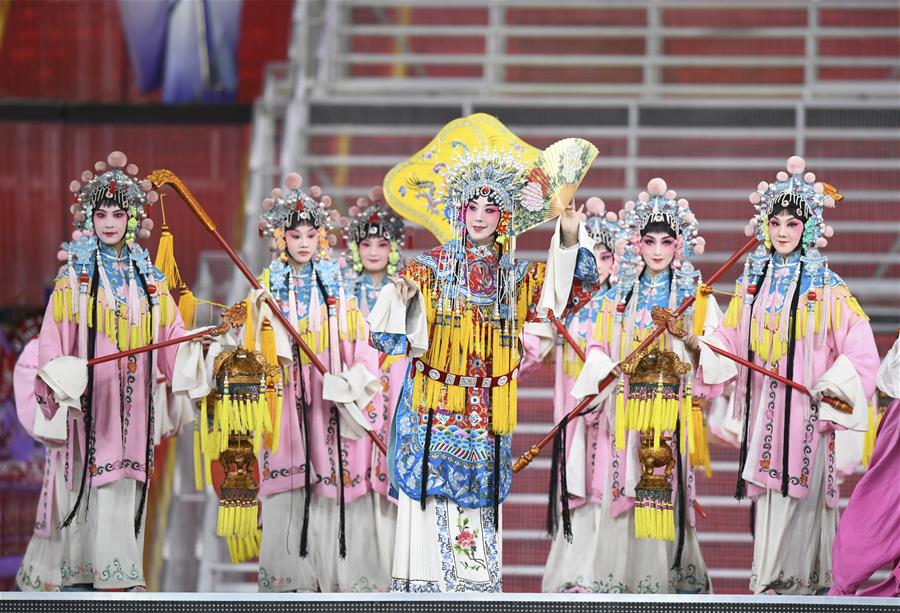 The Peking Opera medley "An Era of Prosperity" is staged at the Asian culture carnival held at the National Stadium, or the Bird's Nest, in Beijing, capital of China, May 15, 2019. (Xinhua/Ju Huanzong)

The Conference on Dialogue of Asian Civilizations (CDAC) opened on Wednesday in Beijing with about 2,000 guests from 47 Asian countries.

A gala called Asian Culture Carnival was staged Wednesday night in the Beijing National Stadium, also known as Bird's Nest. The show is one of the most important activities of CDAC which presented a "professional, international and high-level banquet of culture and art," according to the show's organizer, China Media Group.

Well-known artists and pop stars in and out of Asia gathered at the gala.

Even if the languages and ethnic customs of the show were different, they all promoted Asian cultural prosperity.