CULTURE At All-Star Game, Anthony Davis finds himself in spotlight

At All-Star Game, Anthony Davis finds himself in spotlight

So Davis, obviously, has a lot of questions. 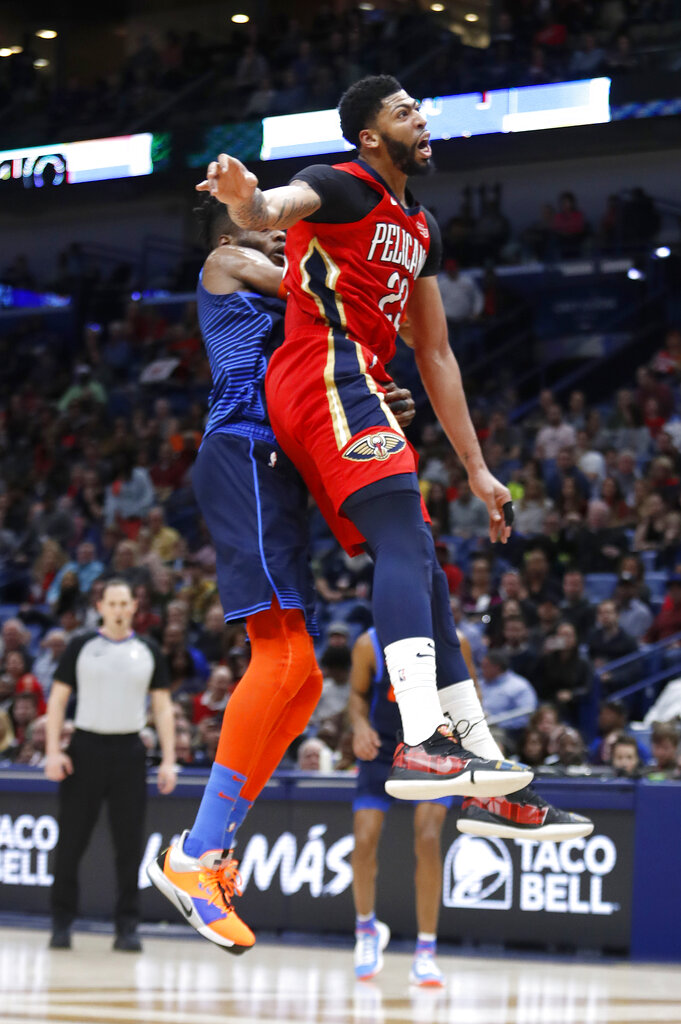 New Orleans Pelicans forward Anthony Davis (23) collides with Oklahoma City Thunder forward Nerlens Noel (3) after attempting to block a shot at the end of the first half of an NBA basketball game in New Orleans, Thursday, Feb. 14, 2019.(Photo: AP)

At All-Star media day, he also had some answers.

Yes, Davis wants to keep playing through the end of the season with New Orleans. No, he didn't eliminate Boston from the list of cities where he would consider playing. Yes, he will test the free agent market in the summer of 2020. And above all else, big market or small market, he insists that having a chance to win is all that matters going forward.

Davis — provided a shoulder strain doesn't keep him out — will finally be LeBron James' teammate Sunday night, when Team LeBron takes on Giannis Antetokounmpo's Team Giannis in the All-Star Game. The league's annual showcase exhibition always comes with subplots, and this year, the one where Davis just asked for a trade that didn't come seemed to generate more All-Star weekend buzz than anything else.

"I'm just keeping it real, to be honest," Davis said while talking with reporters. "I knew that's all you guys wanted to talk about. I just stated how I feel, I stated my intentions and I go on from there."

Davis confirmed that there was a list of teams on his preferred get-traded-to list — James' Los Angeles Lakers, along with the New York Knicks, the Los Angeles Clippers and the Milwaukee Bucks.

He also denied that the Celtics were not on his list, news sure to delight fans in Boston and not the rest of the Eastern Conference.

The Lakers unsuccessfully tried to acquire Davis, and the Pelicans aren't exactly sure what happens now. They fired general manager Dell Demps on Friday and replaced him on an interim basis with Danny Ferry, a move that Davis said caught him by surprise but also doesn't change his thinking that a change of scenery is needed. It's been argued that the Pelicans might be best served not playing Davis, though the NBA — which has already fined the 2017 All-Star MVP for saying he wanted a trade — would surely come down hard if they sat him for no reason.

"It's about the best situation for me, the best fit for me," Davis said. "When the time comes, obviously, I have to re-evaluate my situation and see what market best fits me and go from there."

Here's some more of what to know about the All-Star game:

Neither Dallas' Dirk Nowitzki nor Miami's Dwyane Wade expects to play a lot in the game, which they got invited to by Commissioner Adam Silver to commemorate their NBA careers. Nowitzki is in his 21st season, all with the Mavericks, and hasn't officially said he's retiring. Wade is retiring after 16 seasons, most of them with the Heat. 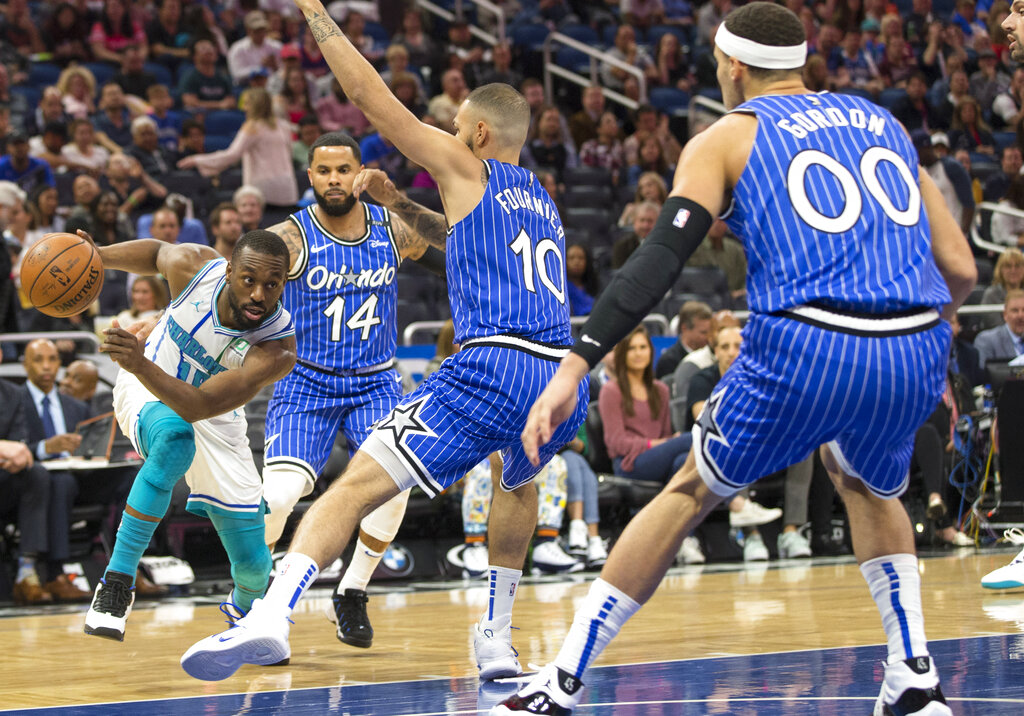 "I'm getting old," Nowitzki said. "This doesn't get old. This is great to be here. Just enjoying the stage one more time."

Wade had his son Zaire on the floor for some of practice on Saturday, as father-and-son were throwing lobs to each other.

"He has the same dream," Wade said, "to one day be sitting up on this podium."

LeBron James is hoping for a close game Sunday.

James was one of the players who decided enough was enough when it came to All-Star teams flirting with scoring 200 points, and wanted to find ways to make the game more competitive. It still doesn't — and won't — have playoff intensity, but last year's game was played at a higher level than any All-Star Game had in years, a 148-145 final, and James wants that to continue.

"I know we all saw the way the game was last year, and we're going to try to top it," James said. "Hopefully, it can come down to the wire, like it did last year, but we'll see. We'll see what happens."

Milwaukee's Giannis Antetokounmpo is relishing his first time as an All-Star captain.

"I'm comfortable on this stage," Antetokounmpo said during media day.

Antetokounmpo, who has led the Bucks to the NBA's best record so far this season and is an MVP frontrunner, says the captaincy — and the mere mention of a team being called Team Giannis — is humbling.

"If you told me that six years ago ... I would have never, never, never thought I would be in this position right now," Antetokounmpo said.

Charlotte's Kemba Walker will have the home crowd on his side Sunday night. And while Walker says he hasn't given much thought to making an All-Star Game MVP push, many of his fellow All-Stars wouldn't be surprised to see the Hornets' guard take a swing at winning that award.

"Kemba is different," said Houston's James Harden, the NBA scoring leader and last season's MVP. "The way he's so crafty, his ball-handling, his shot-making ability. He's been playing at a high level. One of the top players, definitely, as far as playing for the first half of the season, and he's been doing it for some years now. Definitely one of those guys that gets overlooked."

Team Giannis coach Mike Budenholzer, who will have Walker on his team Sunday, said he has a simple gameplan for the Hornets' star.

The All-Star MVPs from nine of the past 13 games will play Sunday. LeBron James, Dwyane Wade, Kevin Durant, Kyrie Irving, Russell Westbrook and Anthony Davis have all won it at least once. James won the award last year.