CULTURE At home on clay: Federer yet to drop set in return to French

At home on clay: Federer yet to drop set in return to French 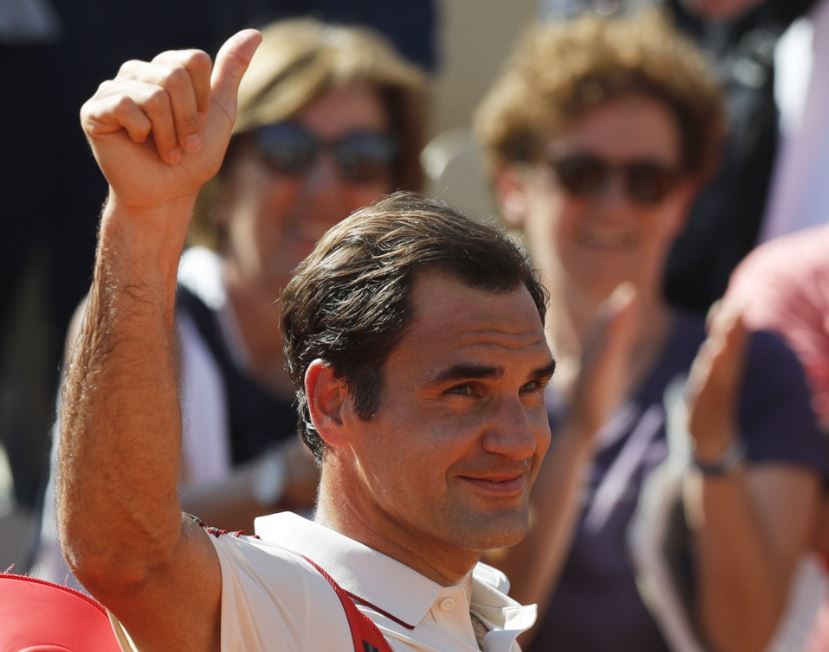 Switzerland's Roger Federer flashes a thumbs up after winning his third round match of the French Open tennis tournament against Norway's Casper Ruud at the Roland Garros stadium in Paris, Friday, May 31, 2019. (Photo: AP)

Roger Federer’s return to Roland Garros after a four-year absence could not have gone better through three matches.

The 20-time Grand Slam champion has not dropped a set — keeping his 37-year-old legs fresh for the challenges to come.

One more win and Federer will be right back where he left off on his last trip to Paris in 2015 — the quarterfinals.

“A few months ago I didn’t know what to expect,” Federer said. “Now I know where my level is at. I still don’t know exactly where my absolute best is, but I feel like it could be there.

“So I’m happy I’m putting myself in a position like this ... after not having played so many years here. The first goal has been reached by getting this deep into the tournament.”

Federer became the first man or woman to play 400 Grand Slam matches, and improved his career record at the biggest tournaments to 345-55.

Wearing an image of the Eiffel Tower on his sneakers, Federer showed the fans in Paris his full arsenal of shots in the concluding tiebreaker.

There was a swinging forehand volley winner, a difficult low volley to set up an easy put-away, one of his trademark forehand passing shots, a volley winner to save a set point and a sharply angled overhead smash to end it.

The 63rd-ranked Ruud is coached by his father, Christian, who was in the stands on Court Suzanne Lenglen.

Federer will next face No. 68 Leonardo Mayer, his fourth straight opponent ranked outside the top 60.

In the women’s draw, Karolina Pliskova looked out of her comfort zone — which came in stark contrast to her dominant performance en route to the Italian Open title this month.

The second-seeded Czech struggled in the longer rallies of a 6-3, 6-3 loss to No. 31 Petra Martic, bending over in exhaustion after extended points on Court Philippe Chatrier.

“The court is pretty slow, so you just have to play some extra shots,” Pliskova said. “I was a little bit ... passive, maybe not that fast. My serve wasn’t really working. I don’t think she did much wrong today. ... I just did too many mistakes.”

Pliskova’s loss meant that Naomi Osaka will keep the No. 1 ranking after the tournament.

It was Martic’s tour-best 14th win on clay this season. The Croatian has not dropped a set in her opening three matches.

“The key was to focus on my game and try to dictate instead of letting her dictate, which is her biggest strength,” Martic said.

Confused by Sevastova’s spins and array of shots, Mertens fell to the clay three times late in the third set, leaving almost her entire body covered in dirt — arms, legs and shirt.

“It was probably the longest match in my career,” Sevastova said after playing for 3 hours, 18 minutes.