CULTURE At Sundance, a fresh look at man's first walk on the Moon

At Sundance, a fresh look at man's first walk on the Moon 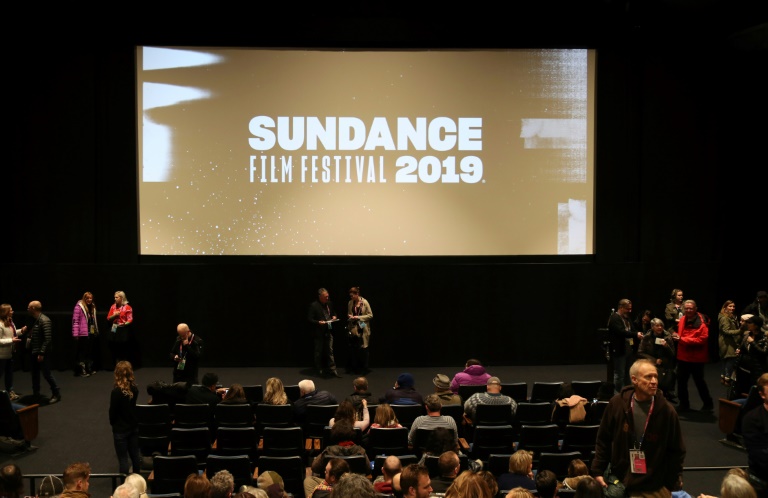 An interior view of the screening room during the "Apollo 11" premiere at the 2019 Sundance Film Festival (Photo: AFP)

It's easy to think that 50 years on, we know everything there is to know about the Apollo 11 mission and man's legendary first footsteps on the Moon.

But never-before-seen NASA footage unearthed in the National Archives offered filmmaker Todd Miller a unique opportunity to revisit what he calls an "amazing testament of human ingenuity."

The result is the documentary "Apollo 11," which made its world premiere late Thursday at the Sundance Film Festival, six months before the formal 50th anniversary of the lunar walk on July 20, 1969.

In an interview with AFP, Miller said he wanted to recount the unfolding of the mission without embellishment -- no narration, just images, in a style reminiscent of France's cinema verite movement in the 1960s.

"What we didn't know when we started the project was that there was a treasure trove of 70mm, large format film, related to the Apollo program -- namely, Apollo 11," Miller explained.

The footage had been somehow lost in the depths of the National Archives for decades, after the US space agency NASA had filed it there.

Miller said he spent two years rescanning "hundreds and hundreds of reels" from that find. And then NASA gave him access to 11,000 hours of uncatalogued audio recordings.

The director and his team listened to a fair bit of that, and relied on research done by experts who had been reviewing it for five years -- and the film took on a whole new dimension.

"We re-scanned all the new stuff but we also re-scanned existing material as well."

The end product is both intimate and monumental -- the stunning new scans were done in high-definition, offering filmgoers a chance to see familiar images in a much larger format, as well as brand-new images of a defining moment in history.

Miller says he vividly remembers when the projector came on for the first time, and he and his team saw the first new images.

"It was an aerial shot of the Saturn 5 being -- in large format, 70-millimeter -- being taken out to the pad. Our jaws were on the floor," he told AFP.

"We knew we had large format material, but we didn't know A, how good it was, and B, we didn't know that they put a large-format camera on a helicopter and got an aerial of that moment," he added.

"It was really, really amazing."

Like "First Man," Damien Chazelle's intimate biopic about Neil Armstrong that came out last year, "Apollo 11" also seeks to remind younger generations of the wonders of space, and how extraordinary the mission was.

For Miller, the work and commitment of the astronauts involved offers "a primer for all that's happening now and for what's to come" in terms of future lunar exploration.

"I hope our film is kind of a time capsule, a historical record that people can watch and go 'Whoo, that is really amazing what those people did'," he said.

"When hundreds of thousands of people can come together like they did for this mission, they can accomplish great stuff, so I think it gives us all hope for the future."

Over the years, Sundance has offered a platform for independent filmmakers and launched movies that have gone on to dominate the Oscars conversation, including 2015's "Manchester by the Sea."

Miller screened his last film, "Dinosaur 13" -- a documentary about the largest Tyrannosaurus Rex fossil ever found -- here in 2014.

This year's festival, which runs through February 3, is the first since founder and screen legend Robert Redford said he was retiring from acting -- maybe.

On Thursday, he said he was planning to step back from being the face of the event, to focus on spending more time with young filmmakers.

"I think we're at a point where I can move on to a different place," he told reporters. "I don't think the festival needs a lot of introduction."