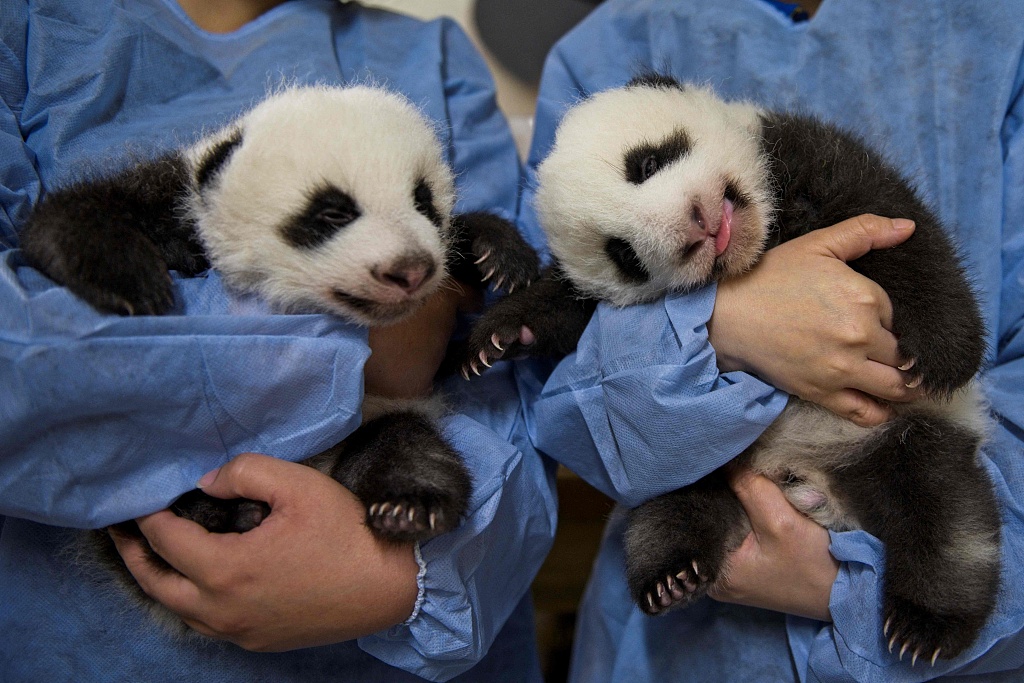 French footballer and Paris Saint-Germain star Kylian Mbappe will be godfather of one of the panda twins and Chinese star diver Zhang Jiaqi, gold medalist in 10-meter synchronised diving at the Tokyo Olympics, will be the godmother of the other baby panda, according to Beauval Zoo, France, on Wednesday.

The panda babies are nicknamed Little Snow and Cotton Flower. Traditionally, the two cubs will be given official Chinese names.

The zoo has posted five possible names on its website for the public to vote on. Mbappe and Zhang will reveal the final Chinese names chosen for the panda babies during an official ceremony scheduled for November 18.

"Their involvement shines a light on the protection of threatened species protection and on the environment," said Delphine Delord, the zoo's director.

The twins were born in the early hours of August 2 to Huan Huan, a female Chinese giant panda living in the Beauval Zoo. Huan Huan arrived at the Beauval Zoo from China in January, 2012 to start a 10-year trip overseas.