Australian celebrity chef and conspiracy theorist Pete Evans was ditched by several companies and had his books pulled from shelves on Tuesday after he posted a Nazi symbol to social media. 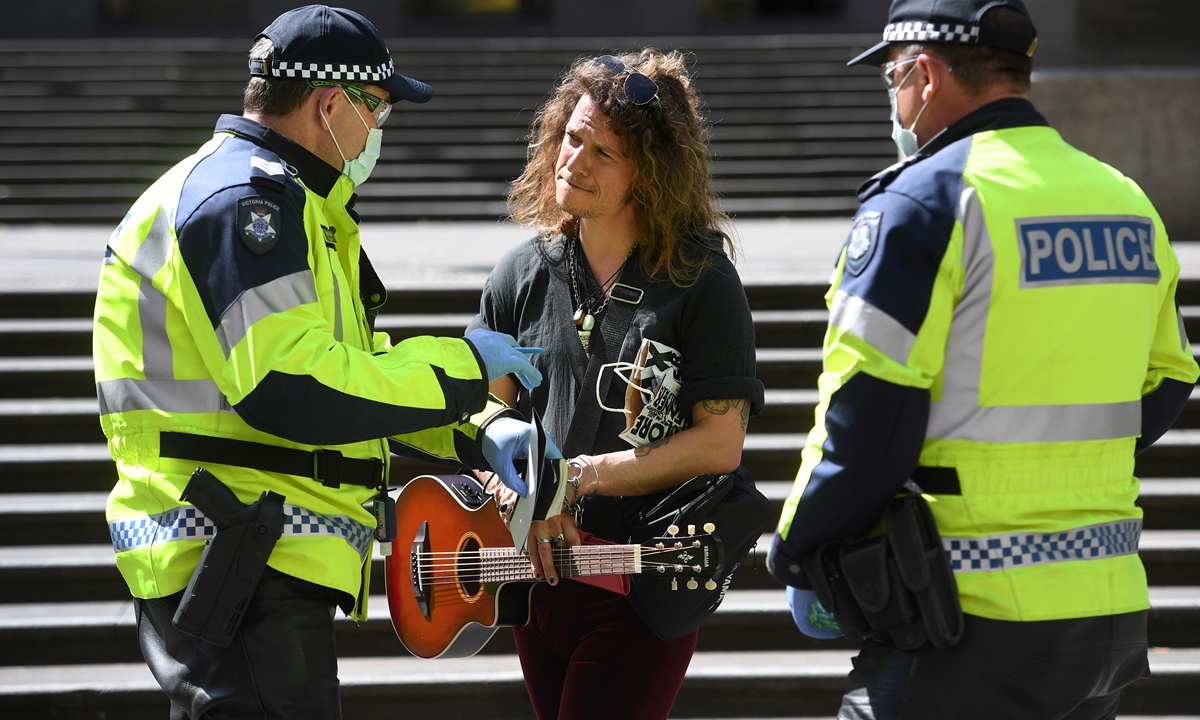 Police speak with protester Dellacoma Rio (center) on September 19, who regularly listens to livestreams of one of Australia's leading purveyors of conspiracy theories, disinformation and pseudoscience "Paleo" Pete Evans, at an anti-lockdown rally in Melbourne, Australia amid the COVID-19 coronavirus pandemic. (Photo: AFP)

Major Australian retailers said they would remove Evans' books and products from stores following a public backlash over his Instagram post that included a "Black Sun" symbol, an image associated with Nazi Germany and used by neo-Nazis.

Publisher Pan MacMillan was among those publicly distancing themselves from Evans, telling retailers they could return his books.

Kitchenware brand Baccarat said it would stop selling a line of products carrying his name.

"In our view, the images and views expressed by Mr Evans are abhorrent, unacceptable and deeply offensive," Baccarat Australia said in a statement. His upcoming appearance on Australia's I'm a Celebrity... Get Me Out of Here reality series was also reportedly canceled.

The since-deleted post features an image of a caterpillar wearing a "Make America Great Again" cap speaking with a butterfly that has the "Black Sun" symbol on its wing.

In a later video to his 1.7 million social media followers, Evans said allegations made against him were "untrue, unfactual and a load of garbage."

Since the coronavirus pandemic began, Evans has routinely promoted conspiracy theories about the outbreak.

He is also known for promoting pseudoscientific dieting ideas such as the palaeolithic diet, earning him the nickname "Paleo" Pete.